The year 2016 marks the 30th anniversary of Alcorn McBride, Inc. Well known for his work as a consultant and systems engineer on the American Adventure and Journey into Imagination at EPCOT, Steve Alcorn took on the role of  COO of Linn Electronics, a leading manufacturer of electronic music systems. After Linn closed its doors in 1986, he formed his own company – Alcorn McBride, which became a leading manufacturer of show control, audio and video equipment for the attractions industry. InPark’s Joe Kleiman asked him five questions.

Alcorn McBride was founded 30 years ago. At the time, what was your vision of the future for the attractions industry and has it been met or exceeded? 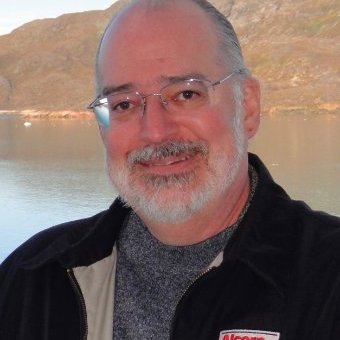 When Alcorn McBride was founded in 1986 we expected smaller scale themed entertainment on the local level to become much bigger than it did. At the time, Family Entertainment Centers were becoming popular and Location Based Entertainment was the new buzzword. Even in the movie business, the trend was to make more, lower budget movies.

But in fact the opposite happened. Just as Hollywood has focused on $100M+ blockbusters, so have the theme parks grown larger, more elaborate, and much more expensive. The widespread development of small venues such as Disney Quest and Blockbuster never happened.

I don’t think anyone in the mid ’80s would have expected Comcast to enter the theme park business and create some of the best—and most expensive—attractions ever built. And the expansion of Disney and Universal into Asia was in its infancy. There are also important new parks, such as LEGOLAND. These new parks are also being built on a major scale, backed by the deep pockets of their investors.

My own first experience working professionally with Alcorn McBride equipment was as a technician on the IMAX Ridefilm system, and, as the name suggests, it entailed both elements of a movie and a ride. What challenges has Alcorn faced over the years as a result of such attraction hybridization?

Our primary business is synchronizing very high quality, high reliability audio and video. The advances of technology—particularly in projection—during the past 30 years have moved even the largest images from film into video, and our ability to synchronize an unlimited amount of uncompressed video delivers a scalable solution, no matter how large the desired image might be. The fact that Alcorn equipment can ride on a high G-force ride vehicle is testament to its versatility. I remember when Star Tours was first developed, a lot of engineering went into getting film projectors onto motion bases. For Alcorn HD Binloops, it’s not an issue to be bounced around all day. 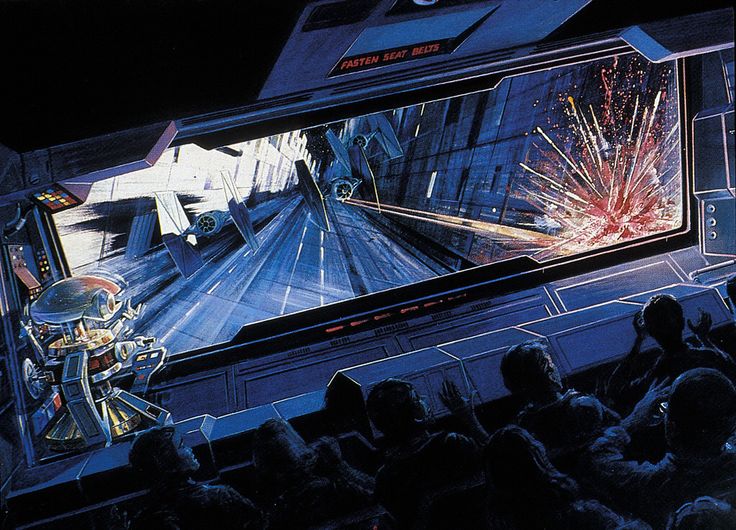 How will virtual and augmented reality (VR and AR) shape the direction Alcorn takes in the future?

These technologies need to be rendered in real time, which is not what we do. I view these technologies as threats to theme parks rather than opportunities, because they are targeted toward individuals sitting at home. Fortunately I think the appeal of theme parks is in shared experience, and in creating massive—and REAL—experiences for guests. VR might be an interesting supplement to a ride, but I suspect it’s this year’s fad as much as it is a game changer. If I want to see an imaginary abyss I can put on a headset at home. If I want to experience a real 200-foot drop, I want the wind in my hair and the REAL ground approaching. Now if only I had some hair.

With your extensive history in the industry, do you tend to experience attractions as the typical guest would or do you find yourself analyzing them from a technical and design perspective?

I think all of us in the theme park business experience a park in an analytical way. Not only am I thinking about the technology behind each experience, but I’m also contemplating throughput, consistency of theming, return on investment, maintenance and operating costs. It doesn’t always ruin the experience though; sometimes it just adds another layer.

Could you share with us what you would consider a hidden gem that uses Alcorn McBride technology?

Our gear is used everywhere, but we’re not allowed to talk about a lot of it. There are some smaller venues I think are particularly stellar, though. Many projects by BRC Imagination Arts stand out, such as Knott’s Berry Farm’s Mystery Lodge. It is an amazing show where a live actor summons up images from a campfire and then magically vanishes at the end. The Abraham Lincoln Presidential Library in Springfield, Illinois offers several wonderful multimedia shows.

Another great small show was the AEGIS theatre at Nauticus, the National Maritime Center in Norfolk Virginia. We designed an audience voting system that allowed guests to interact with a live bridge crew to defend a warship from incoming attacks. If you voted wrong, you got blown up.

Joe Kleimanhttp://wwww.themedreality.com
Raised in San Diego on theme parks, zoos, and IMAX films, Joe Kleiman would expand his childhood loves into two decades as a projectionist and theater director within the giant screen industry. In addition to his work in commercial and museum operations, Joe has volunteered his time to animal husbandry at leading facilities in California and Texas and has played a leading management role for a number of performing arts companies. Joe has been News Editor and contributing author to InPark Magazine since 2011. HIs writing has also appeared in Sound & Communications, LF Examiner, Jim Hill Media, and MiceChat. His blog, ThemedReality.com takes an unconventional look at the attractions industry. Follow on twitter @ThemesRenewed Joe lives in Sacramento, California with his fiancé, two dogs, and a ghost.
Share
Facebook
Twitter
Linkedin
Email
Print
WhatsApp
Pinterest
ReddIt
Tumblr
Previous articleThe Annual Summer Classic Returns to Tivoli with 65 Concerts
Next articleEXCLUSIVE: Four Leading Themed Entertainment Design Firms Join Forces With NASA to Create Unprecedented Space Experience