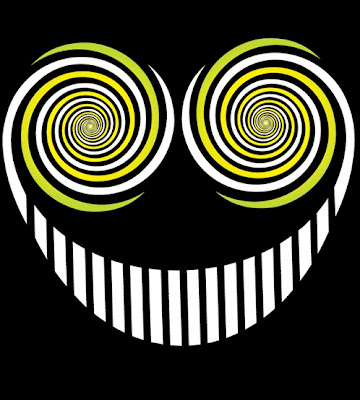 Poole, UK — Alton Towers Resort put the bravery of Londoners to the test ahead of the opening of The Sanctuary – its most disturbing scare maze ever, opening on October 13th at the Resort’s annual Scarefest event.

Commuters on London’s Southbank were stopped in their tracks by staff from The Sanctuary, this year’s newest scare maze themed around a medical facility recently re-opened for the first time in 50 years. The sinister medics, whose bedside manner was anything but comforting, recruited members of the public to undergo a ‘fear test’ in an attempt to gauge the nation’s fear threshold.

Bemused passers-by were subjected to a series of unnerving images including scenes of suspense, brainwashing, and the supernatural. When participants were asked which sections of the video did they find the most disturbing, the answer was surprisingly the scenes of brainwashing.
Lindsey Steele, an administration assistant from Clapton commented: “I found the brainwashing element quite eerie and sinister. There was plenty of footage which made me jump which was pleasant, but the idea of someone or something that I can’t see controlling me really creeps me out.”

The findings will be analysed and incorporated within the new scare maze. The Sanctuary is a recently re-opened establishment where a force known only as the Ministry of Joy will launch a series of trials on the public, recruiting advocates for a new project to be unveiled in 2013. The results from the tests will also be used to finalise elements of a new world-first rollercoaster, due to open in March 2013 at the Alton Towers Resort.

Ben Dowson, project designer for Merlin Magic Makers who is responsible for designing and developing the new 2013 ride at Alton Towers Resort commented, “The idea of an unseen ‘controlling force’ is a really interesting insight that we would be keen to incorporate into both The Sanctuary, and our March 2013 rollercoaster. The Sanctuary is going to give guests a taster of what is to come in 2013 so we want of these attractions to offer our guests the most thrilling experience possible, not just for your body but also for your mind. These tests are crucial in helping us identify what people find the most disturbing.


Scarefest 2012 will also see the return of old favourites including Terror of the Towers and travelling circus Carnival of Screams. With the theme park open until 9pm every night, guests can also experience a host of adrenalin pumping rides and attractions in the dark! Scarefest runs from 13-14th and 19-31st October at the Alton Towers Resort. For more information and to save up to 25% on Scarefest tickets, visit www.altontowers.com.

For more details on the world-first rollercoaster coming to Alton Towers Resort in 2013 visit www.altontowers.com/2013.

Joe Kleimanhttp://wwww.themedreality.com
Raised in San Diego on theme parks, zoos, and IMAX films, Joe Kleiman would expand his childhood loves into two decades as a projectionist and theater director within the giant screen industry. In addition to his work in commercial and museum operations, Joe has volunteered his time to animal husbandry at leading facilities in California and Texas and has played a leading management role for a number of performing arts companies. Joe has been News Editor and contributing author to InPark Magazine since 2011. HIs writing has also appeared in Sound & Communications, LF Examiner, Jim Hill Media, and MiceChat. His blog, ThemedReality.com takes an unconventional look at the attractions industry. Follow on twitter @ThemesRenewed Joe lives in Sacramento, California with his fiancé, two dogs, and a ghost.
Share
Facebook
Twitter
Linkedin
Email
Print
WhatsApp
Pinterest
ReddIt
Tumblr
Previous articleFlying with Frankie
Next articleLiseberg Announces Projekt Helix Multi-Launch Coaster for 2014