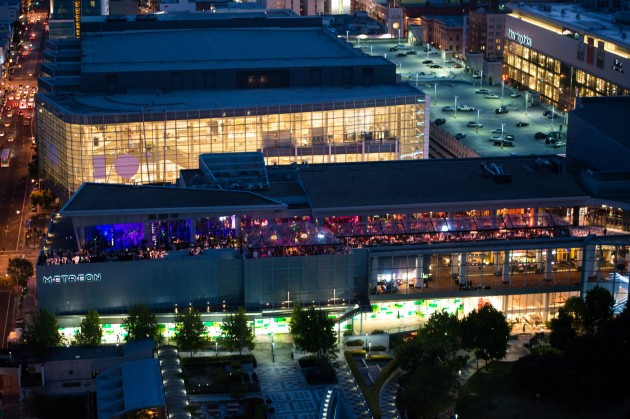 Holly Springs, NC, USA — GSCA is pleased to announce the locations for two events to be held in 2015.The GSCA 2015 Film Expo and Filmmaker Symposium will held in Los Angeles in early March 2015, with the AMC CityWalk as the host theater. In addition to the annual Film Expo, the 2015 March event will include a special symposium for filmmakers featuring hands-on opportunities for those involved in production and postproduction to learn more about the technology and techniques that are unique to the giant screen format.The GSCA 2015 International Conference and Trade Show will be held in San Francisco in September, with the AMC Metreon as the host theater. This annual event will feature films, professional development sessions, technical session, awards, trade show, and more. Dome Day, featuring film screenings and other sessions specific to dome theaters, will be held at The Tech Museum in San Jose.Dates, hotels, and other details will be announced soon and posted at www.giantscreencinema.com.

Joe Kleimanhttp://wwww.themedreality.com
Raised in San Diego on theme parks, zoos, and IMAX films, InPark's Senior Correspondent Joe Kleiman would expand his childhood loves into two decades as a projectionist and theater director within the giant screen industry. In addition to his work in commercial and museum operations, Joe has volunteered his time to animal husbandry at leading facilities in California and Texas and has played a leading management role for a number of performing arts companies. Joe previously served as News Editor and has remained a contributing author to InPark Magazine since 2011. HIs writing has also appeared in Sound & Communications, LF Examiner, Jim Hill Media, The Planetarian, Behind the Thrills, and MiceChat His blog, ThemedReality.com takes an unconventional look at the attractions industry. Follow on twitter @ThemesRenewed Joe lives in Sacramento, California with his wife, dog, and a ghost.
Share
Facebook
Twitter
Linkedin
Email
Print
WhatsApp
Pinterest
ReddIt
Tumblr
Previous articleFifth Loews Resort Announced For Universal Orlando
Next articleFeld Entertainment CEO Kenneth Feld to Hold an Intimate Conversation with Phil Hettema at Sate’14