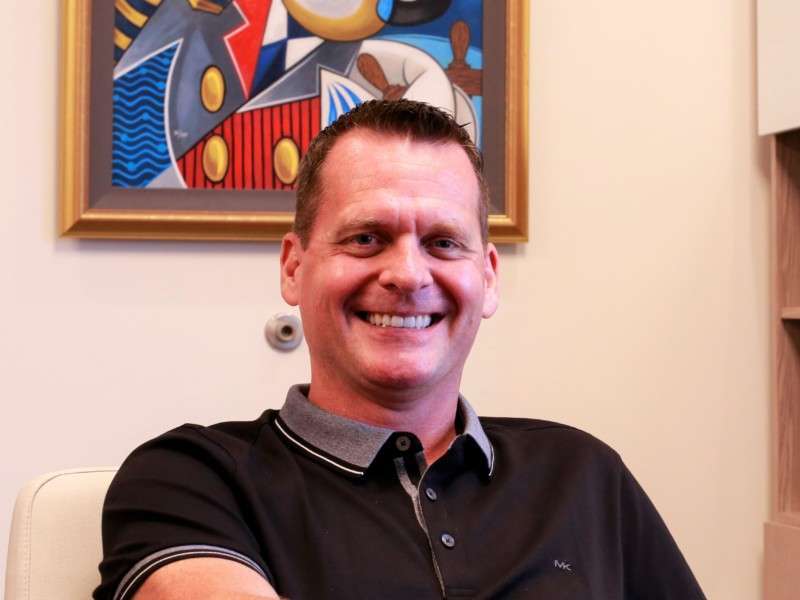 How Animax is driving innovation in animatronics

Chuck Fawcett likes to say that he’s already seen the future. He can’t reveal too much about it, for fear of altering things, but he can tell you that it involves disruptive innovation and endless possibility. After nearly three decades of successes, setbacks, challenges, and change, his company, Animax Designs, finds itself in a position to help drive that disruption, barreling towards Fawcett’s golden vision of tomorrow.

In the beginning was the puppet…

When 21-year-old Chuck Fawcett started his puppetry, animatronics and interactive character company in Nashville, TN in 1989, industry models were limited, but there was great, recognizable potential. This potential was visible in Jim Henson’s cinematic masterpieces such as “Labyrinth” and “Dark Crystal,” which re-imagined and revolutionized what puppetry could accomplish – and inspired Fawcett to become a puppeteer in the first place. The potential could also be recognized in the work of Walt Disney Imagineering, having re-created America’s founding fathers in stunning detail with its Hall of Presidents. And it was evident in the innovations of Nolan Bushnell, co-founder of Atari and Chuck E. Cheese, who introduced America’s first animatronic band.

From that potential came opportunities, and it was Fawcett’s desire to capitalize on those opportunities that led to his creation of Animax Designs. From the start, there was no shortage of naysayers. Nashville may be Music City, but it’s not exactly known as a nexus of puppetry and animatronics. The Animax team’s scrappiness and ability to adapt have been key to the company’s longevity. “We’ve just figured things out as we’ve gone along,” explains Chuck. “When the tide pulled us to the theme park industry, we took full advantage of it. When that tide receded, we concentrated our efforts on television, live shows, and whatever other creative outlets we could find. We followed the ebb and flow to wherever we could get the work.”

“The through line of all that change in our company and our presence in the industry has been our desire to be the best at whatever medium we were engaged in at the time, whether it be puppetry, animatronics, or interactive characters,” says Chuck. “It also points to our willingness to experiment with higher and higher levels of engineering, while making sure not to lose the art and beauty of the characters we are creating.”

Twenty-nine years later, Fawcett and Animax are at the top of their game working with a global clientele in the themed entertainment, live attractions, and location-based entertainment industries including The Walt Disney Company, Nickelodeon, NBC Universal, Warner Bros., Sesame Workshop, Viacom, Six Flags, Feld Entertainment, and SeaWorld Parks and Entertainment.

Animax’s future-focused approach and relentless pursuit of excellence (what Chuck Fawcett wryly calls his “stupid determination”) have catapulted the company into a new period of explosive growth. To meet increasing production demands, the company has expanded from 35 to 130 employees and moved from a 22,000 squareft studio to an 80,000 square-ft, state-of-the-art facility. The company has also brought on new managerial and executive staff to address branding, strategy, human resources, operations, and business development, as well as “in the trenches” disciplines of project management, creative direction, engineering and production.

To further position Animax as a change agent in the animatronics industry, the company has recently launched their Innovation Lab to explore new and untapped ideas. Mechanical systems engineer Jordan Neal, who has worked with Fawcett on Animax research and development (R&D) initiatives in the past, is part of a new innovation “dream team” led by Rob Gosnell, an accomplished electrical and computer engineer with R&D experience in the public and private sectors. Also joining the team is Louis Richardson, a mechanical systems designer who also has a background in concept art and illustration. As the Lab moves into its dedicated space in Animax’s studio in the coming months, Fawcett, Gosnell, Neal, and Richardson will assess the team’s needs and fill out the remaining positions. Says Chuck, “the Innovation Lab will challenge both us and our clients to think bigger about what we can accomplish.”

Fawcett’s vision for the Innovation Lab rests on three basic tenets. First, the physical Lab will be separated from the rest of Animax, operating in an independent fashion so as to improve efficiency and remove typical layers of approval. Reporting directly to Fawcett, the team will be free to “blue sky” as it wants, as it will not be saddled with the burdens of production budgets and schedules.

Second, electromechanical actuators will be the Lab’s initial focus. Actuators, the robotic equivalent of human muscles, often pose the greatest challenges to animatronics design and function, yet at the same time offer the greatest upside. The team will assess past and present actuator solutions, as well as what they envision for the future. In addition to evaluating its own internal processes, the Lab team will draw heavily from other industries, identifying new technologies, techniques, and materials.

The third tenet, making robotics a linchpin of the lab, is rooted in a shift in focus taking place within the company. Fawcett doesn’t want to dispense with the studio’s live performance or puppetry roots, but instead to slingshot that legacy into a high-tech, focused product – the ultimate animatronic character. “It’s hard to formulate that into words,” said Chuck. “But if I were to try, I would describe it as ‘an organically engineered robot wrapped in a transformational character sculpt.’ That captures the essence of what we will accomplish using advanced robotics.” The Innovation Lab will be the physical manifestation of that re-branding, engineering game-changing robotic solutions for the company and its clients, and never-before-seen character technology for the industry.

There’s a reason Chuck Fawcett chooses not to label his unique endeavor an R&D department. “Research often lacks an end goal, and the world ‘development’ can leave you wondering, ‘for what purpose?’” he says. “Whether it’s a little idea captured from a trade show or the big disruptive one, we are making a commitment to not leave any project without an endgame or resolution. The result may often be a dead end, but regardless, we are committed to producing results.” The name “Innovation Lab” also offers a bit of intrigue: “it evokes a 007-style air of mystery, like, what is Q conjuring up now?”

The strategic advantages of the Lab are risk mitigation and process efficiency. The Lab effectively removes the responsibilities for innovation from the studio’s production teams, as well as the risks inherent in innovation. Now, by the time new technologies are introduced into the production process, they have already undergone a rigorous process of trial and error. As Gosnell explains, “We are too often reinventing the wheel from project to project. We thought, ‘let’s help our production teams and our clients find ways to reduce project schedule and cost implications with our already vetted solutions.’”

The Innovation Lab’s advanced solutions have the potential to turn the shop into a showroom. Fawcett, Gosnell and team have the intent to build up a new line of breakthrough products that will be state-of-the-art yet fully factory tested. They see it as a win-win approach that will result in new products and new ways of developing business. “Imagine state-of-the-art bipeds, animated drones, and robot hexapods parading around the shop floor during client visits. The Lab, and the products derived from it, will enable us to introduce clients to solutions that they didn’t even know existed,” says Chuck.

The future of animatronics

As industry technology becomes increasingly sophisticated, and the demands of clients and audiences become increasingly rigorous, the question remains as to where animatronics will fit into the future of themed entertainment. To Fawcett and team, what they perceive to be the excessive use of such digital technologies as AR and VR only serves to solidify the case for authentic, tangible, characters – and Fawcett foresees a pivotal role for animatronics for many years to come.

“The world of animatronics isn’t dying out – the way physical characters are used is just evolving,” says Gosnell. “Instead of being the sole focus, they’re being used in conjunction with other technologies to add depth and reality. No matter how realistic a VR environment is, you still know that you’re in a VR room. You need something physical to fully connect you with the IP and the story.”

“Steve Jobs and that branch of the tech industry have done a major service to the animatronics sector,” adds Chuck. “Our entire society is so used to having twodimensional media in their laps that it has become commonplace, almost boring. People crave ‘different,’ so when they go to a theme park or location-based entertainment experience, they want something other than flat media. Physical characters and environments fill that need and craving. Our challenge now is to stay ahead of that curve and try to predict the next trends that will inform tomorrow’s character types and storytellers.”

As far as what else the future holds? Chuck Fawcett is keeping his predictions to himself. “For now, I’ll just smile, keep dreaming, and watch it all unfold.” • • • 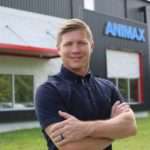 Jay Rottinghaus ([email protected] animaxdesigns.com) is VP, Strategy and Business Development at Animax. He leads the company’s strategic initiatives across the entire firm, ensuring that client objectives are met with creative and operational solutions and that innovation drives future growth. Contact Jay to schedule a meeting at the IAAPA Attractions Expo, November 12-16.

Joe Kleimanhttp://wwww.themedreality.com
Raised in San Diego on theme parks, zoos, and IMAX films, InPark's Senior Correspondent Joe Kleiman would expand his childhood loves into two decades as a projectionist and theater director within the giant screen industry. In addition to his work in commercial and museum operations, Joe has volunteered his time to animal husbandry at leading facilities in California and Texas and has played a leading management role for a number of performing arts companies. Joe previously served as News Editor and has remained a contributing author to InPark Magazine since 2011. HIs writing has also appeared in Sound & Communications, LF Examiner, Jim Hill Media, The Planetarian, Behind the Thrills, and MiceChat His blog, ThemedReality.com takes an unconventional look at the attractions industry. Follow on twitter @ThemesRenewed Joe lives in Sacramento, California with his wife, dog, and a ghost.
Share
Facebook
Twitter
Linkedin
Email
Print
WhatsApp
Pinterest
ReddIt
Tumblr
Previous articleRedefining play in Disney parks
Next articleRethink Leisure and Entertainment: A Lotte water