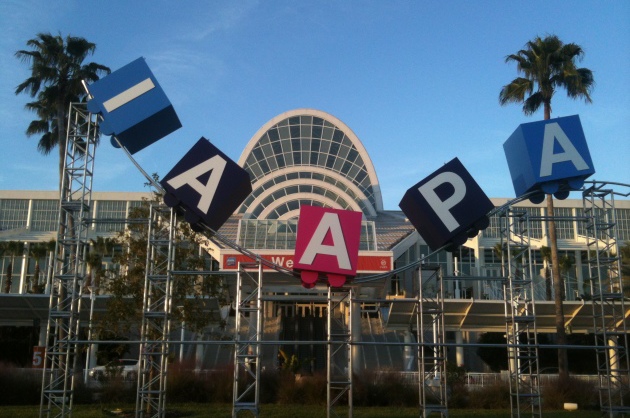 Orlando, FL, USA (November 17, 2014) – Today, at the IAAPA Annual Business Meeting in Orlando, Florida, the International Association of Amusement Parks and Attractions (IAAPA) introduced Gerardo Arteaga, general manager of Fantasilandia in Santiago, Chile, as the organization’s chairman of the board for 2015. The association membership also elected a new treasurer and five new directors to its board of directors. 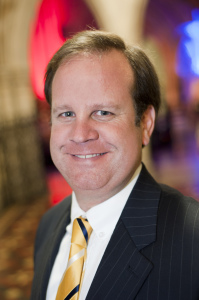 Arteaga has been involved in the attractions industry since his early childhood, when his family established the Fantasilandia amusement park in 1977. He worked in the business throughout his youth, and after completing his university studies he was named regional manager for the family’s Happyland family entertainment center (FEC), which operates facilities throughout Central and South America. In 2000, Arteaga returned to Fantasilandia as customer service manager and was promoted to the role of the park’s general manager in 2002.

Arteaga’s involvement in IAAPA includes serving as a member of the marketing and FEC committees as well as on the advisory committee for Latin America. He served on the IAAPA Board of Directors from 2007-2009 and joined the IAAPA Executive Committee in 2008. In 2011, Arteaga was named IAAPA’s third vice chairman. He was second vice chairman in 2013 and first vice chairman in 2014.

In addition to his IAAPA involvement, Arteaga is also an active member and leader of the Latin American Association of Attractions and Amusement Parks (ALAP) and his charitable initiatives include the Make-A-Wish foundation in Chile.

2015 IAAPA Officers
The IAAPA Board of Directors elected the following officers for the organization for 2015:

New Treasurer and Directors
The following IAAPA members were elected as treasurer and directors at the association’s annual business meeting on Nov. 17:

Joe Kleimanhttp://wwww.themedreality.com
Raised in San Diego on theme parks, zoos, and IMAX films, Joe Kleiman would expand his childhood loves into two decades as a projectionist and theater director within the giant screen industry. In addition to his work in commercial and museum operations, Joe has volunteered his time to animal husbandry at leading facilities in California and Texas and has played a leading management role for a number of performing arts companies. Joe has been News Editor and contributing author to InPark Magazine since 2011. HIs writing has also appeared in Sound & Communications, LF Examiner, Jim Hill Media, and MiceChat. His blog, ThemedReality.com takes an unconventional look at the attractions industry. Follow on twitter @ThemesRenewed Joe lives in Sacramento, California with his fiancé, two dogs, and a ghost.
Share
Facebook
Twitter
Linkedin
Email
Print
WhatsApp
Pinterest
ReddIt
Tumblr
Previous articleLatiTube Surfing System Newest Addition to WhiteWater Family
Next articleReynolds Polymer Technology Provides Custom Acrylic for Scheels Store Entrance in Billings, Montana