Everything old is truly new again at Audubon Louisiana Nature Center, which reopened on October 6. The sprawling, 86-acre site has undergone a $10 million restoration that returns the center to its rightful place as a must-see destination for families throughout the region.

Back are many of the popular features that were built in the years following the Nature Center’s 1980 opening, including a planetarium, an 8,500-square-foot Exhibit Pavilion, classrooms, interactive educational exhibits, a network of trails and boardwalks, restrooms, animal care space, extensive landscaping and parking.

The centerpiece of the Exhibit Pavilion is a 3,500-square-foot Interpretive Center featuring movable displays and a three-dimensional depiction of a cypress forest with creatures that live in the water, on the land and in the trees. The design allows for exhibits to be moved easily to convert indoor space for community events. 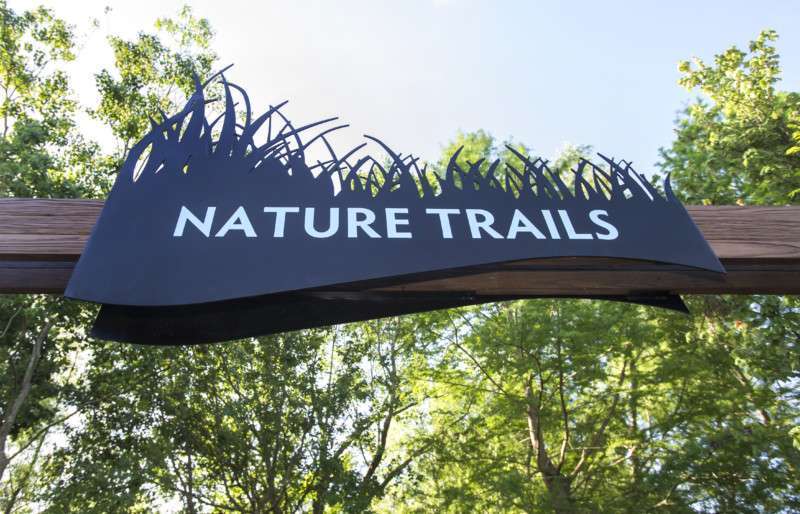 Around the perimeter is the 1.5-mile Adventure Trail. Visitors also can enjoy a quarter-mile, kid-friendly – though rustic – Discovery Trail. The renovation features about one mile of new boardwalks and several primitive trails.

Restoration of the glass-and-steel greenhouse that was known as the Botany Center is still in the planning stages. 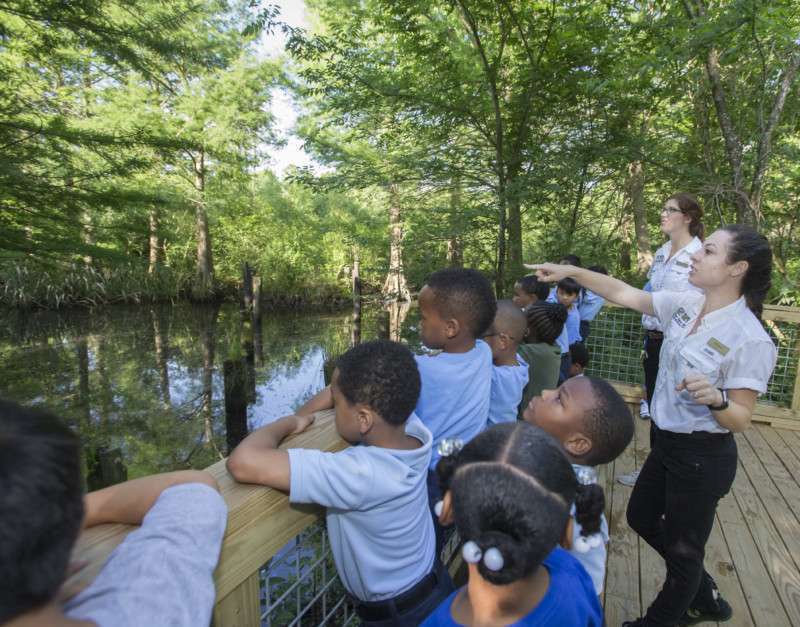 The Louisiana Nature Center opened its doors on March 23, 1980, offering a scenic interpretation of the Mississippi River Delta and Louisiana Coastal Zone in Joe Brown Park. It was among the first facilities of its kind to receive and maintain accreditation by the American Association of Museums. In 1993, the Nature Center’s board of trustees approached the Audubon Nature Institute about a merger. Recognizing that the two organizations shared a commitment to inspire people of all ages to appreciate the natural world, an agreement was forged a year later to take advantage of Audubon’s proficiency in development, marketing, finance and human resources.

The Nature Center has remained closed since the storm as Audubon’s leadership worked with representatives of FEMA, the U.S. Army Corps of Engineers, city and state government and community leaders to map out a restoration strategy.

Since the storm in 2005, an invasive species of tree, Chinese Tallow, has taken over the site. While much of the Tallow has been removed, there is still a need to replant native Louisiana trees and plants.

The Nature Center’s return follows a major rebuilding effort in Joe Brown Park launched by the city of New Orleans that has restored recreational areas and added two new stadiums for high school football and track. The Nature Center restoration is an integral part of the master plan for the area.“This new, state-of-the-art facility will introduce generations of Louisiana and Gulf Coast families to the wonders of the fragile ecosystems that they call home,’’ Niebuhr said.

Joe Kleimanhttp://www.themedreality.com
Raised in San Diego on theme parks, zoos, and IMAX films, Joe Kleiman would expand his childhood loves into two decades as a projectionist and theater director within the giant screen industry. In addition to his work in commercial and museum operations, Joe has volunteered his time to animal husbandry at leading facilities in California and Texas and has played a leading management role for a number of performing arts companies. Joe has been News Editor and contributing author to InPark Magazine since 2011. HIs writing has also appeared in Sound & Communications, LF Examiner, Jim Hill Media, and MiceChat. His blog, ThemedReality.com takes an unconventional look at the attractions industry. Follow on twitter @themedreality Joe lives in Sacramento, California with his fiancé, two dogs, and a ghost.
Share
Facebook
Twitter
Linkedin
Email
Print
WhatsApp
Pinterest
ReddIt
Tumblr
Previous articleParques Reunidos and Discovery Communications Partner on Themed Entertainment Centers
Next articleChristie and Cocolab Illuminate Mexico’s Teotihuacan Pyramids with Projection Mapped Show