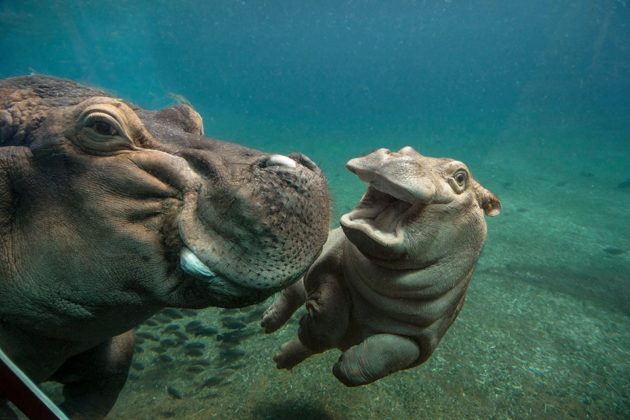 Opening General Session
Life at the Speed of Light
Friday, September 9, 8:00 am 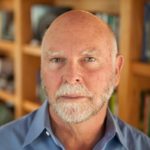 In 2010, J. Craig Venter and his team at the Venter Institute became the first to successfully construct “synthetic life” – putting humankind at the threshold of the most important and exciting phase of biological research, one that will enable us to actually write the genetic code for designing new species that can be used in many ways for the betterment of mankind. The science of synthetic genomics promises a profound impact on human existence, including new chemical and energy generation, human health and medical advances, clean water and food production, positive environmental impact, and possibly even our evolution.

In Life at the Speed of Light, Venter presents a fascinating and authoritative study of this emerging field from the inside – detailing its origins, current challenges and controversies, and projected effects on our lives. This scientific frontier provides an opportunity to ponder anew the age-old question “What is life?”.

J. Craig Venter, Ph.D., is regarded as one of the leading scientists of the 21st century for his numerous invaluable contributions to genomic research. He is Founder, Chairman, and CEO of the J. Craig Venter Institute (JCVI), a not-for-profit, research organization with approximately 300 scientists and staff dedicated to human, microbial, plant, synthetic and environmental genomic research, and the exploration of social and ethical issues in genomics.

Dr. Venter is Founder and CEO of Synthetic Genomics Inc (SGI), a privately held company dedicated to commercializing genomic-driven solutions to address global needs such as new sources of energy, new food and nutritional products, and next generation vaccines.

Dr. Venter began his formal education after a tour of duty as a Navy Corpsman in Vietnam from 1967 to 1968. After earning both a Bachelor’s degree in Biochemistry and a Ph.D. in Physiology and Pharmacology from the University of California at San Diego, he was appointed professor at the State University of New York at Buffalo and the Roswell Park Cancer Institute. In 1984, he moved to the National Institutes of Health campus where he developed Expressed Sequence Tags or ESTs, a revolutionary new strategy for rapid gene discovery. In 1992, Dr. Venter founded The Institute for Genomic Research (TIGR, now part of JCVI), a not-for-profit research institute, where in 1995 he and his team decoded the genome of the first free-living organism, the bacterium Haemophilus influenzae, using his new whole genome shotgun technique.

Dr. Venter and his team at JCVI continue to blaze new trails in genomics. They have sequenced and analyzed hundreds of genomes, and have published numerous important papers covering such areas as environmental genomics, the first complete diploid human genome, and the groundbreaking advance in creating the first self- replicating bacterial cell constructed entirely with synthetic DNA.

Dr. Venter is one of the most frequently cited scientists, and the author of more than 280 research articles. He is also the recipient of numerous honorary degrees, public honors, and scientific awards, including the 2008 United States National Medal of Science, the 2002 Gairdner Foundation International Award, the 2001 Paul Ehrlich and Ludwig Darmstaedter Prize and the King Faisal International Award for Science. Dr. Venter is a member of numerous prestigious scientific organizations including the National Academy of Sciences, the American Academy of Arts and Sciences, and the American Society for Microbiology. 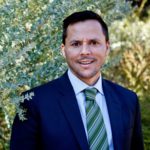 Before his appointment as Threatened Species Commissioner in 2014, Gregory was deputy head of the Australia’s delegation to the United Nations Climate Change negotiations. Gregory has spent much of his career as a diplomat and has also worked on social and Indigenous policy reform.  He has twice taken leave from the Australian Government to work on Indigenous community development where he has worked closely with Indigenous peoples in Kakadu, Arnhem Land and Central Australia.

Gregory began his career with Australia’s Department of Foreign Affairs and Trade in 1992 and has been on postings to China and Japan. When in China, Gregory worked on environmental issues including negotiating a bilateral agreement to protect habitat for migratory bird species.

Gregory speaks Mandarin Chinese, has a first class honours degree in Economics (majoring in Econometrics) and a Masters Degree in Foreign Affairs and Trade.  He is and Australian of shared European, Aboriginal and Persian ancestry.

Joe Kleimanhttp://wwww.themedreality.com
Raised in San Diego on theme parks, zoos, and IMAX films, InPark's Senior Correspondent Joe Kleiman would expand his childhood loves into two decades as a projectionist and theater director within the giant screen industry. In addition to his work in commercial and museum operations, Joe has volunteered his time to animal husbandry at leading facilities in California and Texas and has played a leading management role for a number of performing arts companies. Joe previously served as News Editor and has remained a contributing author to InPark Magazine since 2011. HIs writing has also appeared in Sound & Communications, LF Examiner, Jim Hill Media, The Planetarian, Behind the Thrills, and MiceChat His blog, ThemedReality.com takes an unconventional look at the attractions industry. Follow on twitter @ThemesRenewed Joe lives in Sacramento, California with his wife, dog, and a ghost.
Share
Facebook
Twitter
Linkedin
Email
Print
WhatsApp
Pinterest
ReddIt
Tumblr
Previous articleAltered States, Alterface
Next articleInfrared Inspires the New Interactivity – Gantom