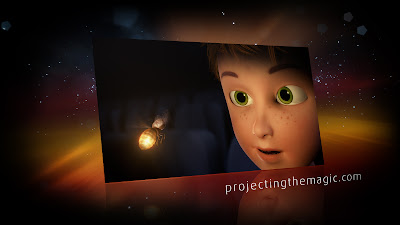 Rancho Cordova, CA, USA — “The laser projection presented today by Barco is the best projection, truly the most stunning images, I’ve ever seen on-screen in my life,” said Douglas Trumbull, legendary film maker and visual effects pioneer. “This is where we need to go as an industry to save the movie industry from decline. If you want to get people into theaters, you have to do this. The level of brightness, color gamut and saturation that Barco’s laser projector delivers is paramount to achieving the ultimate production value.”

Barco demonstrated its 4K laser projection technology on a 70-foot screen, providing a glimpse of where cinema is heading as an industry. Exceeding 55,000 ANSI lumens, Barco’s laser projector prototype achieved even higher brightness levels than its Guinness world-record holding DP2K-32B digital cinema projector, the first time a laser projector has presented a 4K movie on a giant screen. Compared to traditional xenon lamp-based projectors, laser technology offers several advantages, including brighter images and a wider color gamut, longer lifespan (up to 10 times longer), and sustained brightness over the life of the laser light source.

Premiere Cinemas VP of Cinema Operations Joel Davis attended the laser projection demonstration, remarking, “The contrast ratio on the screen and full brightness are unbelievable.” Another exhibitor, Cinergy Cinemas CEO Jeff Benson, commented, “This was the brightest image I’ve ever seen on a screen that size – really impressive!”

David Keene, Executive Editor of NewBay Media’s Systems Group, commented, “The most dramatic demo at the Digital Cinema Symposium was Barco’s showing of a prototype laser projector. The audience saw a stunning display on a massive screen with a light output they have never seen anywhere: 600 watts of laser light into the 4K DLP (with a 1.38 inch chip), super high contrast, with amazingly uniform light output to the last inch of every corner of the screen. It’s impossible to describe the combined, synergistic effect of simultaneous very high light output, higher contrast, and 4K resolution.”

“What our customers want now more than anything is brightness. That’s what improves the user experience right now in 3D,” said Todd Hoddick, VP Entertainment for Barco North America. “The key is to drive the combination of brightness and light levels up, while driving total cost of ownership down. Laser is going to help us make our customers more profitable and give them choices in content. Most importantly, it addresses the most important and frequent request we get, ‘Can you give us more light output?’ What we’ve proven today is a resounding ‘yes, we can.’”

ABOUT BARCO
Barco, a global technology company, designs and develops visualization products for a variety of selected professional markets. Barco has its own facilities for Sales & Marketing, Customer Support, R&D and Manufacturing in Europe, North America and Asia Pacific. Barco (NYSE Euronext Brussels: BAR) is active in more than 90 countries with about 3,500 employees worldwide. Barco posted sales of 897 million euro in 2010.  www.barco.com

Joe Kleimanhttp://wwww.themedreality.com
Raised in San Diego on theme parks, zoos, and IMAX films, InPark's Senior Correspondent Joe Kleiman would expand his childhood loves into two decades as a projectionist and theater director within the giant screen industry. In addition to his work in commercial and museum operations, Joe has volunteered his time to animal husbandry at leading facilities in California and Texas and has played a leading management role for a number of performing arts companies. Joe previously served as News Editor and has remained a contributing author to InPark Magazine since 2011. HIs writing has also appeared in Sound & Communications, LF Examiner, Jim Hill Media, The Planetarian, Behind the Thrills, and MiceChat His blog, ThemedReality.com takes an unconventional look at the attractions industry. Follow on twitter @ThemesRenewed Joe lives in Sacramento, California with his wife, dog, and a ghost.
Share
Facebook
Twitter
Linkedin
Email
Print
WhatsApp
Pinterest
ReddIt
Tumblr
Previous articleUniversal Studios Hollywood to Launch Marketing Campaign for Transformers 3D Ride Superbowl Sunday
Next articleLas Vegas Waterpark Opening Delayed Until 2013