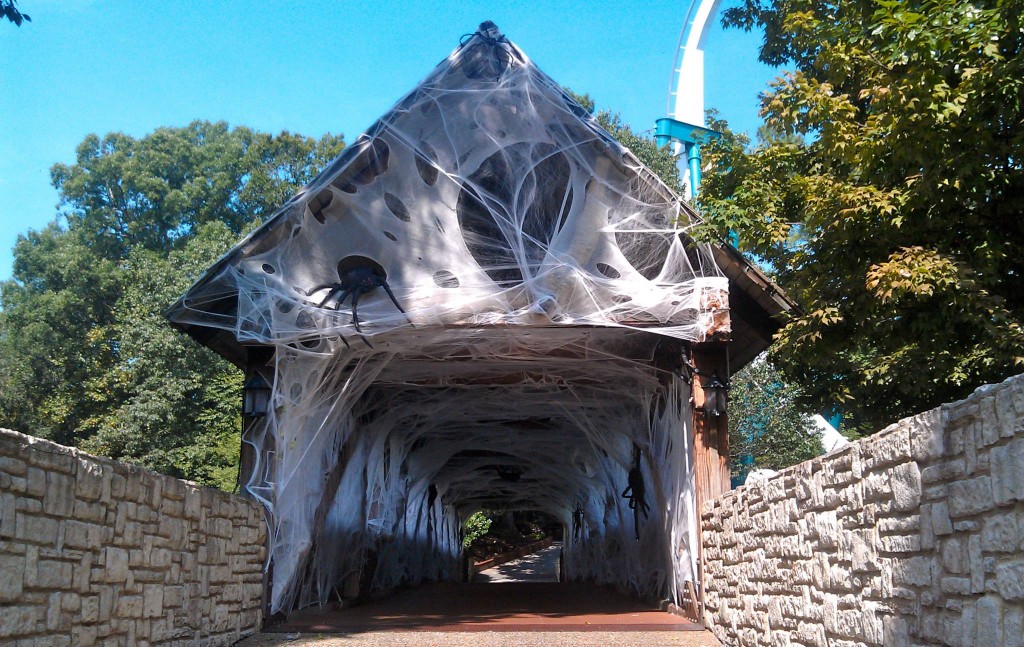 New for 2013 … Things are looking a bit unsettling in England with a murderer on the loose plucking unsuspecting victims from the city streets to satisfy his grizzly curiosity. No one knows what Jack the Ripper looks like or who he will strike next. Authorities hunt furiously among the crowds in search of the killer nabbing anyone who looks at all suspicious. Keep your head down and your wits about you or you might not make it out alive.

New for 2013 … Even vampires need a vacation once in a while and Vampire Point® is the perfect destination for bloodsuckers. Watch your step and your neck or you might end up the main course at the Blood Banquet™. Dawn is hours away, so your last salvation lies in escaping the vampire village before the inhabitants sink their fangs into you.

New for 2013 … Paris is burning. Can you escape before the city is engulfed in flame? Let the smoldering ruins light your way, but beware, fiery fiends lurk around every corner ready to put you on the coals. The smell of a burning inferno fills the air and rumor has it unsuspecting souls will be roasted on a spit. It’s about to get very hot in Paris, so stay cool or you may find yourself going up in smoke.

New for 2013 … The Jolly Roger has risen over a ship graveyard filled with lost souls doomed to haunt the vessels they once sailed. Chart your course through Cut Throat Cove™ or cozy up to the Pirate Baarrrgh™ for a swill ‘o the grog, but keep a weather eye open or you may find yourself keel-hauled by cut-throat buccaneers.

New for 2013 … Heed the warning:  Abandon hope all ye who enter. Cut Throat Cove™ is the haven for bloodthirsty, dangerous rogues – where the scurvy dogs, buccaneers and scoundrels go for shelter. Proceed with caution. Alas, something has gone terribly wrong. Within this macabre market, the pirates have been slaughtered and mutiny is afoot.  The way out lies with the buried treasure and the blood-curdling screams you hear just might be your own.

For 13 long years, the dark tower was locked away from the world—existing only in the nightmares of those who had dared to experience Howl-O-Scream’s first and most terrifying maze. But now the seal has been broken. The tower is open once more and on the 13th floor, your darkest phobias and fears lurk in the shadows. Are you brave enough to face them or is your number up?

Root of All Evil

The seeds of evil have been sown. Venture if you dare into a decrepit greenhouse. Experiments here have not gone as planned and evil has taken control. Botanists, landscapers and staff all poisoned by the very plants they created. In this maze of foliage, you are ripe for the pickings.

Through a ruined cemetery filled with statues lies a tunnel that leads to an underground city. Its history is more terrifying than that of France’s worst revolutions. Deep within these tunnels lie mile after mile of bones—the final resting place for those who are buried here. But all is not as quiet as it appears. As guests venture forth into the dank, dripping corridors of rat infested remains, the voices of the dead begin to speak, and some have taken shape.

Suspicion, darkness and mind-numbing fear surround the “Bitten” house which is set in Eastern Europe in the late 1800s. Full of legends and lore of vampires and the undead that preyed on the innocent, this manor sits by the road upon which all travelers must pass but few return.

Deep underground, construction of the newest line of the Pompeii Metro was moving smoothly until an ancient pipe was accidentally struck. At first, it seemed like steam. Then the mist became thicker, more sinister. Now the strange gas is leaking quickly, and everyone trapped inside is infected. The difficult decision was made to cut off all communication to the outside world. The Dead Line is off the grid.

Relics long forgotten and buried in the vaults of the Museo di San Marco have recently been dug up, dusted off and brought to life through song. Cavemen, Egyptians, Romans, and even an alien encounter make their musical debut in this eclectic energy packed anything goes at Halloween show.

The wacky doctor and his manic nurses are creating the ultimate Fiend, and there’s not a bad seat in the lab. The voltage is high, and so is the fun as they sing, dance and bring you along on the operation of a lifetime.

Things that go bump in the night sing, dance and transport you on a musical journey. From the devilish sounds of the roaring ’20s to vamping it up with the music of today, this show is filled with dazzling dance numbers, sizzling singers and a barely live band that will leave your heart … beating.

Joe Kleimanhttp://wwww.themedreality.com
Raised in San Diego on theme parks, zoos, and IMAX films, InPark's Senior Correspondent Joe Kleiman would expand his childhood loves into two decades as a projectionist and theater director within the giant screen industry. In addition to his work in commercial and museum operations, Joe has volunteered his time to animal husbandry at leading facilities in California and Texas and has played a leading management role for a number of performing arts companies. Joe previously served as News Editor and has remained a contributing author to InPark Magazine since 2011. HIs writing has also appeared in Sound & Communications, LF Examiner, Jim Hill Media, The Planetarian, Behind the Thrills, and MiceChat His blog, ThemedReality.com takes an unconventional look at the attractions industry. Follow on twitter @ThemesRenewed Joe lives in Sacramento, California with his wife, dog, and a ghost.
Share
Facebook
Twitter
Linkedin
Email
Print
WhatsApp
Pinterest
ReddIt
Tumblr
Previous article
Sesame Place – The Count’s Halloween Spooktacular
Next article
Busch Gardens Tampa – Howl-O-Scream: the 13