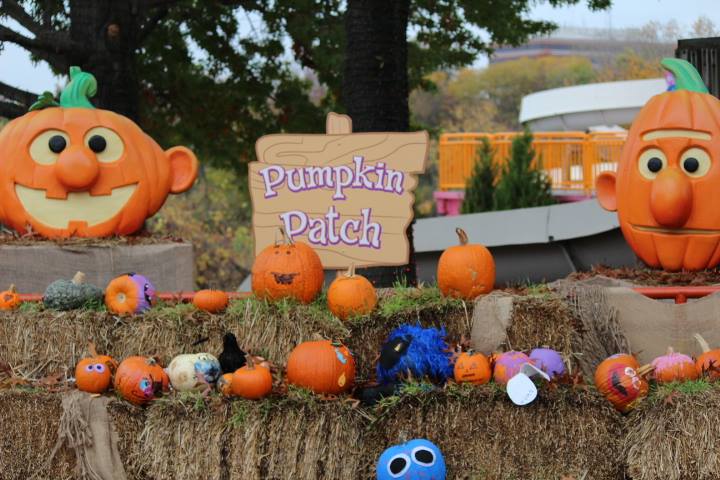 Sesame Place®, the nation’s only theme park based entirely on the award-winning show Sesame Street®, will celebrate Halloween for five weekends this fall and be transformed into a not-too-spooky Halloween haven for kids’ young and old alike. Beginning Saturday, September 28 through October 27 visitors can find their way through two mazes, go on a Sesame Street character hayride and see everyone’s favorite Sesame Street friends dressed in their Halloween attire. The park’s dry rides will be open for guests to enjoy throughout the Halloween Spooktacular event.

Countdown to Halloween – A live character Halloween musical show. Guests are treated to a stage performance starring Count Von Count, Elmo, Zoe and Prairie Dawn. In this musical show, Count von Count goes on a journey on his favorite night of the year – Halloween!

Not So-Spooky Hayride – Join your favorite Sesame Street Friends as they embark on a Hayride filled with excitement and wonderful stories.

Rubber Duckie Costume Party – A non-stop, fun-filled time, where everyone’s invited to dance their day away! Moving lights and fun, upbeat music will make you feel as if you’ve arrived at a Sesame-styled disco.

The Count’s Un-Haunted Castle Maze – The twists and turns of the maze will allow guests to discover that although some things may appear scary at first, in actuality they are not.

Jack Hanna – Sesame Place welcomes back Jack Hanna, world-renowned animal expert as he showcases some of his furry animal friends for photos and meet and greets in 1-2-3 Smile With Me!

Abby Cadabby’s Fairy Pumpkin Party – Grab those fairy wands and join Abby Cadabby as she transforms Dine With Me! into her very own fairy pumpkin party.

Joe Kleimanhttp://wwww.themedreality.com
Raised in San Diego on theme parks, zoos, and IMAX films, InPark's Senior Correspondent Joe Kleiman would expand his childhood loves into two decades as a projectionist and theater director within the giant screen industry. In addition to his work in commercial and museum operations, Joe has volunteered his time to animal husbandry at leading facilities in California and Texas and has played a leading management role for a number of performing arts companies. Joe previously served as News Editor and has remained a contributing author to InPark Magazine since 2011. HIs writing has also appeared in Sound & Communications, LF Examiner, Jim Hill Media, The Planetarian, Behind the Thrills, and MiceChat His blog, ThemedReality.com takes an unconventional look at the attractions industry. Follow on twitter @ThemesRenewed Joe lives in Sacramento, California with his wife, dog, and a ghost.
Share
Facebook
Twitter
Linkedin
Email
Print
WhatsApp
Pinterest
ReddIt
Tumblr
Previous article
SeaWorld Orlando – SeaWorld’s Halloween Spooktacular
Next article
Busch Gardens Williamsburg – Howl-O-Scream