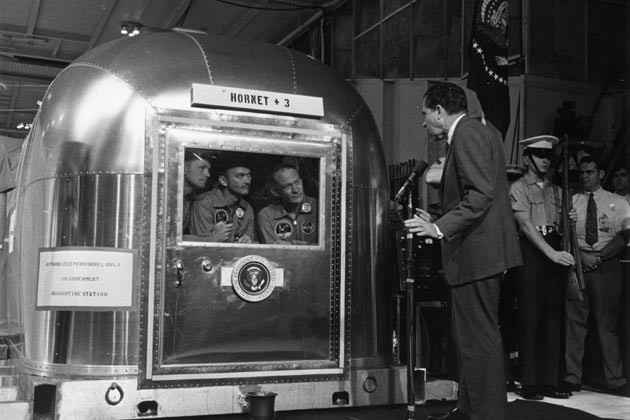 [quote]OurSplashdown events have become nationally-recognized for our special guests, experts panels, and onboard activities. The USS Hornet Museum hosted over 3,500 guests for the 40th anniversary of Apollo 11 and we anticipate capacity crowds again this year.” — Bob Fish, Hornet Trustee, Apollo curator of the USS Hornet Museum[/quote]

Alameda, CA, USA — In celebration of the 45th anniversary of the historic Apollo 11 mission in 1969, when humans first walked on the moon, the USS Hornet Museum will host Splashdown 45. This ever-popular festival, which also commemorates the daring, safe recovery of the astronauts and their command module by the aircraft carrier USS Hornet CVS-12, will take place Saturday, July 26, 2014 from 10:00am to 5:00pm, followed by an evening reception from 6:00pm -10:30 pm. All events will take place onboard the carrier at 707 W. Hornet Ave., Pier 3 in Alameda, CA. Special guest speakers include Apollo 11 astronaut and best-selling author, Buzz Aldrin, one of the first two men to walk on the moon. Aldrin will be available to sign copies of his acclaimed book, Mission to Mars: My Vision for Space Exploration. Festival guests will also have an opportunity to meet Aldrin and other significant guests during the USS Hornet Museum’s VIP cocktail reception and dinner in the evening. A press conference with Aldrin is being planned.

The aircraft carrier USS Hornet CVS-12 recovered the first two NASA missions that landed humans on the moon, Apollo 11 and Apollo 12. The ship is the largest surviving artifact from these events, which are acknowledged to be among the most important in human history. The USS Hornet Museum is now a registered state and national historic landmark and home of the largest collection of Apollo space mission artifacts on the West Coast. 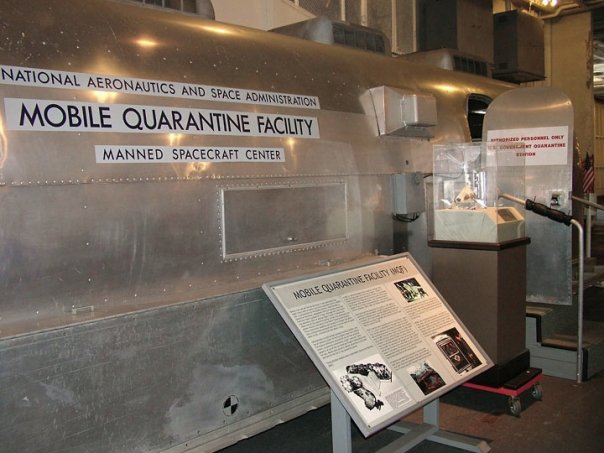 “All visitors are welcome to join the USS Hornet Museum in commemorating one of the greatest technological achievements in human history,” said Randall Ramian, USS Hornet chief executive officer. “As we remember those significant events of the past, we will also look to the future of the U.S. space program. This includes the Museum’s commitment to educating future astronauts and aerospace scientists through our Science, Technology, Engineering, and Mathematics (STEM) and other youth education programs.”

While this year’s one-day event will again celebrate the various sciences and technologies connected with past space exploration programs – particularly Mercury, Gemini, and Apollo in the “space race to the moon” during the 1960’s – representatives from NASA and other private companies will also join Buzz Aldrin in discussing upcoming U.S. space exploration plans for missions to the moon, Mars, and beyond. In addition, numerous other Bay Area organizations will showcase important space-related artifacts and youth activities.

“We are pleased to announce that the USS Hornet Museum is once again bringing a world-famous ‘moonwalker’ to the San Francisco Bay Area,” said Bob Fish, Hornet Trustee, Apollo curator of the USS Hornet Museum, and author of Hornet Plus Three: The Story of the Apollo 11 Recovery.

Proceeds from Splashdown 45 will help fund further development of the USS Hornet Museum’s community outreach activities, such as its youth education program, merit badges for Scout programs, and more.

Joe Kleimanhttp://www.themedreality.com
Raised in San Diego on theme parks, zoos, and IMAX films, Joe Kleiman would expand his childhood loves into two decades as a projectionist and theater director within the giant screen industry. In addition to his work in commercial and museum operations, Joe has volunteered his time to animal husbandry at leading facilities in California and Texas and has played a leading management role for a number of performing arts companies. Joe has been News Editor and contributing author to InPark Magazine since 2011. HIs writing has also appeared in Sound & Communications, LF Examiner, Jim Hill Media, and MiceChat. His blog, ThemedReality.com takes an unconventional look at the attractions industry. Follow on twitter @themedreality Joe lives in Sacramento, California with his fiancé, two dogs, and a ghost.
Share
Facebook
Twitter
Linkedin
Email
Print
WhatsApp
Pinterest
ReddIt
Tumblr
Previous articleThe Dark Knight Enters the Laser Maze Courtesy SimEx-Iwerks
Next articleExperience a One Day Seminar at SEGD Design+Connections Exploring the Best in EGD

ISE postponed until spring due to Omicron