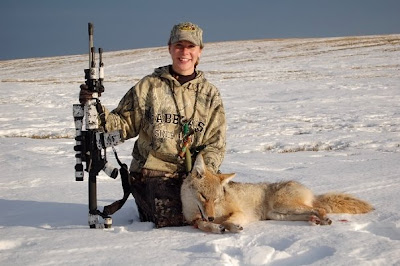 Construction is scheduled to begin this fall and Cabela’s plans to open the store in the summer of 2013. It will be Cabela’s third store in Wisconsin, joining the Prairie du Chien and Richfield locations. The company also operates a distribution center in Prairie du Chien.

Cabela’s expects the store to employ approximately 175 full-time, part-time and seasonal employees. Most will come from Green Bay and the neighboring area.

“Wisconsin is full of people who are passionate for the outdoors, people who share the Cabela’s lifestyle, and who are known for their loyalty and dedication to sports. It’s a wonderful area to expand our retail footprint,” said Cabela’s Chief Executive Officer Tommy Millner. “We’ve had great success with the Prairie du Chien and Richfield retail locations, and we expect a very bright future in Green Bay.”

The store will be built in Cabela’s next-generation layout, designed to surround customers in an outdoor-like experience with dynamic wildlife displays. In addition to thousands of quality outdoor products, the store will include a large mountain replica featuring North American game animals re-created in their natural habitat, a Gun Library, aquarium, Bargain Cave, Boat Shop and Deli.

The store also will feature a Sportsman’s Hall of Fame displaying Wisconsin trophy animal mounts, as well as a “view-through” design highlighted by large glass windows allowing customers to see the store’s interior as they approach both the front and back of the building.

“Cabela’s is going to be a wonderful addition to Ashwaubenon and the Green Bay area,” said Packers President and Chief Executive Officer Mark Murphy. “Outdoor enthusiasts from throughout Wisconsin and Upper Michigan will be making it a destination to visit, not only for their excellent products and apparel, but also for the outstanding experience the store offers.”

Cabela’s currently operates 36 retail stores across the United States and Canada and will open a location in Saskatoon, Saskatchewan, Canada, on May 10. Cabela’s also has announced plans to open stores in Charleston, W.Va.; Rogers, Ark.; and Union Gap, Wash., later this year. Additionally, in 2013, the company plans to open stores in Grandville, Mich.; Columbus, Ohio; Louisville, Ky.; Thornton, Colo.; and Lone Tree, Colo.

Cabela’s stores showcase thousands of products, including hunting, fishing, camping, hiking, boating and wildlife-watching gear, as well as clothing and outdoor-themed gifts and furnishings. Cabela’s is famous for its strong brand and world-renowned reputation for delivering quality merchandise, value and legendary customer service.

About Cabela’s Incorporated
Cabela’s Incorporated, headquartered in Sidney, Nebraska, is a leading specialty retailer, and the world’s largest direct marketer, of hunting, fishing, camping and related outdoor merchandise. Since the Company’s founding in 1961, Cabela’s® has grown to become one of the most well-known outdoor recreation brands in the world, and has long been recognized as the World’s Foremost Outfitter®. Through Cabela’s growing number of retail stores and its well-established direct business, it offers a wide and distinctive selection of high-quality outdoor products at competitive prices while providing superior customer service. Cabela’s also issues the Cabela’s CLUB® Visa credit card, which serves as its primary customer loyalty rewards program. Cabela’s stock is traded on the New York Stock Exchange under the symbol “CAB”.

Joe Kleimanhttp://wwww.themedreality.com
Raised in San Diego on theme parks, zoos, and IMAX films, InPark's Senior Correspondent Joe Kleiman would expand his childhood loves into two decades as a projectionist and theater director within the giant screen industry. In addition to his work in commercial and museum operations, Joe has volunteered his time to animal husbandry at leading facilities in California and Texas and has played a leading management role for a number of performing arts companies. Joe previously served as News Editor and has remained a contributing author to InPark Magazine since 2011. HIs writing has also appeared in Sound & Communications, LF Examiner, Jim Hill Media, The Planetarian, Behind the Thrills, and MiceChat His blog, ThemedReality.com takes an unconventional look at the attractions industry. Follow on twitter @ThemesRenewed Joe lives in Sacramento, California with his wife, dog, and a ghost.
Share
Facebook
Twitter
Linkedin
Email
Print
WhatsApp
Pinterest
ReddIt
Tumblr
Previous articleGaylord Palms Completing $50 Million Renovation
Next articleThe Horror Company Launches in 2012 With New Haunt Products