California Institute of the Arts has been a source of world-class talent and skill, directly benefiting the entertainment industry in Los Angeles and beyond for more than 50 years. The school’s history is unique, and CalArts remains more relevant than ever, supplying the film, television, music, and themed entertainment industries with young professionals who will dream and create for global audiences for years to come. Many leaders and luminaries within the themed entertainment industry got their own start at CalArts. In turn, many of those leaders come full-circle, drawing talent from the prestigious college to fortify their own companies and projects.

ABOVE: Walt Disney shows an early model of CalArts to Lulu May Von Hagen Photo: CalArt

CalArts is part of the remarkable vision and legacy that Walt Disney left across Southern California. In creating Disneyland, Walt formed a division of his company called WED Enterprises (now Walt Disney Imagineering): a group of artists, engineers, writers, and tradesmen all tasked with bringing the magical kingdom to life through attractions, shows, and themed lands reflecting the Disney company brand.

Walt Disney saw the need for a go-to source of new talent on a regular basis. A perfect storm presented itself in the late 1950s, with the Chouinard Art Institute and the Los Angeles Conservatory of Music both falling on hard times. By 1961, Walt Disney became involved in coordinating a merger between the two institutions. The well-planned, albeit complicated, process lasted well past Disney’s death in 1966. Though Walt didn’t live to see this portion of his legacy come to fruition, he saw what it would be and the purpose it would serve. There is no doubt that his hand in the process absolutely was a benefit to the entertainment industry in Southern California.

“I want people to graduate from there really able to do things,” said Disney. “I don’t want a lot of theorists… I want to have everyone in that school come out capable of going in and doing a job.”

CalArts isn’t a huge campus. By design, the school focuses on artistic quality as opposed to scholastic quantity. In 2016, the student body consisted of approximately 1,500 pupils. In sharp contrast, mainstream colleges such as Cal State Long Beach can see upwards of 40,000 students enrolled per semester. Needless to say, graduates of CalArts are a special, select breed.

On October 5-6, 2017, CalArts hosts the Themed Entertainment Association (TEA) annual SATE Conference on Experience Design, which approximately 400 participants will attend. Having this event on the CalArts campus highlights the important role it continues to play in today’s themed entertainment industry.

Walt Disney said, “If I can help provide a place to develop the talent of the future, I think I will have accomplished something.” The vision for such an institution more than 50 years ago has been fulfilled. CalArts has fostered generations of artists, artisans, and professionals enriching our industry all over the world.

Keys to the kingdom: alumni and faculty honor CalArts legacy

Since opening in the early 1970s, CalArts has grown to serve the themed entertainment industry tremendously, as Walt foresaw. Many look to CalArts for fresh, upcoming talent; many who hold high-profile positions within the industry were students there. Some even teach at CalArts.

Bob Rogers: There when it started 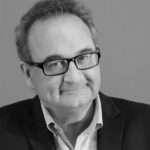 Bob Rogers, Founder and Chief Creative Officer of BRC Imagination Arts, reflects on his CalArts student days with great fondness, and explained why the school is still relevant today.

“I was there when it started,” said Bob. “In CalArts’ first year, it felt revolutionary to gather filmmakers, animators, dancers, artists, musicians, writers, actors, theater people, and designers. But at the time, I was totally focused on film, so the other schools felt irrelevant. I failed to appreciate the amazing synergy of having all these arts and their creators in the same place. That was then. Things change. Sometimes what you initially ignore, returns as fate. Today at BRC Imagination Arts, I preside over an organization of artists, filmmakers, animators, designers, musicians, actors, theater people, writers, and even the occasional dancer. BRC is CalArts as a company. All of us collaborate in the creation of destination experiences around the world. We are one of many enterprises made possible by the same cross-disciplinary creative synergies nurtured by CalArts. Companies like ours confirm the original vision of bringing together all of the arts into one school. This is how the arts often collaborate in real life. This is yet another reason why the world needs CalArts.” 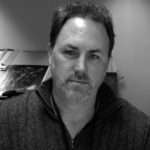 Alumnus Christopher Merritt is currently a Senior Show Designer at WDI. “CalArts was a big step forward for me,” he said. “I had decided to pursue theme park design after working as a Jungle Cruise skipper at Disneyland and seeing an early exhibit at the Disney Gallery back in 1989. In particular, the stunning attraction designs done by Marc Davis made a big impression on me.”

He enrolled in 1990 in the Character Animation department. “During my freshman year, I had amazing instructors like Bob Winquist and Mike Giaimo. However, by the end of my first year, I had decided that I didn’t want to become an animator – but rather a theme park designer. I was fortunate to have met Marc and Alice Davis, and we had become friends.” Christopher was on the point of dropping out, as CalArts didn’t offer a program for theme park design, and told Alice Davis this. “Her comment was, ‘Like hell you will!’” Davis contacted Winquist, who was running that department, and had gone to Chouinard with her in the 1950s. They arranged for Christopher to work on ideas for an attraction on his own: “concept it, do artwork and model work to show how it would work. I can’t imagine a more supportive environment than CalArts – if I hadn’t been given that freedom, I don’t think I would have learned to be a selfstarter as early as I did. 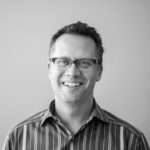 Scott Ault, President and CEO of Rethink Leisure & Entertainment, carried much of what he learned at CalArts into the daily operation of his design firm in Burbank.

“I graduated Class of ‘88 from the School of Theater with a degree in set design,” said Scott. “What I loved most was the constant multi-disciplined, cross-collaboration with other students. Whatever I needed – lighting designers, photographers, actors, illustrators – was all easily accessible, which proved to be incredibly instrumental in my own journey. I have kept in touch with many former fellow students, and many are respected professional colleagues.

“At CalArts, some referred to me as ‘Mr. Fix-It’ because early on I was able to work with different types of artists, removing any roadblocks and clearing the way for success. That is something I took with me and continue to do to this day with various project teams and clients. CalArts teaches students how to think above and beyond just drawing or one particular skill; to see things dimensionally from all different perspectives.” 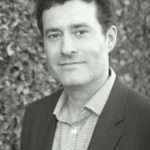 Jonathan Casson has worked with such prominent companies as BRC Imagination Arts and 20th Century Fox, where he was Director of Business Development. This industry executive also teaches a course at CalArts.

“I designed the Advance Studies in Location Based Entertainment class around what I wish someone had taught me when I was 21 years old,” explains Casson, who developed the course in 2014 while he was with Fox. His students are graduating MFA and BFA students from a range of academic disciplines, such as technical direction, production
management, costume design and film direction. Each week, Casson’s students venture out in the field to meet with and learn from working creative professionals in the LA metro area.

“By exposing students to this range of venues and disciplines, I hope to inspire them to consider ways they can apply their creativity they may not have considered before,” said Casson. He also brings industry leaders in to talk to the students. In recent classes, Evan Sroka, Corporate Finance Executive at Creative Artists Agency (CAA) shared how product development and new business opportunities are evaluated and pursued to fulfill a strategic plan. Brian Morrow, Vice President of Theme Park Experience Design for SeaWorld, talked about fostering environmental, social and economic sustainability across park development and employee culture. Brian Hinckley, President of Electrosonic, shared how the integration of technology is inseparable from operations and the creative process.

“I want students to emerge with a passion for the industry and be prepared to enter the professional world with an active ability to look at design challenges from the viewpoint of the companies and clients they will serve,” said Casson. “Positioning design intent and production development as complimentary parts of an overall strategic goal is a recurring theme throughout the course. Witnessing how big ideas are brought to life in practical and realistic ways – including the challenges and downfalls – allows students to see their creative and career possibilities.” • • •

Joe Kleimanhttp://wwww.themedreality.com
Raised in San Diego on theme parks, zoos, and IMAX films, InPark's Senior Correspondent Joe Kleiman would expand his childhood loves into two decades as a projectionist and theater director within the giant screen industry. In addition to his work in commercial and museum operations, Joe has volunteered his time to animal husbandry at leading facilities in California and Texas and has played a leading management role for a number of performing arts companies. Joe previously served as News Editor and has remained a contributing author to InPark Magazine since 2011. HIs writing has also appeared in Sound & Communications, LF Examiner, Jim Hill Media, The Planetarian, Behind the Thrills, and MiceChat His blog, ThemedReality.com takes an unconventional look at the attractions industry. Follow on twitter @ThemesRenewed Joe lives in Sacramento, California with his wife, dog, and a ghost.
Share
Facebook
Twitter
Linkedin
Email
Print
WhatsApp
Pinterest
ReddIt
Tumblr
Previous articleChristie Takes Attractions to 120fps
Next articleGreening Great America