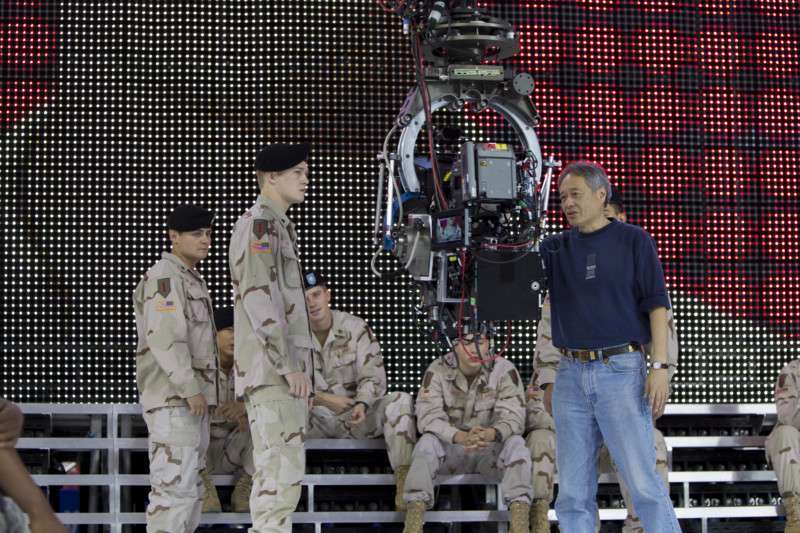 A crisp, clear conversation with Christie

by Judith Rubin, with voices from Christie

The standard cinematic frame rate for many years has been 24 per second. Even on the biggest, specialty screens and in the highest resolutions, there have been only a few exceptions to 24 frames per second (fps) projection. All that is likely to change quickly, because now, we have the technology… in fact, many operators may be interested to discover that they already have the technology, or at least a major component of it, in their projection booths – especially if their projectors are Christie projectors.

Readers who are up to the minute on the cutting edge of AV will already be thinking of two recent applications of 120 fps projection – one in the form of the Ang Lee film, Billy Lynn’s Long Halftime Walk (not its general distribution format, but as it was shown in special debut screenings, in 120 fps 3D; Christie worked closely with Ang Lee to help him achieve his vision) and the other in a popular attraction at a Universal Studios park, where Christie is the official projection system provider.

There have been some pioneering instances of high frame rate (HFR) projection even before digital cinema technology evolved to its current level of sophistication. In the attractions industry, many will remember Showscan, a 60 fps format developed by Douglas Trumbull. There was also “IMAX HD” – a 48 fps application of the 1570 film format, showcased at a world’s fair in the 1990s. More recently, The Hobbit broke new ground for mainstream rollout of a movie – distributed and screened in a wide range of formats, including 48 fps.

Larry Howard, Christie’s National Applications Manager – Large Scale Experiences, anticipates that trend will continue, and Christie is there to help it along, not just with projection equipment but also with guidance for producers, operators and distributors about what else is needed to successfully create and present content in 120 fps and raise the bar yet again for media-based attractions and themed entertainment experiences.

“Special venue remains the ideal proving ground for 120 fps because the screens are big, the storylines are exciting, the runtimes are short, the theaters are custom-built and operators are bound to continually re-invest in order to remain competitive,” says Larry Howard. “In themed entertainment, a 120 fps project doesn’t have to roll out in a large way to justify itself. But, it will take time to perfect the craft, and Christie is standing ready with the tools and information.”

As a world leader in HFR projection and processing, Christie is said to be the only projection company that provides true 120fps at 4K resolution, with true live video processing capability. The Christie Boxer, Mirage Series and RGB laser projectors are product lines the company recommends for 120 fps.

So, exactly what does this mean for those who wish to adopt HFR, now or in the future? Christie typically hosts events at its headquarters in Kitchener, Ontario or at client’s locations to help them learn about and experience 120 fps projection and to discuss methodology and tools. [Contact Larry Howard ([email protected]) for more information.]

“It’s important to understand the workflow and the signal flow, and to make sure every component in the content delivery system is truly 4K 120. Ask your supplier if they support 4K 120 through the entire flow – when you ingest signal, transport, process, display, with no scaling or compression involved.

“For multiple 4K 120 fps systems, projector alignment is critical. Christie offers a software product that can help attraction designers design an optimal solution and can help them both install it to pixel perfect accuracy and to help maintain that alignment over time.

“Typically, what happens in the attraction production process is that you have a media company and an AV company for the integration, and the two groups must collaborate on the design. With Christie Mystique, we are trying to help that collaboration occur at an earlier stage and more smoothly. It improves the process and the end result.

“The media production equipment already exists. Whether for animation or live action, most tools can already create 4K 120 content. We assume stitching and blending happens in most projects, and those are easy to do now, with Mystique. That said, you can’t just shoot the way you used to shoot at 24 fps. Anybody investing in HFR displays will have to gain some new experience with storytelling in this format.

“Much existing content is eligible to be adapted from existing digital assets.”

“Let’s say you’ve got an existing attraction, and you’re going to change your content for 120 fps playback.

“Your existing media server may not support 4K 120 and you may have to upgrade that component. Then there’s transporting the signal from the media server to the display. Christie has ready-made solutions for that, using fiber or cable. And if you own Boxer 4K projectors for example, they are already 4K 120 fps capable and can easily be upgraded to the Mirage 4K 120 fps version.

“If it’s an older attraction, you may have to replace pretty much everything. You can approach it incrementally: buy a 4K 60 fps (120 fps capable) projector and have a 4K 60 workflow, then budget to upgrade the projector and remaster or recreate the content at a 120 fps standard.

“If you are doing a brand-new attraction, you’ll probably do it all at once.”

“Supposing you are developing new content, there are ways to test images at lower frame rates or in HD for your dailies, which helps make the cost of production manageable and lets you use existing equipment or infrastructure. At the end, you complete a final render at 4K 120. While production costs for 4K 120 are higher, the movie industry continues to see a downward pricing trend.

“In terms of playback and projection, you don’t have to invest all in one go with a lot of dollars, you can upgrade your way there, as noted above. Much of Christie’s equipment allows you to invest initially at 4K 60 and upgrade later.”

“We have all gotten used to cinematic experiences with a certain softness that is aesthetically pleasing. But you can say goodbye to motion blur.

“For experiences with fast action and a lot going on – dark rides, interactive experiences using image generators and with movement – this format keeps everything nice and crisp. It also reduces the chance of motion sickness by minimizing latency, which refers to the system time lag between signal and response with a gaming engine or image generator.

“Producers and directors who adopt 120 fps will show us how to best use it to tell their stories. Live action is going to be more challenging than animation, but Ang Lee has already started us on that path of art and excitement.

“In terms of creating an immersive, projected piece of media or environment, HFR is more realistic, more punchy, more visceral. Where it is ultimately going to make more of a difference is in the world of live movement, and dynamic environments. In those settings, we believe HFR will become critical to system design, engaging guests with realistic moving objects and interacting with lighting, effects and other components. New effects will be enabled. We’re having really interesting conversations with some of our creative partners about this.

“With 120 fps projection Christie is providing a tool with which creatives will make magic, to produce amazing guest experiences and bring a new dimension to storytelling. 4K 120 was something Christie invested in early and fast, and did with the guidance of partners, and the knowledge that this would become part of a storyteller’s medium.” • • •

Joe Kleimanhttp://wwww.themedreality.com
Raised in San Diego on theme parks, zoos, and IMAX films, InPark's Senior Correspondent Joe Kleiman would expand his childhood loves into two decades as a projectionist and theater director within the giant screen industry. In addition to his work in commercial and museum operations, Joe has volunteered his time to animal husbandry at leading facilities in California and Texas and has played a leading management role for a number of performing arts companies. Joe previously served as News Editor and has remained a contributing author to InPark Magazine since 2011. HIs writing has also appeared in Sound & Communications, LF Examiner, Jim Hill Media, The Planetarian, Behind the Thrills, and MiceChat His blog, ThemedReality.com takes an unconventional look at the attractions industry. Follow on twitter @ThemesRenewed Joe lives in Sacramento, California with his wife, dog, and a ghost.
Share
Facebook
Twitter
Linkedin
Email
Print
WhatsApp
Pinterest
ReddIt
Tumblr
Previous articlePirates, Treasure & WDI’s Luc Mayrand
Next articleCalArts: Dreamers and Doers