Can you tell me how to get to SésamoAventura? 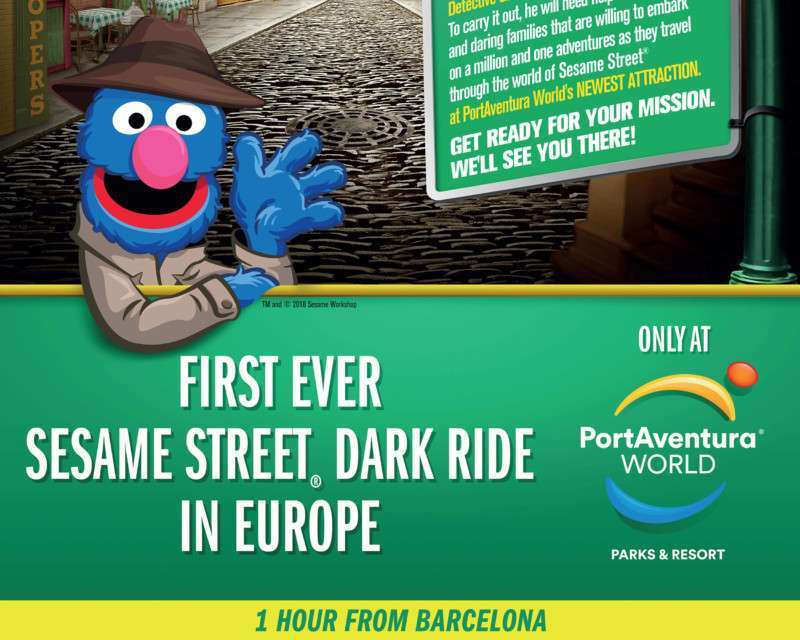 Founded in 1977, Sally Corporation began as an animatronic production company to help market corporate brands, and evolved into a worldwide leader in the design and manufacturing of dark rides. The company’s services include custom design, special effects, animatronic and scenic fabrication, media integration, control systems and installation. The company’s JUSTICE LEAGUE™: Battle for Metropolis at Six Flags Magic Mountain was recently named for a TEA Thea Award.

Sesame Street is an international educational television franchise designed to promote cognitive thinking and explore topics that are relevant to young children and their families. It premiered in 1969 in the United States, followed by a Spanish-language version, Barrio Sésamo, premiering in Spain in 1979. As a result of the show’s continuing success in the Spanish market, Sesame Street’s producer Sesame Workshop entered into a partnership with the PortAventura resort in Spain, which led to opening the SésamoAventura themed area in 2011. During the IAAPA Attractions Expo in Orlando, Sally unveiled a full-size (eight-foot tall) animatronic figure of Sesame Street icon Big Bird as it announced a new collaboration with Sesame Workshop and PortAventura World Resort at the Sally exhibit booth on Nov 13, 2018. The unique project will introduce a Sesame Street-themed dark ride to SésamoAventura. On the show floor immediately following the announcement, InPark’s Joe Kleiman interviewed key stakeholders: John Wood, Chairman and CEO of Sally Corporation; Fernando Aldecoa Aldecoa, Director General of PortAventura World; and Ed Wells, Executive Vice President and Head of International at Sesame Workshop.

We just saw the presentation. The new Sesame Street interactive dark ride comes on the heels of numerous new developments at PortAventura, including the Angkor area and Ferarri Land. Tell us about the motivation to put new emphasis on Sesame Street, with a contract renewed through 2030.

Fernando Aldecoa: We have become a destination for families and there was really only one kind of ride in PortAventura for families – and it was a barrel ride. So when we started to think what the best new ride could be for families, it had to be a strong IP, and that’s Sesame Street. We determined the best partners for our new ride would be Sesame Workshop and Sally Corporation.

A defining characteristic of Sesame Street is that it is both entertaining and educational. How will education be a part of the attraction?

Ed Wells: We build education into everything that we do, even when it appears entertaining on the surface. In this case, the ride has kids looking for clues. They have to persevere, they have to keep trying. There’s always some underlying educational element. Certainly, you can count the number of clues that you capture as well, which are the equivalent of your ABCs and 123s.

How closely did Sally, as the provider of this ride, work with the park and with Sesame?

John Wood: Very closely – all the way through. We designed the ride. We came up with the concept, worked closely with PortAventura to have them accept the concept before we went further. They had a clear idea of what they wanted when they came and met with us, so we did a first cut on the script, passed it to PortAventura for their approval, and they in turn took it back to Sesame Workshop in order to get their approval. That back-and-forth took place over the last three months. We follow a similar process with all of our productions. We have to make sure that we’re exact in our delivery – precise to the mission as well as to the image.

PortAventura is visited by many international guests. Will the ride soundtrack be available in multiple languages?

FL: It’ll be in Spanish and a range of other, international languages.

JW: We’re doing international languages out of the vehicle itself. We have the dialogue mostly in Spanish, but we have instructions in French and in English and in other languages – we have five languages.

Sally is a seasoned dark ride provider that has kept pace with technology, design, the evolution of markets and the application of intellectual property to attractions. Are there some unique features to this new Sesame Street themed ride for PortAventura that the world may not have seen or experienced before on a Sally attraction?

JW: There are, but I’m not at liberty to talk about it just yet. But yes, this is going to be a different experience than anything we’ve done before. It truly is. You’re still going to see animatronics. Some of the bigger stars appear both on-screen and off-screen. There will be practical sets, as there have been before. You are going into Sesame Street. You are IN Sesame Street. No doubt about it. With the characters and with the action, you are finding the clues throughout the environment that everyone knows from TV. •

Joe Kleimanhttp://wwww.themedreality.com
Raised in San Diego on theme parks, zoos, and IMAX films, Joe Kleiman would expand his childhood loves into two decades as a projectionist and theater director within the giant screen industry. In addition to his work in commercial and museum operations, Joe has volunteered his time to animal husbandry at leading facilities in California and Texas and has played a leading management role for a number of performing arts companies. Joe has been News Editor and contributing author to InPark Magazine since 2011. HIs writing has also appeared in Sound & Communications, LF Examiner, Jim Hill Media, and MiceChat. His blog, ThemedReality.com takes an unconventional look at the attractions industry. Follow on twitter @ThemesRenewed Joe lives in Sacramento, California with his fiancé, two dogs, and a ghost.
Share
Facebook
Twitter
Linkedin
Email
Print
WhatsApp
Pinterest
ReddIt
Tumblr
Previous articleMad Systems: The future is now
Next articleWorld’s fairs: 2020 vision