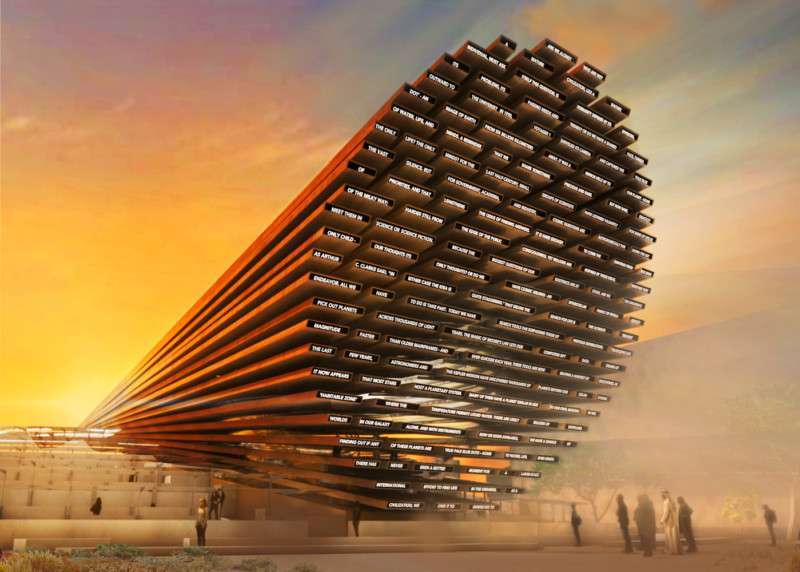 In the world of world’s fairs, Dubai 2020 moves forward, Osaka will host in 2025, and other candidates gear up for future bids

Less than two years from this writing, Expo 2020 Dubai, the first world’s fair to be held in the Middle East in the 167-year history of world’s fairs, will open. Over its six-month run (October 20, 2020 – April 10, 2021) organizers project the event will draw 25 million visits, with 70% of those visits coming from outside the United Arab Emirates.

Over $7 billion is being invested by the organizers and 190 countries have signed up to participate. At an expo of this scale, it is typical that participants design and construct their own buildings as well as the exhibits inside, with the whole expressing the theme of the expo. The Dubai 2020 theme is “‘Connecting Minds, Creating the Future.” Participants’ pavilion budgets for Dubai 2020 range all the way up to $100 million (see chart).

The United States is one of the participating nations, and USA Pavilion CEO Greg Houston noted that Jim Core and his team at the US Department of State had been working closely with the Pavilion USA 2020 consortium to define what the guest experience of America should be for this international event. As part of the process, pavilion architect Curt Fentress, Consortium Chairman Fred Bush, and members of the design team took part in a week-long planning session in the UAE with Expo 2020 Dubai leadership, the US Embassy, and early corporate partners. More information on the designs and experiences is being given during a phased roll-out over the coming months. The roll-out launched in November 2018.

The US Pavilion is a $60 million project supported entirely by funds that must be raised from non-Government sources. It will feature a hyperloop ride experience courtesy of Virgin Hyperloop One. PepsiCo, Inc. which served as a Global Partner for the U.S. Pavilion at Expo 2010 Shanghai, has stepped up again as lead sponsor and Official Beverage partner for the pavilion. The circular pavilion will be illuminated at night with images displaying American landscapes. Construction is scheduled to begin in mid-2019.

Design elements of the Brazil pavilion were also recently revealed. It will focus on Brazil’s rivers. It comprises a central square covered in a thin layer of water and enclosed by a tensile structure of 18.5 meters height and 48 meters width with a lightweight white fabric envelope. Intersecting the liquid surface is a continuous, dark path made of anti-slip, black concrete that invites visitors to wander within the pavilion’s atmospheric interior, emphasized by various projections, sounds, and subtle scents.

Japan too has unveiled the design for its pavilion at Expo 2020 in Dubai. Themed as the “Crosspoint for the Future,” Japan’s pavilion will showcase a façade with Arabesque and Japanese Asanoha patterns. The pavilion will host events throughout the six-month expo including workshops and Japanese culinary events.

The UK Pavilion was designed by British set designer, Es Devlin. Called the Poem Pavilion, the structure is said to be the first UK Pavilion at a world’s fair created by a female designer. It will feature an illuminated “message to space” made up of AI-generated poems, to which the Expo’s millions of visitors will be invited to contribute.

The 20-meter-high, cone-shaped pavilion will be made up of rows of protruding slats that extend outwards from one central point to form a circular facade. Poems lit up in LEDs will scroll across the facade. Inside the pavilion, the central space will be filled with a collective choral soundtrack, including choirs from every continent inspired by one of physicist Stephen Hawking’s final projects from 2015, called Breakthrough Message – a global competition that invited people to create digital messages that would represent humanity, should our species encounter other advanced civilizations.

The project will be produced by London and Dubai-based brand agency Avantgarde, while Manchester-based structural engineer Atelier One and sustainability engineer Atelier Ten will help to deliver the complex sculptural architecture of the pavilion.

Germany has introduced “Campus Germany,” a pavilion for Expo 2020 Dubai that will show off the latest in sustainable design and artificial intelligence. Visitors will be taken on a journey assisted by an intelligent assistance system called IAMU, which will provide them with information as they move through the building. Campus Germany will be located in Expo 2020’s Sustainability District.

As for the areas created by the Expo organization itself, concrete work for the three Thematic Districts – Opportunity, Mobility and Sustainability – are completed and façade, mechanical, and electrical installation are taking place. All major design elements are reported to be complete – the last being the Al Wasl Plaza, a 130-metre wide, 67.5-meter-tall dome at the Expo’s center. The Khaleej Times reported there are currently about 26,000 workers on the Expo site and early next year, at the peak of construction, approximately 40,000 workers are expected on site, including employees of third-party stakeholders and participating countries.

On November 23, 2018, the host city of the 2025 world’s fair was selected by the 167 member nations of the Bureau International des Expositions (BIE) in Paris. Competing for the privilege to host were Baku, Azerbaijan; Ekaterinburg, Russia; and Osaka, Japan. Osaka won after two rounds of voting to organize World Expo 2025 in Osaka with the theme “Designing Future Society for Our Lives,” over a six-month period (May 3 – November 3). This is a city that has successfully hosted world’s fairs in the past: Expo 70 attracted 64 million visits, which was a world record until Expo 2010 Shanghai surpassed it at 73 million. In 1990, Osaka also hosted the International Horticultural Exposition, another category of global event under the administration of the BIE, and it had many characteristics of a world’s fair in terms of scale, scope of participation and exhibits.

The next opportunity for a city to host a world’s fair is the period between 2025 and 2030. Minnesota has had an organization in place for several years with the goal to host an expo. It is pursuing a bid to host a Specialized World Expo under the theme “Healthy People, Healthy Planet: Good Health and Well Being for All” in 2027. The proposed location for the Expo is in the South Loop area of Bloomington – near the Minneapolis-St. Paul Airport at the confluence of the Minnesota and Mississippi Rivers. Expo site partners include the City of Bloomington and the Mall of America.

Minnesota USA Expo board member Mark Ritchie said, “With Osaka selected as the site for 2025 we can now fully engage the campaign for 2027. We have submitted our formal Application for US Department of Commerce review and are turning our attention to outreach to the BIE member states.”

The city of Busan, in the Republic of Korea, recently held an international conference on a project to bid to host World Expo 2030. The conference gathered 300 experts from across the country and from further afield with the aim of further developing the potential Expo bid.

Busan has been planning a bid since 2015. The earliest a country can submit a bid for a World Expo is nine years before the proposed opening date, meaning that the candidature process will not begin before 2021. Once a country submits one bid, other countries have six months to file their own candidature with the BIE.

The Republic of Korea has successfully hosted two Specialized Expos – Taejon 1993 and Yeosu 2012, smaller, three-month events – but it has never hosted the largerscale, broader six-month expo. We will be watching the competition with interest. • • • 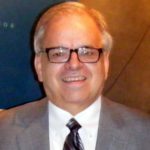 Since retiring from the US State Department in 2011 after a 30+ year career in world expos, James Ogul has remained on the scene in an advisory and consulting role. He writes regularly for InPark Magazine about world’s fairs. His book, “Tales from the Expo” is free online at inparkmagazine.com

Joe Kleimanhttp://wwww.themedreality.com
Raised in San Diego on theme parks, zoos, and IMAX films, InPark's Senior Correspondent Joe Kleiman would expand his childhood loves into two decades as a projectionist and theater director within the giant screen industry. In addition to his work in commercial and museum operations, Joe has volunteered his time to animal husbandry at leading facilities in California and Texas and has played a leading management role for a number of performing arts companies. Joe previously served as News Editor and has remained a contributing author to InPark Magazine since 2011. HIs writing has also appeared in Sound & Communications, LF Examiner, Jim Hill Media, The Planetarian, Behind the Thrills, and MiceChat His blog, ThemedReality.com takes an unconventional look at the attractions industry. Follow on twitter @ThemesRenewed Joe lives in Sacramento, California with his wife, dog, and a ghost.
Share
Facebook
Twitter
Linkedin
Email
Print
WhatsApp
Pinterest
ReddIt
Tumblr
Previous article
Can you tell me how to get to SésamoAventura?
Next article
Legends, camels & ACE