Classic Attractions Relaunch this Summer at Disneyland with New Elements 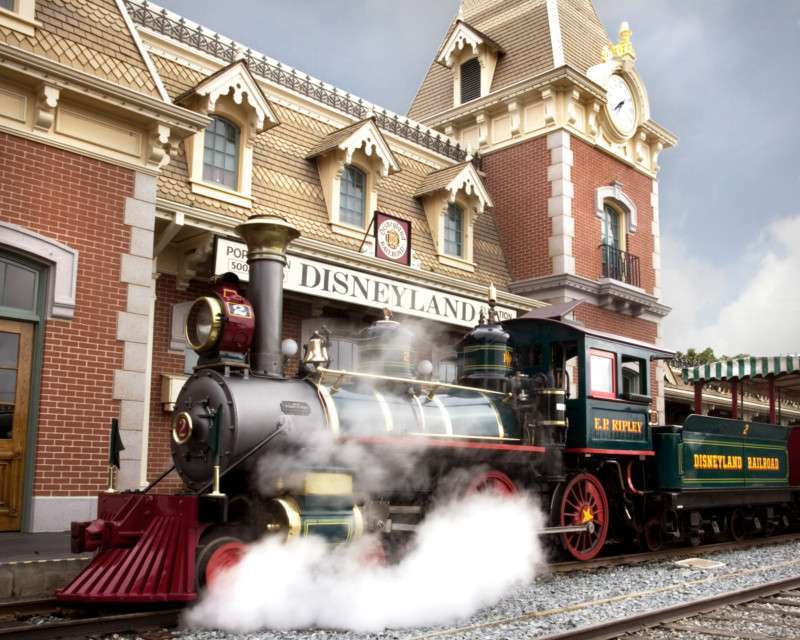 “Fantasmic!,” which tells the story of Mickey Mouse and his vivid imagination, returns to the Rivers of America in Frontierland with its classic theme song and engaging storyline guests have treasured for 25 years. Mickey’s exploration now features new scenes with characters from “Aladdin,” “Tangled,” “The Lion King” and “Pirates of the Caribbean.” One newly imagined sequence finds Aladdin and Jasmine discovering “A Whole New World” as they float on their flying carpet over a bed of fog on the Rivers of America.

Thes “Fantasmic!” adventures come alive with new mist screens and innovative, state-of-the-art projection technology to create visuals that are brighter and more vibrant than ever before.

The Disneyland Railroad, one of the park’s original attractions, returns with its iconic steam-powered locomotives for new adventures. The Disneyland Railroad will now travel across the rocks on a trestle that extends out into the Rivers of America, and for the first time ever it will make a left-hand turn on its tour of the park. Along the way, guests will enjoy a view of Walt Disney’s legendary Dioramas of the Grand Canyon and Primeval World, which have been carefully restored to their original splendor with a bit of new magic added to both.

Guests on board the Disneyland Railroad also will discover a breathtaking new view along the north bank of Rivers of America. A new Columbia Gorge section highlighted by five new picturesque waterfalls can be seen from the trains as well as from the Mark Twain Riverboat, Sailing Ship Columbia and Davy Crockett Explorer Canoes. This new adventure complements the scenes guests have come to know and cherish through the years. Landscapes inspired by four of America’s majestic rivers–the Mississippi, the Columbia, the Missouri and the Rio Grande–are carefully recreated, complete with indigenous rock formations, natural forests and wildlife, and the waterfalls.

Joe Kleimanhttp://wwww.themedreality.com
Raised in San Diego on theme parks, zoos, and IMAX films, InPark's Senior Correspondent Joe Kleiman would expand his childhood loves into two decades as a projectionist and theater director within the giant screen industry. In addition to his work in commercial and museum operations, Joe has volunteered his time to animal husbandry at leading facilities in California and Texas and has played a leading management role for a number of performing arts companies. Joe previously served as News Editor and has remained a contributing author to InPark Magazine since 2011. HIs writing has also appeared in Sound & Communications, LF Examiner, Jim Hill Media, The Planetarian, Behind the Thrills, and MiceChat His blog, ThemedReality.com takes an unconventional look at the attractions industry. Follow on twitter @ThemesRenewed Joe lives in Sacramento, California with his wife, dog, and a ghost.
Share
Facebook
Twitter
Linkedin
Email
Print
WhatsApp
Pinterest
ReddIt
Tumblr
Previous articleScruffy Dog Brings Ghostbusters from Concept to Reality at Heide Park
Next articleNighttime Lights Illuminate Hogwarts Castle at Universal Studios Hollywood