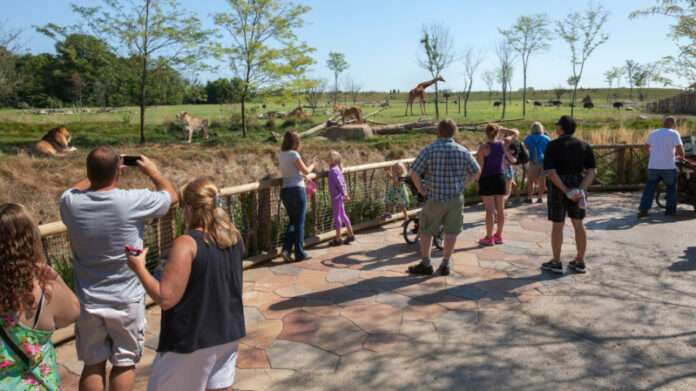 The accreditation visiting team commended the Zoo on 17 points of exemplary work in all aspects of Zoo operation, and the commission’s vote was not unanimous. The visiting team also specifically commended the changes made by new leadership and staff since the departure of the former CEO and CFO and in response to concerns about the acquisition and disposition of Ambassador Animals in the Animal Programs department. However, the accreditation commission said it wants to see that these changes can be sustained. They also expressed concern about the inappropriate financial management issues by former leadership. This spring, the Zoo’s board of directors initiated a forensic analysis, which identified the misuse of Zoo assets by the former leaders. These issues are still under investigation by the State of Ohio.

“At the time of the AZA inspection by the visiting committee in July, we believe the Columbus Zoo and Aquarium met the AZA standards required for accreditation. The poor decisions of a handful of people should not negate the good work this team does and how much staff members contribute to the AZA through committee work and leadership roles. Nobody currently working at the Zoo had anything to do with the position we find ourselves in today. We’ve acknowledged the wrongdoings of the past. We’ve also made changes and updated policies to ensure those cannot happen again,” said Jerry Borin, interim CEO and President of the Columbus Zoo and Aquarium.

Rather than denying accreditation, another option is that the AZA commission could have tabled the Zoo’s accreditation for one year, giving the Zoo time for the changes and improvements to be sustained for a longer time.

“The AZA first accredited the Columbus Zoo in 1980, and as a long-standing AZA organization, we are disappointed that the Commission denied our accreditation after all of the positive changes that were made to meet AZA standards. These changes were in place prior to the accreditation inspection and have been sustained since. Based on our staff’s exemplary work highlighted in the accreditation report, we plan to appeal this decision to the AZA board of directors and hope they will decide to Table us, which maintains our AZA accreditation and gives us a year to show dedication to sustained change. We feel this is a fair decision,” said Borin.

Regarding the AZA’s concerns specific to past, unacceptable use of some animals in outreach programs and allegations of previous fiscal misconduct, new fiscal leadership, additional Board committee oversight, and changes in operations since March 2021 have transitioned the Columbus Zoo back into compliance with AZA standards. These personnel and program changes include:

The Zoo’s operation and visitor experience will not be affected by the ruling. However, lacking AZA accreditation will restrict Zoo staff from continuing leadership roles in Species Survival Programs (SSPs) and the Zoo from participating in SSP breeding programs, which will impact species conservation programs.

If the appeal is unsuccessful, the earliest the Columbus Zoo can apply for accreditation is September 2022.