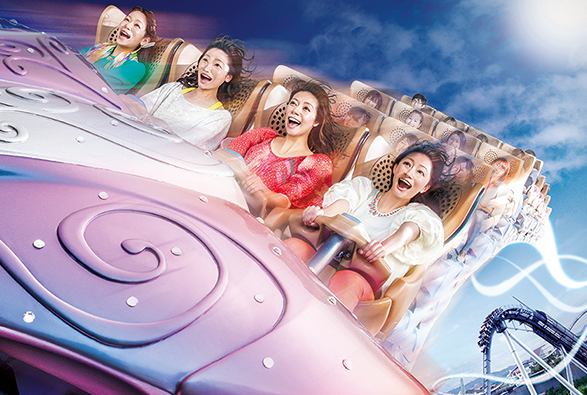 Located in Osaka and featuring classic Universal attractions as well as attractions and shows specifically designed for the Japanese market, USJ opened in 2001 and has experienced continued growth in attendance and revenue.

“We are excited to expand our global footprint with this wonderful theme park in Osaka and are excited by the opportunities that lie ahead in Japan and all of Asia,” said Brian L. Roberts, Chairman and CEO of Comcast. “This investment represents a huge opportunity and commitment to creating value for our shareholders and continuing to grow internationally.”

“We want to expand our theme park business around the world and this investment in Universal Studios Japan fits perfectly with that strategy,” added Steve Burke, CEO of NBCUniversal. “Our theme parks in the U.S. have performed exceptionally well and we look forward to working with our partners to achieve that success in Japan as we plan to introduce significant attractions at USJ over the next five years.”

Joe Kleimanhttp://wwww.themedreality.com
Raised in San Diego on theme parks, zoos, and IMAX films, InPark's Senior Correspondent Joe Kleiman would expand his childhood loves into two decades as a projectionist and theater director within the giant screen industry. In addition to his work in commercial and museum operations, Joe has volunteered his time to animal husbandry at leading facilities in California and Texas and has played a leading management role for a number of performing arts companies. Joe previously served as News Editor and has remained a contributing author to InPark Magazine since 2011. HIs writing has also appeared in Sound & Communications, LF Examiner, Jim Hill Media, The Planetarian, Behind the Thrills, and MiceChat His blog, ThemedReality.com takes an unconventional look at the attractions industry. Follow on twitter @ThemesRenewed Joe lives in Sacramento, California with his wife, dog, and a ghost.
Share
Facebook
Twitter
Linkedin
Email
Print
WhatsApp
Pinterest
ReddIt
Tumblr
Previous articleHexogon Lights Up Singapore Grand Prix with Projection Mapping and Christie Boxers
Next articleOcean Park Hong Kong