Joe Garlington, VP, Walt Disney Imagineering Interactive Studio (Retired) was a featured speaker at the SATE ’14 conference of the Themed Entertainment Association (TEA). He was interviewed for InPark by Morgan Richardson.

Above photo: Joe Garlington caused a stir in his presentation at the SATE ’14 conference by rearranging the acronym (Storytelling, Architecture, Technology, Experience). Photo by Martin Palicki, InPark.

Do you have a favorite project or one that you feel really advanced the use of interactive effects in our industry?

Overall I’m generally disappointed where interactivity has gotten to in our industry. When I left college in 1977 I thought it would take over the world, and in many areas it has. But the themed entertainment industry has generally been a laggard. Many of us have pushed the frontier, and I think progress is growing a lot more rapid, but we just now seem to be reaching the knee of the curve, a place I thought I’d see at the middle of my career, not at the end.

Projects that I was involved in that seemed to have impact at the time include:

— Pal Mickey. This project came out of Disney R&D. Raul Fernandez, Suzie Lum and I took it to the field as its creative leaders. It opened some eyes to the possibility of smart toys. When I look back on the antique technology now it makes me smile. But it was a good effort at the time.

— DisneyQuest. As so often happened in my career the smaller projects I worked on opened day and date with something larger that drew the bulk of the press. DQ opened with Disney’s Animal Kingdom, so of course we were a little bit invisible. But I walked a number of executives through the project on or shortly after opening day and I can remember how many of them seemed to realize, for the first time, that games could truly entertain in a themed environment. All sorts of things conspired to stop the project from becoming the roll-out we’d all hoped for, but within the company I think it helped people see the possibility; I know I had an easier time selling interactive projects, at least at that scale, afterwards.

— Turtle Talk with Crush and its cousins, Stitch Encounter and the Monsters, Inc. Laugh Floor. These represented the next time our type of projects had a chance to get a little notice. Turtle Talk also went largely unnoticed when it opened. We opened day and date with the much larger Stitch Escape show over in Magic Kingdom. I was pleased when on the anniversary of that opening a reporter from the Orlando Sentinel did a sort of mea culpa and admitted that he’d missed recognizing the impact of our little show. By then word of mouth had caught on and everybody was coming to see it. It’s been well received ever since.

— Though I really only started them down the path, I’m also very proud of Enchanted Tales with Belle and Magic Words with Mickey. The teams that did that work have done a great job of moving the needle again.

How have you seen the use of interactive experiences change over your career?

When I started in the theme park industry, interactive attractions were pretty much all small, and mostly used mechanical or electromechanical components. The play was generally physical and usually of short duration.

Interactive stuff had always been in the parks: The canoes, Tom Sawyer Island, the shooting galleries, the Mad Tea Party (tea cups), Autopia, and a lot of other things. But with the exception of Autopia, all were small, A & B tickets – and interaction, even in Autopia, was pretty limited. 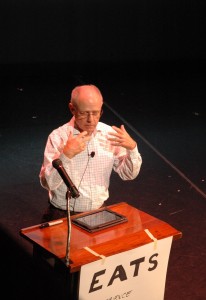 That has changed markedly. With the exception of Toy Story Mania (which I think is an “E-ticket”) and the “D-tickets” Buzz Lightyear and Monsters, Inc. Laugh Floor, interactive attractions generally remain small. But there are a lot more of them than there used to be and small isn’t as small as it was. We’ve added a major interactive component to Test Track. Sum of All Thrills is a large-ish interactive attraction as are several other things in Innoventions at Epcot. Turtle Talk as dinner theater on the Disney Cruise Line, and Mickey’s Mid-Ship Detective Agency games, also on the ships, are larger than older stuff because of the way they overlay the play on existing venues. And so forth.

The themed entertainment industry is so vast, it seems like there are endless applications for interactive technologies. Who do you think can benefit the most from this type of entertainment – casinos, theme parks, museums, etc.?

I think they can all benefit. In the casino world digital slots and video poker have gone much, much deeper in the complexity of their interactions than many people realize. With progressive and multi-hand machines players who get into the “zone” spend hours in very carefully crafted interactive experiences. And that is with only two, basically pretty old mechanics.

In the theme park industry I think there are all sorts of options for the adoption of game mechanics and game stories that guests have grown to know and love. Theme parks have a long tradition of turning movie IP into attractions; I see no reason why game IP could not provide the same kind of base for interactive attractions in the parks.

And with museums, perhaps it is most important that they adopt the language of their audience if they are going to teach anything important. Writers often say there are only a few basic stories and that may or may not be true. What is true in either case is that storytelling techniques change all the time. Many, many guests today want to be able to guide the entertainment they choose to participate in. Educational institutions of all sorts will do better if they find ways to incorporate play into learning at a deep level.

Are we at a point where an interactive experience can take the place of a ride as a successful E-ticket attraction? Or will guests still want the two to be integrated?

All of the above. What guests want, at all large themed experiences, is variety. It’s part of the promise themed attractions often make. I don’t think traditional shows and rides will ever go away, any more than legitimate theater went away or radio went away when newer technologies came along. But they did change in response to the new media and I suspect that at least the mix of things in parks will change as interactive attractions become a more common part of the mix. 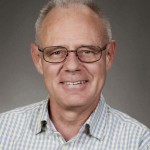 What do you think the future holds for interactive experiences in themed entertainment?

Marc Bolas, a professor of interactive projects at USC recently said to me, “I believe that everything predicted by science fiction is about to come to pass, including chips in the brain.”

I agree with him. We live in a world where total human knowledge more than doubles every year. That rapid knowledge growth means that every day amazing new entertainment technologies and techniques are flowing out of peoples’ minds and into the parks.

That trend will only accelerate. And as guests feel themselves ever more just cogs in the machine of a world of billions and billions of people, they want to engage in things that give control back to them.

“Interactivity,” which is often just a code word for personalization, is one great way to give that control to them. As designers generate more and more tools to allow interactive play in the parks guests will flock to enjoy them. Old styles of entertainment won’t go away, but new styles will join them making the buffet richer and even more fun – even when we didn’t think it could be.

Judith Rubin
Judith Rubin ([email protected]) is a leading journalist, publicist, strategist, blogger, content marketing specialist and connector in the international attractions industry. She excels at writing about all aspects of design and technical design, production and project management. Areas of special interest include AV integration and show control, lighting design and acoustics, specialty cinema, digital video and world’s fairs. Judith has ties to numerous industry organizations. From 2005-2020 she ran communications, publications and social media for the Themed Entertainment Association (TEA). In 2013, she was honored with the TEA Service Award. She was development director of IMERSA, and co-chair of the 2014 IMERSA Summit. She was publicist for the Large Format Cinema Association in the 1990s, now part of the Giant Screen Cinema Association (GSCA) and has also contributed to the publications of PLASA, IAAPA and the International Planetarium Society. Already making her mark as a magazine and book editor, Judith joined World’s Fair magazine in 1987, which introduced her to the attractions industry. Launching as a freelancer in the mid 1990s she has contributed to dozens of publications and media outlets including Funworld, Lighting&Sound America, Sound & Communications, Urban Land, The Raconteur and The Planetarian. She joined InPark in 2010. Judith earned a Bachelor of Fine Arts from Pratt Institute. She has lived in New York City and the San Francisco Bay Area, and now makes her home in Saint Louis, where she is active in the local arts and theater community.
Share
Facebook
Twitter
Linkedin
Email
Print
WhatsApp
Pinterest
ReddIt
Tumblr
Previous articleAndrew Jacobs Joins accesso as Managing Director, Europe
Next articlePGAV Destinations and COSI Announce New Partnership to Advance Informal Science Education in Developing Countries