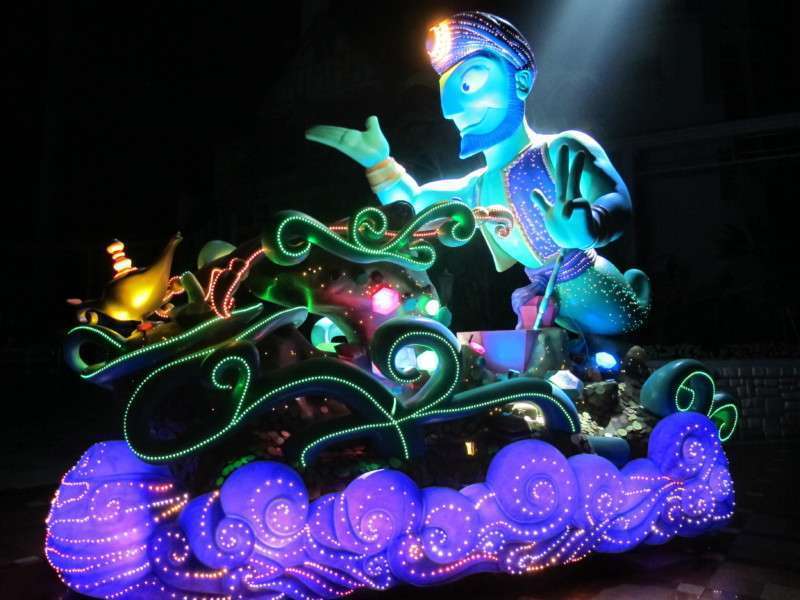 During some 20 years as a lighting designer of themed attractions, Mark Andrew worked on some of the most influential projects in the industry. He recently founded his own company, Remarkable Light.

Lighting and lighting design create a powerful effect on the human psyche. The quality, intensity, placement, and color of light strongly affect mood – to the extent that lighting can make us feel everything from infatuated to terrified. Despite this astonishing effect on our environment and our emotions, all too often lighting design can take a back seat to the overall process.

“On any project, whether it’s a show or a ride, the lighting design is the glue that holds everything together – and holds everything apart,” said Mark Andrew, founder and principal of Remarkable Light, based in Los Angeles. Mark has been a lighting designer in themed entertainment for more than two decades. He trained at San Francisco State University and the Studio and Forum of Stage Design in New York City.

Mark explains the impact lighting design has on our experiences: “Initially, its purpose is to guide the attention of the audience, add dimension to scenes, and to work in tandem with the story to create a fully realized experience. Lighting design brings that intent into the physical realm. In theater – where the flat scenery is lit in a way to make it appear multi-dimensional (and backdrops provide depth, time of day, and create a mood) – the scenery is held away from the actor with backlight and sidelight. Light is also used to tell the audience exactly what to look at and when—and, almost as importantly, especially in attractions, what not to look at.”

Lighting an attraction for entertainment or education has strong similarities and sharp differences to lighting for theater. Walking onto stage shatters the illusion. It’s evident that everything isn’t at all as it appeared from the spectator’s point of view, and much of that is due to the lighting.  But in attractions, the space is configured differently, and the construction is usually permanent. “In immersive spaces, you need to be able to create these same illusions in areas the audience inhabits,” said Mark. “In a ride, for instance, a vehicle is used to direct the audience’s point of view. In other instances, guests may be left to wander through an environment. Different equipment and techniques are used, but it all comes back to the core – telling the story – and that means setting the mood and tone and making it seem real.”

Mark spent a good portion of his career at Yeager Design LLC, where as Associate Designer he was lighting theme park attractions, visitor centers, museum exhibits, corporate theater projects and the occasional observation deck. The primary client he served during that time was BRC Imagination Arts, providing lighting design on some 20 projects, several of which were honored with TEA Thea Awards. The most prominent of the BRC projects were Shuttle Launch Experience and Exploration Space at Kennedy Space Center Visitor Center (Orlando), the Abraham Lincoln Presidential Library and Museum (Springfield, IL), The Ghost of the Castle at Louisiana’s Old State Capitol (Baton Rouge, LA), the Heineken Experience (Amsterdam), Story Garden by AmorePacific (Korea) and two USA Pavilions at world expos: 2005 (Aichi, Japan) and 2010 (Shanghai). Also for BRC, Mark lit exhibits at the Adler Planetarium and the Arizona Science Center.

During his years with Yeager Design, Mark also helped light rides and attractions that guests have enjoyed at Universal Studios parks in Japan, Singapore and Hollywood, Disney’s Epcot, Fox Studios Australia and Lotte World (Mark did the lighting onboard the floats for “Let’s Dream,” Lotte World’s 25th anniversary spectacular & Parade). He also provided lighting design for BattleStations 21, a state-of-the-art disaster training facility for the US Navy.

Mark left Yeager in 2014 to join Rethink Leisure & Entertainment. “Rethink gave me the opportunity to be their in-house LD for Fox World Dubai,” he said. “I also was allowed the opportunity to be a creative producer on a dark ride. And while the project never materialized, I had a great time working on it.”

Prior to joining Yeager, one of his very first attraction projects was lighting Bugs Bunny shows for several Six Flags parks, working for Gene Patrick Productions in the late 1980s.

Mark might be one of the few in his line of business with the distinction of having designed lighting for three observation decks – something that should pique the interest of operators in these days of sky-high attractions.

“While I was with Yeager, I designed three observation decks—The Sears Tower (now known as the Willis Tower) in Chicago, New York City’s World Trade Center (the original), and a design for the Empire State Building observation deck, which wasn’t realized,” he explained.

The Skydeck on the Willis Tower is on the Tower’s 103rd floor and is 1,353 feet high, making it the highest observation deck in the United States. Tourists can experience how the building sways on a windy day, and see across Lake Michigan on a clear day. The observation deck at the World Trade Center was on the top floor and featured a simulated helicopter ride around the city.

Mark explained the special challenge of lighting this kind of attraction: “It’s always a balance between lighting exhibits on the inner core, and the reflections of those exhibits in the windows as people are looking out.” He offered a design suggestion based on experience: “Although this isn’t always the case, the ideal setup from a lighting viewpoint would be to locate the exhibits in a pre-show area, and to have blank walls across from the windows. It would also increase capacity, as people would move through the space more quickly.” He added, “You are selling them the view, not the exhibits. This approach would greatly enhance the experience of looking out the windows, especially at night.”

We asked Mark to describe his project process for context, and he used his work on Shuttle Launch Experience as an example.

“The preshow space is a large, oval-shaped room, very tall. It has three projection screens on the main wall over an architectural grid that covers half the room from floor to ceiling. I spent a long time with Chuck Roberts (then Project Art Director at BRC) working on ways to incorporate the grid into the show. We ended up silhouetting it against acoustic panels mounted within and behind the squares, with LED wash fixtures from the top and bottom. I added an extra set at the bottom that grazed the middle. In this way, we had a ‘traditional’ cyclorama, with top and bottom washes, but also had intensity and color control of each vertical column of squares,” explained Mark.

Mark continued: “In the Simulator Capsules, it was about stepping the lighting down from the load look, which was very bright, to the finale, where the shuttle bay doors open and you see this gorgeous projection of the earth above you,” he said. “The step-down was deliberate and coincided within the timeline of the show. First, it went from white light to blue light in the cabin as the activation of the cabin systems at the show start. Then there’s a slow decrease during the launch to help the viewer focus on the screens. After that is a steep drop in intensity as a simulated emergency alarm goes off. Lastly, there’s a slow fade as the bay doors open. While the doors are open, the only light in the cabin is from the front video screens. Once the bay doors close and the capsule repositions itself, the cabin ‘wakes up’ again for the unload.”

How to optimize collaboration with lighting designers

What specifically does a lighting designer bring to the team, and how is best to work with them? We don’t want too many cooks in the kitchen after all, Mark explained.

“Collaboration is such a key thing,” said Mark. “You have to trust the creative director and art director, and it helps if they have the ego (or lack thereof) to let you jump in. I always ask lots of questions. I challenge assumptions. I look for opportunities where light or a character fixture can help tell the story or light a graphic or direct the guest’s gaze and tell them, ‘Go this way.’ I also like having input on materials – especially for graphics – to minimize glare and reflections, which are the bane of a lighting designer’s existence.”

Mark continued, “It’s necessary to get a feel for the overall scope of the project. Who’s producing? Has the company done this kind of work before? Do they care about and understand lighting, or do they consider it a necessary evil? Are the people building the project or event capable of doing it, and doing it correctly? Will it be maintainable? Is there enough budget?”

Mark’s passion is theatrical lighting – the art of controlling the audience’s attention with light. His unique understanding of lighting as “glue” and as a means of guiding the audience’s attention applies to all his projects. Mark’s background in themed experiences (shows, rides) and architainment (observation decks, etc.) provides him with a unique advantage in applying theatrical techniques to rides and themed experiences. He’s followed this intersection of lighting and theater throughout his career and continued to pursue his passion. His new company is the most recent manifestation of that.

“I started Remarkable Light this year to pull all my work together under the same umbrella and create a design identity for myself. Remarkable Light delivers dynamic lighting design for rides, attractions, themed restaurant, and retail spaces, corporate visitors’ centers, and both touring and permanent museum exhibits.”

Mark will be attending the IAAPA Attractions Expo in Orlando in November 2018 and welcomes inquiries and meetings. Contact him at [email protected] or 310-993-8457. 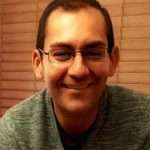 Joe Kleimanhttp://wwww.themedreality.com
Raised in San Diego on theme parks, zoos, and IMAX films, InPark's Senior Correspondent Joe Kleiman would expand his childhood loves into two decades as a projectionist and theater director within the giant screen industry. In addition to his work in commercial and museum operations, Joe has volunteered his time to animal husbandry at leading facilities in California and Texas and has played a leading management role for a number of performing arts companies. Joe previously served as News Editor and has remained a contributing author to InPark Magazine since 2011. HIs writing has also appeared in Sound & Communications, LF Examiner, Jim Hill Media, The Planetarian, Behind the Thrills, and MiceChat His blog, ThemedReality.com takes an unconventional look at the attractions industry. Follow on twitter @ThemesRenewed Joe lives in Sacramento, California with his wife, dog, and a ghost.
Share
Facebook
Twitter
Linkedin
Email
Print
WhatsApp
Pinterest
ReddIt
Tumblr
Previous articleLegacy Entertaiment to officially debut new brand at IAAPA Attractions Expo
Next articleApple Industries previews two new products at AAMA