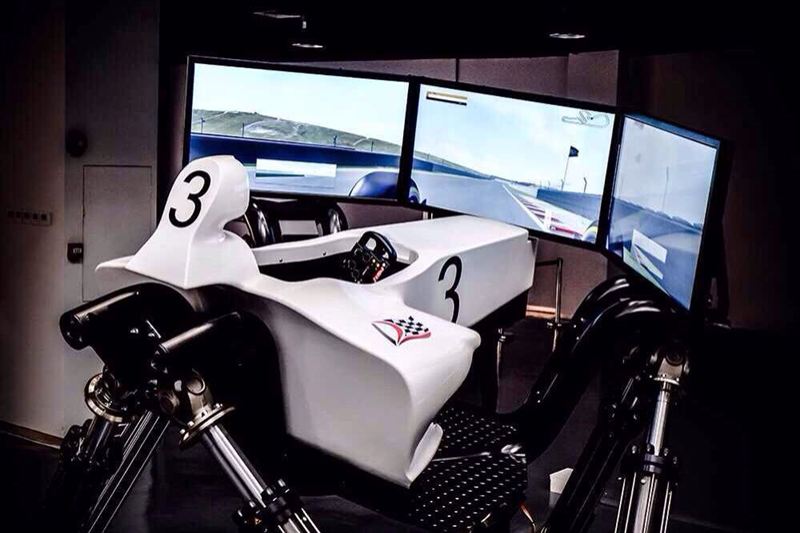 [quote]There is a huge market in China for this new type of business, driven by the new simulator technology.” — Tian Dong, co-founder of Huan Teng Technology[/quote]

The venture is a multi-million dollar investment by partners Tian Dong and Ye Lin who renovated a former car dealership in one of the busiest streets in Guangzhou, which is China’s third largest city, located in the south of China. Dong, who also owns BMW, Lexus, Mercedes and Mini dealerships in China and who has other attractions interests globally, was inspired by the Cruden installation at the Vortex Racing simulation center in Montreal. 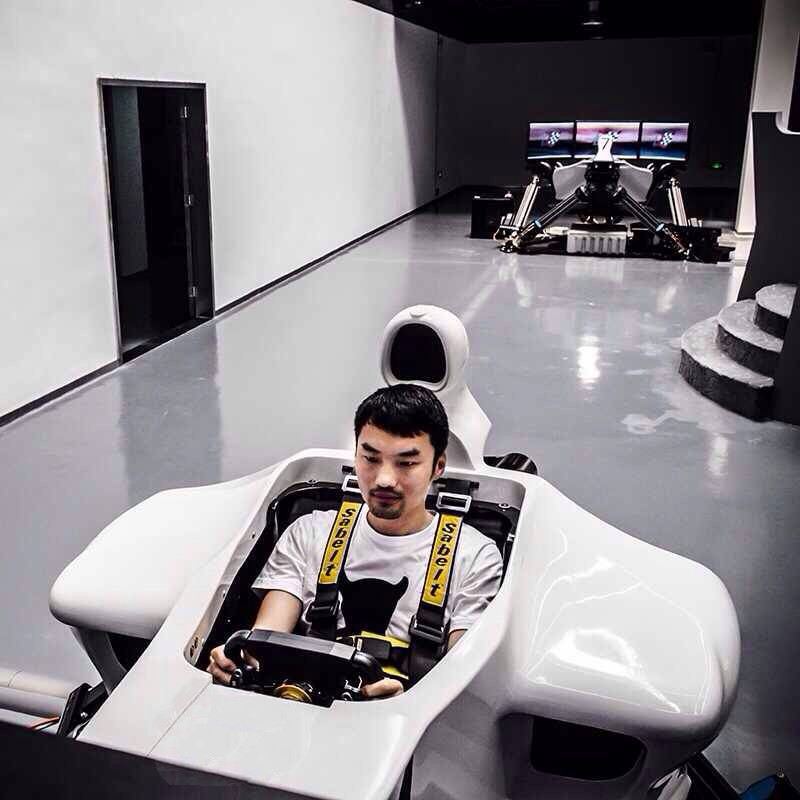 “I spent about half year researching which simulators to use, all over the world. I found the Cruden technology to be the closest product to real F1 cars. Their 6-DOF motion system is the most stable and other simulators from different suppliers were not competitive. As Cruden designs all aspects of the simulator in-house, we are already able to plan making a city race track of Guangzhou,” says Tian Dong, co-founder of Huan Teng Technology.

“We are really pleased to have Cruden’s first installation in China, and look forward to Huan Teng Technology’s customers’ reaction to an experience which is totally new to the market,” says Frank Kalff, commercial director of Cruden. “This installation is a demonstration of Cruden’s ability to design and theme a complete simulator area themed attraction, going beyond what might be expected of an equipment manufacturer.”

It is hoped that the high end venue will attract between 600 and 800 visitors per week. The owners are targeting the under 40 age group of both males and females, as well as business customers from the car dealership businesses.

Joe Kleimanhttp://wwww.themedreality.com
Raised in San Diego on theme parks, zoos, and IMAX films, InPark's Senior Correspondent Joe Kleiman would expand his childhood loves into two decades as a projectionist and theater director within the giant screen industry. In addition to his work in commercial and museum operations, Joe has volunteered his time to animal husbandry at leading facilities in California and Texas and has played a leading management role for a number of performing arts companies. Joe previously served as News Editor and has remained a contributing author to InPark Magazine since 2011. HIs writing has also appeared in Sound & Communications, LF Examiner, Jim Hill Media, The Planetarian, Behind the Thrills, and MiceChat His blog, ThemedReality.com takes an unconventional look at the attractions industry. Follow on twitter @ThemesRenewed Joe lives in Sacramento, California with his wife, dog, and a ghost.
Share
Facebook
Twitter
Linkedin
Email
Print
WhatsApp
Pinterest
ReddIt
Tumblr
Previous articleNew Sennheiser Subsidiary to Specialize in Streaming Technologies
Next articleWhiteWater Themes Zoo and Aquarium Animals for Zoombezi Bay’s New AquaPlay RainFortress