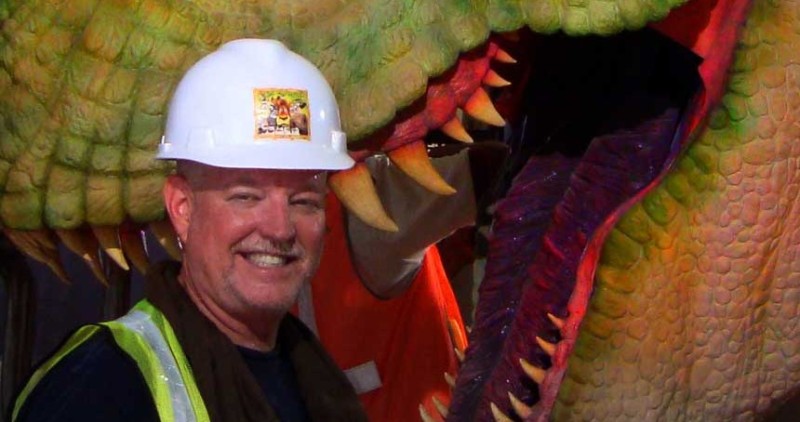 In regard to themed entertainment work in Asia, what are some similarities and differences from one country to another?

Relationships and respect are key in all of Asia; however, each country in Asia has different attitudes toward themed entertainment. My projects In Korea tend to be more intimate, more high tech, with expensive media and special effects. In China we tend to design larger attractions where more guests can beentertained as a large group, i.e., a large 4D theater or live shows.

Let’s focus on China for a bit. Is there a project you’ve worked on that could be regarded as quintessentially Chinese?What aspects made it so?

Yes, that would be what some people call the “OCT model” – a theme park as part of a mixed-use development in which the park is surrounded by residential, retail, and business components. Both the Floraland project I worked on in Chengdu and my current project in Fushun follow this model. Such a designmust include attractions to facilitate repeat visits by local residents as well as the less frequent visits from out-of-town guests. In my current project, the first phase of production was an outdoor water park, which has great appeal to the resident population with the large theme park zones to be completed in the next phases.

Did the 2010 World Expo in Shanghai change the themed entertainment landscape and/or outlook in China?

Yes – like the Beijing 2008 Olympic Games and the upcoming Shanghai Disney Resort, the 2010 Shanghai Expo raised the bar on entertainment design in China. Many Chinese theme parks are inspired now to compete on a global scale. Typically when we begin projects here I spend a lot of time with the clients visiting the leading international entertainment attractions.

You specialize in projects utilizing original intellectual property (IP). Are there still significant challenges to protecting IP in China?It’s getting better – but my clients tend to think locally, and so they aren’t in a position to have to worry about protecting a global IP. The first IP here in China that becomes popular internationally will change all that.

Theme parks aren’t a new thing in China. But the attention on them seems to be new. Why do you think this is?
Like a lot of people in our industry, I thought there would be more world-class theme parks opening before the Beijing 2008 Olympics, butit didn’t happen. Now it’s different. Currently there are more than 100 major theme park projects being developed in China! It may have started with a move by the Chinese Government to encourage local governments to borrow for infrastructure projects under a 2008 stimulus plan. A recent ban on new theme parks projects in China has not stopped any of the ongoing projects I know of.

What projects currently out there right now are you keeping your eye on?
Obviously, the coming Shanghai Disney Resort. The huge project I’m working on here in Fushun will have two more zones opened by next year. I’m looking forward to hearing more about the Monkey Kingdom project outside Beijing, designed by Thinkwell Group. Gary Goddard Entertainment has several major projects here in China. Outside China, my friends at Lotte World in Korea keep expanding with new projects. Outside Asia, the Paramount project in Spain is really exciting. Then there are projects that may not currently exist, but I hope soon will. I would really like to hear about a new Universal Studios park somewhere. I really love working for them. I’m hoping we hear more about a new Universal Studios Theme Park and Resort in Korea, India or Russia soon.

Several big Asian projects seem to be tied to gaming resorts. But in the US, the link between gaming and themed entertainment seems inconsistent. What is your observation?

In Asia, the link is very strong. The quick return on investments in opening a gaming resort is a huge plus. Asian families typically traveling in family units will want to go someplace that enables them to visit a gaming resort and also a theme park. Unlike the US there is no stigma attached to having gaming and themed entertainment in the same location.