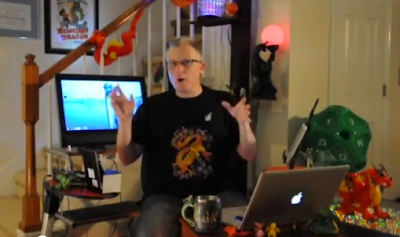 Included in the campaign is this blurry video of a possible “dragon” in flight:

The video resembles a patent awarded to Disney last month for an ultralight-type vehicle shaped like a dinosaur with flapping wings. 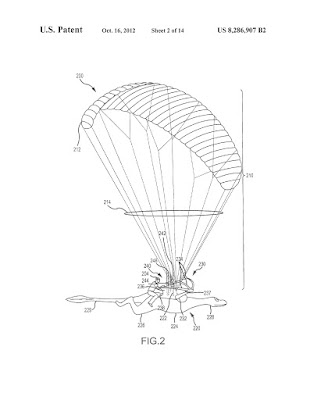 A prototype was photographed in June over the Central California town of Shaftner, fourteen miles north of Bakersfield.  According to the Bakersfield Californian, one eyewitness reported, “It breathes fire and the mouth opens and closes.”  The prototype was also reported to have a fifteen-foot wide wingspan.

At the time, the patent and prototype were speculated by a number of Disney fan sites to be designs for the Avatar-themed lands announced for Florida’s Animal Kingdom and Disney’s international parks.

IPM News will continue to report on this development over the next few months.

Joe Kleimanhttp://wwww.themedreality.com
Raised in San Diego on theme parks, zoos, and IMAX films, InPark's Senior Correspondent Joe Kleiman would expand his childhood loves into two decades as a projectionist and theater director within the giant screen industry. In addition to his work in commercial and museum operations, Joe has volunteered his time to animal husbandry at leading facilities in California and Texas and has played a leading management role for a number of performing arts companies. Joe previously served as News Editor and has remained a contributing author to InPark Magazine since 2011. HIs writing has also appeared in Sound & Communications, LF Examiner, Jim Hill Media, The Planetarian, Behind the Thrills, and MiceChat His blog, ThemedReality.com takes an unconventional look at the attractions industry. Follow on twitter @ThemesRenewed Joe lives in Sacramento, California with his wife, dog, and a ghost.
Share
Facebook
Twitter
Linkedin
Email
Print
WhatsApp
Pinterest
ReddIt
Tumblr
Previous articlePHOTO: Legends 2012 at IAAPA Attractions Expo
Next articleVIDEO: GCI Announces "Back Track" Wood Shuttle Coaster