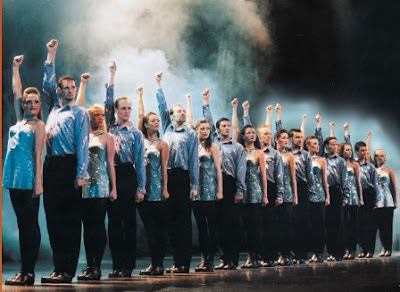 “I just finished a world tour that took me to Europe and Australia, and I was reminded of how much great entertainment other countries have to offer,” Dolly Parton said. “I’m so excited to invite these international performers to share their talents with my Dollywood guests during Festival of Nations this spring.”

Winner of nine Global Awards, including Best Choreography and Best International Production, “Spirit of the Dance” has entertained more than 30 million people worldwide.

“Spirit of the Dance” features the world champion dancers of the Irish International Dance Company whose frenzied feet, when moving in military precision, have been compared to the sound of a runaway freight train. Irish in origin and bursting with raw energy, “Spirit of the Dance” combines heart-pounding Irish dance with uplifting vocal harmonies presented by Celtic singers who perform a selection of powerful, passionate songs.

“Spirit of the Dance” is performed in DP’s Celebrity Theatre and, along with all Festival of Nations shows, is included with park admission.

Dollywood was recognized in 2010 with the theme park industry’s most prestigious honor, the Applause Award. The Applause Award honors a park whose management, operations and creative accomplishments have inspired the industry with its foresight, originality and sound business development.

Joe Kleimanhttp://wwww.themedreality.com
Raised in San Diego on theme parks, zoos, and IMAX films, InPark's Senior Correspondent Joe Kleiman would expand his childhood loves into two decades as a projectionist and theater director within the giant screen industry. In addition to his work in commercial and museum operations, Joe has volunteered his time to animal husbandry at leading facilities in California and Texas and has played a leading management role for a number of performing arts companies. Joe previously served as News Editor and has remained a contributing author to InPark Magazine since 2011. HIs writing has also appeared in Sound & Communications, LF Examiner, Jim Hill Media, The Planetarian, Behind the Thrills, and MiceChat His blog, ThemedReality.com takes an unconventional look at the attractions industry. Follow on twitter @ThemesRenewed Joe lives in Sacramento, California with his wife, dog, and a ghost.
Share
Facebook
Twitter
Linkedin
Email
Print
WhatsApp
Pinterest
ReddIt
Tumblr
Previous articleIPM News Presents Asian Casino Report: The Vegas Pack
Next articlePrime Play Supplying South Florida’s Largest Ropes Course to Wow Factory