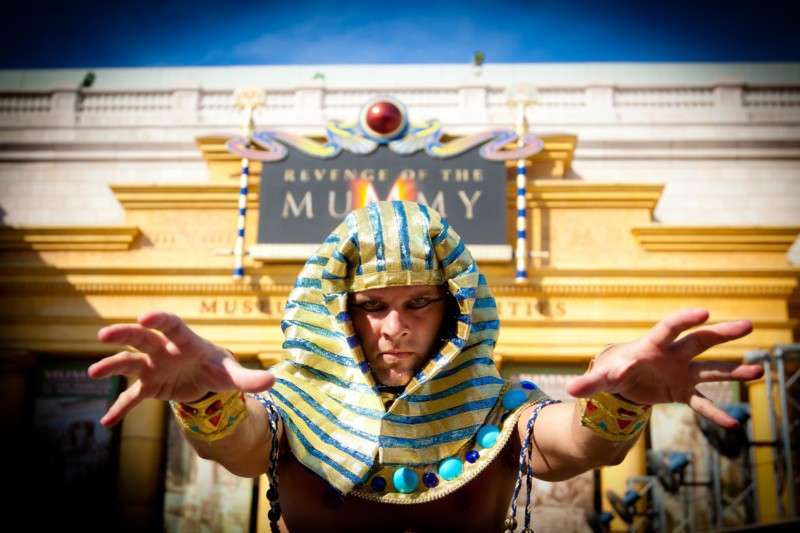 ABOVE: Revenge of the Mummy. Courtesy Universal Orlando Resort.

In 2004, Universal Studios opened its Revenge of the Mummy attractions in California and Florida and Disney’s Magic Kingdom park debuted Stitch’s Great Escape. It was also 15 years ago that the first issue of InPark was published and unleashed on crowds of IAAPA Expo attendees. Indeed, the interceding 15 years seem to have passed by quickly, and a lot has happened, both in the world and at InPark.

We are not alone in celebrating a milestone. Painting with Light just turned 20. Entertainment Design Corporation is 25. Animax celebrates 30 years. Technifex and Miziker Entertainment both turn 35. Lagotronics honors their 40th anniversary and Christie earns the top award for being 90. This is only a sampling; there are many others celebrating their hard work and success.

The longevity of companies in our industry points to its health and maturity – and to theirs. A lot of knowledge and experience is carried by these institutions and people that have persevered through adverse conditions and recognized opportunities in good times and bad.

On the other end of the spectrum, the industry is now cultivating new talent and leadership, often by partnering with academia – a concept that was only in its early stages a scant 15 years ago. It’s now accepted that know-how and skill are both learned and earned, from time spent both in the classroom and in the field.

Of course, your industry publications are a key part of that knowledge transfer and InPark has spent 15 years telling the stories of what works in the industry and how success is achieved. We chronicle technology, the people who develop it, and those who implement it in creative ways.

Towards that end, as we begin work on the next 15 years, we are always in search of great stories AND people who can write about them. Come visit us during the IAAPA Expo (and other industry events) or drop us an email to talk about your ideas and abilities.

We’re inspired by the anniversaries around us to talk about our own, and pleased to have been here to support the industry for a decade and a half. Here’s to the next 15!

Joe Kleimanhttp://wwww.themedreality.com
Raised in San Diego on theme parks, zoos, and IMAX films, InPark's Senior Correspondent Joe Kleiman would expand his childhood loves into two decades as a projectionist and theater director within the giant screen industry. In addition to his work in commercial and museum operations, Joe has volunteered his time to animal husbandry at leading facilities in California and Texas and has played a leading management role for a number of performing arts companies. Joe previously served as News Editor and has remained a contributing author to InPark Magazine since 2011. HIs writing has also appeared in Sound & Communications, LF Examiner, Jim Hill Media, The Planetarian, Behind the Thrills, and MiceChat His blog, ThemedReality.com takes an unconventional look at the attractions industry. Follow on twitter @ThemesRenewed Joe lives in Sacramento, California with his wife, dog, and a ghost.
Share
Facebook
Twitter
Linkedin
Email
Print
WhatsApp
Pinterest
ReddIt
Tumblr
Previous articleJudith Rubin: Cross platforming and cross pollination
Next article#80 – IAAPA 2019