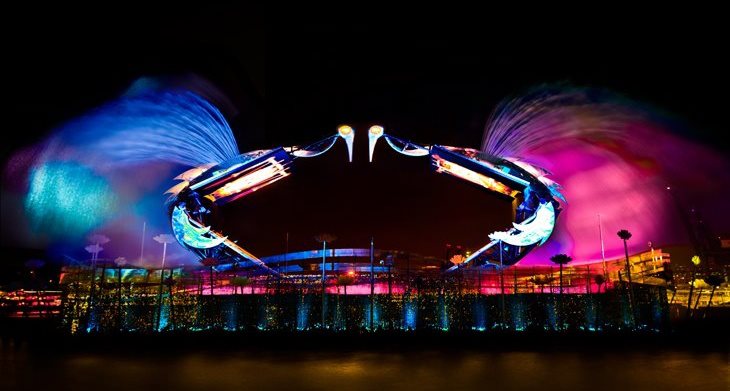 Los Angeles , CA, USA — Entertainment Design Corporation is pleased to announce that its Board of Directors has appointed Alex Calle as Chief Executive Officer.

Calle previously held the position of Director of Design at EDC. Since joining the company in 2009 as Art Director for the award-winning Crane Dance attraction at Resorts World Sentosa, and later, as EDC’s Director of Design for The Fortune Diamond and The Wishing Crystals, two 20-million dollar WOW attractions at The Galaxy Macau, Calle has spearheaded major creative, strategic, and technical shifts across the company’s portfolio of projects.

Before joining EDC, Alex designed for Thinkwell’s Warner Bros Theme Park, Abu Dhabi as well as their Saraya Aqaba project in Jordan. As a film and TV designer, Calle’s productions include; Disney’s Pirates of the Caribbean II and III, the MTV Movie Awards, and Starz’s Magic City. As a theatrical set designer, Calle has worked for a number of renowned regional theatre companies, including The California Shakespeare Theatre, The Eugene O’Neill Theatre, The Cuillo Theatre, Florida Stage, The Kirk Douglas Theatre, and The Colony Theatre. He also served as the resident designer for Invertigo Dance Theatre’s 2008 season.

The Board is confident that with this appointment, EDC can build on its existing strengths and develop in new directions, ensuring future sustainability and growth.