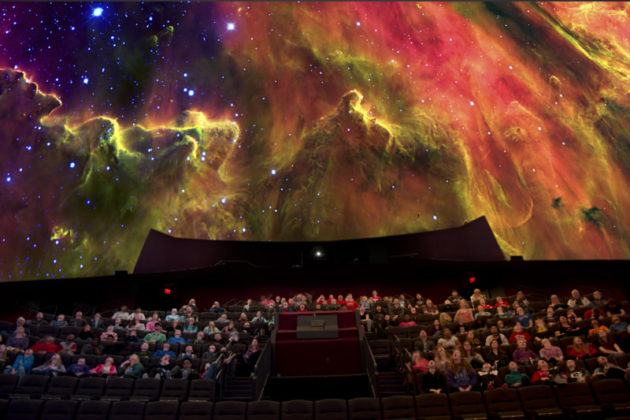 Salt Lake City, UT, USA — Evans & Sutherland Computer Corporation (E&S) (OTCPK: ESCC) has announced the appointment of Jonathan Shaw as Chief Executive Officer and a member of the Board of Directors in connection with the retirement of David Bateman as the Company’s CEO and Board member, and the promotion of Kirk Johnson to President and Chief Operating Officer. Mr. Johnson will report to Mr. Shaw. As members of the E&S Executive Management Team, they will work closely together on product and strategy development, marketing and sales to drive value to our customers, shareholders and employees.

“We are extremely pleased that Jon has accepted the role of CEO of E&S,” said L. Tim Pierce, Chairman of the Board of the Company. “Jon has served as the President of our wholly owned subsidiary, Spitz, Inc., for more than 14 years. He has led all of the major initiatives that have resulted in Spitz becoming a world leader in supplying dome projection screens, education-focused planetariums, unique architectural structures and developing opportunities in theme parks.”

“I am honored to be given the opportunity to be E&S’s next CEO. It is a privilege to be part of an organization with such a rich history and capability. I look forward to working with the Board and the very talented staff at E&S and Spitz to pursue future growth opportunities and to maximize the value of our shareholders’ investment,” said Mr. Shaw.

Throughout his career, Mr. Shaw has successfully held senior-level positions in operations, manufacturing, sales, product management, marketing and general management. Mr. Shaw was appointed President and Chief Executive Officer of E&S’s subsidiary, Spitz, Inc., in November 2001, where he held various management positions since 1985. Prior to Spitz, Jon held several engineering positions with Mobil Oil Corporation. He holds a BS in Engineering from the University of Delaware and an MBA from Widener University.

Kirk Johnson will assume the role of President and Chief Operating Officer. Mr. Johnson was appointed Vice President and General Manager of E&S’s Digital Theater Division in 2002. He joined E&S in 1990 and held various engineering and management positions prior to his VP role. Prior to E&S, Mr. Johnson worked as an FCC compliance and regulatory engineer and project manager at Communication Certification Laboratory. He holds a BS in Electrical Engineering and an MBA, both from the University of Utah.

“We congratulate Kirk in his new role at E&S. It is very exciting to have him expand his role on our Executive Management Team which will allow him to utilize the skills, relationships and industry knowledge that he has gained while working at E&S for the last 26 years,” said Mr. Pierce.

“I look forward to working with the Board, Jon and our employees to continue to provide the exceptional products and services that our customers have come to expect from E&S. I am excited to more fully integrate E&S and Spitz in order to consolidate costs, increase profitability and grow our business,” said Mr. Johnson.

“The entire Company is very grateful for the steady leadership Dave Bateman has brought to his 10 years of service as our CEO,” Mr. Pierce said. “Dave has tirelessly worked to resolve many significant challenges faced by the Company, including the very important 2014 resolution of the liabilities associated with the Company’s pension plan. He has been a great leader and colleague and we wish him the best in retirement as he moves to this next phase of his life.”

Joe Kleimanhttp://wwww.themedreality.com
Raised in San Diego on theme parks, zoos, and IMAX films, InPark's Senior Correspondent Joe Kleiman would expand his childhood loves into two decades as a projectionist and theater director within the giant screen industry. In addition to his work in commercial and museum operations, Joe has volunteered his time to animal husbandry at leading facilities in California and Texas and has played a leading management role for a number of performing arts companies. Joe previously served as News Editor and has remained a contributing author to InPark Magazine since 2011. HIs writing has also appeared in Sound & Communications, LF Examiner, Jim Hill Media, The Planetarian, Behind the Thrills, and MiceChat His blog, ThemedReality.com takes an unconventional look at the attractions industry. Follow on twitter @ThemesRenewed Joe lives in Sacramento, California with his wife, dog, and a ghost.
Share
Facebook
Twitter
Linkedin
Email
Print
WhatsApp
Pinterest
ReddIt
Tumblr
Previous articleDXB and Gulf Islamic Investments to Develop State-of-the-Art Parking Management System for Dubai Parks and Resorts
Next articleCloud-Based Galaxy Connect from Gateway Ticketing Provides Unique Platform for Ticket Sales