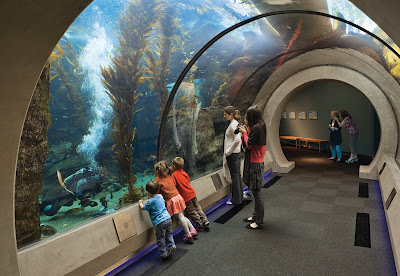 Los Angeles — ETC lighting and control products are key to illuminating the diverse exhibits, offices and architecture in the California Science Center’s new 165,000-square-foot Ecosystems wing, open to the public as of March 25, 2010. Nearly ten years in the making, the new permanent exhibit allows visitors to experience a blend of live animals and hands-on science experiments in eleven distinct ecosystems, each illustrating an ecological principle. The wing nearly doubles the exhibit space at the California Science Center and is expected to raise visits above the average annual attendance of 1.4 million that the facility had previously welcomed.

ETC’s Unison® Paradigm control system, Sensor®+ dimming, SmartSwitch™ relays, and Source Four® fixtures were all part of the lighting and control package for Ecosystems. The Paradigm system provides simultaneous control of all the architectural lighting in the public areas, including the central atrium, and the 60,000 square feet of new administrative offices, in addition to dry and wet exhibits and special-event elements such as a simulated flash-flood experience in the 2,500-square-foot Desert ecosystem. 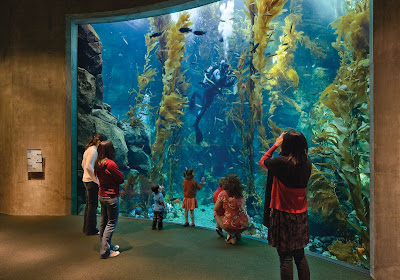 An earlier version of the Unison controller had been initially specified for Ecosystems, but during the project’s incubation period, the new ETC Unison Paradigm system became available. “We were able to switch to the new product in the heat of the project, with very few technical issues and no change of price,” noted Haas. “Paradigm is a perfect fit for this type of project.”

Paradigm was engineered to improve facility efficiencies across the board. As part of its green energy-management functionality, Paradigm performs building sweeps — making certain that lights have not been inadvertently left on during unoccupied times. The intuitive color-coded LED button displays on the Unison controls allow multiple exhibit areas to be controlled via just a few strategically-placed stations. And Paradigm can also function as centralized control, accessing the lighting in any specific area of the exhibits as well as the upper office areas, with equal ease of programming and level setting.

Every controllable circuit in the expansion wing is operated by the Paradigm system, including ETC’s Source Four lighting fixtures, which provide patterned effects and adjustable focus for the changing events in the three-story-high central atrium.

Gallegos Lighting made full use of Paradigm’s versatility to accommodate the specific cycles and conditions of a project that blends technical sophistication with ecological sensitivity, while also meeting the needs of the Center’s operations staff. “It’s my company’s specialty to integrate both the exhibit and the architectural, and I like the Paradigm for that,” says Patrick Gallegos. “The system is extremely flexible and does a lot of things very well. Each exhibit here has its unique lighting needs. Paradigm allowed us to isolate and program each space individually, while at the same time set up the system to be easily maintained and adjusted by a small number of people at the facility.”

Judith Rubin
Judith Rubin ([email protected]) is a leading journalist, publicist, strategist, blogger, content marketing specialist and connector in the international attractions industry. She excels at writing about all aspects of design and technical design, production and project management. Areas of special interest include AV integration and show control, lighting design and acoustics, specialty cinema, digital video and world’s fairs. Judith has ties to numerous industry organizations. From 2005-2020 she ran communications, publications and social media for the Themed Entertainment Association (TEA). In 2013, she was honored with the TEA Service Award. She was development director of IMERSA, and co-chair of the 2014 IMERSA Summit. She was publicist for the Large Format Cinema Association in the 1990s, now part of the Giant Screen Cinema Association (GSCA) and has also contributed to the publications of PLASA, IAAPA and the International Planetarium Society. Already making her mark as a magazine and book editor, Judith joined World’s Fair magazine in 1987, which introduced her to the attractions industry. Launching as a freelancer in the mid 1990s she has contributed to dozens of publications and media outlets including Funworld, Lighting&Sound America, Sound & Communications, Urban Land, The Raconteur and The Planetarian. She joined InPark in 2010. Judith earned a Bachelor of Fine Arts from Pratt Institute. She has lived in New York City and the San Francisco Bay Area, and now makes her home in Saint Louis, where she is active in the local arts and theater community.
Share
Facebook
Twitter
Linkedin
Email
Print
WhatsApp
Pinterest
ReddIt
Tumblr
Previous articleHARKNESS SCREENS supplies immersive space adventure "Exploration Space" at Kennedy Space Center
Next articleWildfire will introduce 2 new lighting products & a new product line at LDI in Las Vegas Oct 22-24