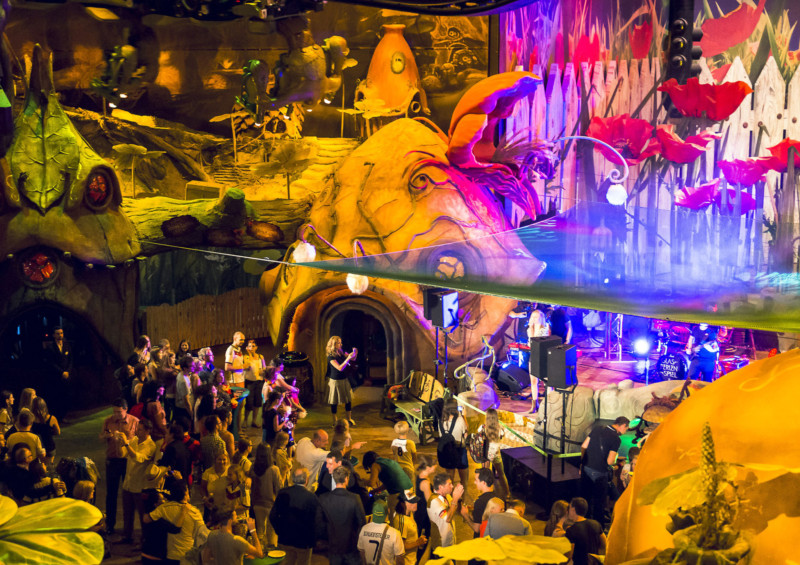 Rust, Germany (July 7, 2014) — “Follow me” is the exclusive song from the successful electro band Glasperlenspiel for the new major attraction “ARTHUR: In the Kingdom of the Minimoys.” In a unique acoustic concert on July 4, 2014 in the detailed world of the Minimoys in Europa-Park, Carolin Niemczyk and Daniel Grunenberg presented the catchy number that can also be heard in the waiting area and the boutique of the new themed ride “ARTHUR”. Based on the fantastic story of Luc Besson’s successful trilogy “Arthur and the Minimoys” hijacked the spherical song on an adventurous journey, at the end of which the evil is defeated and good wins. 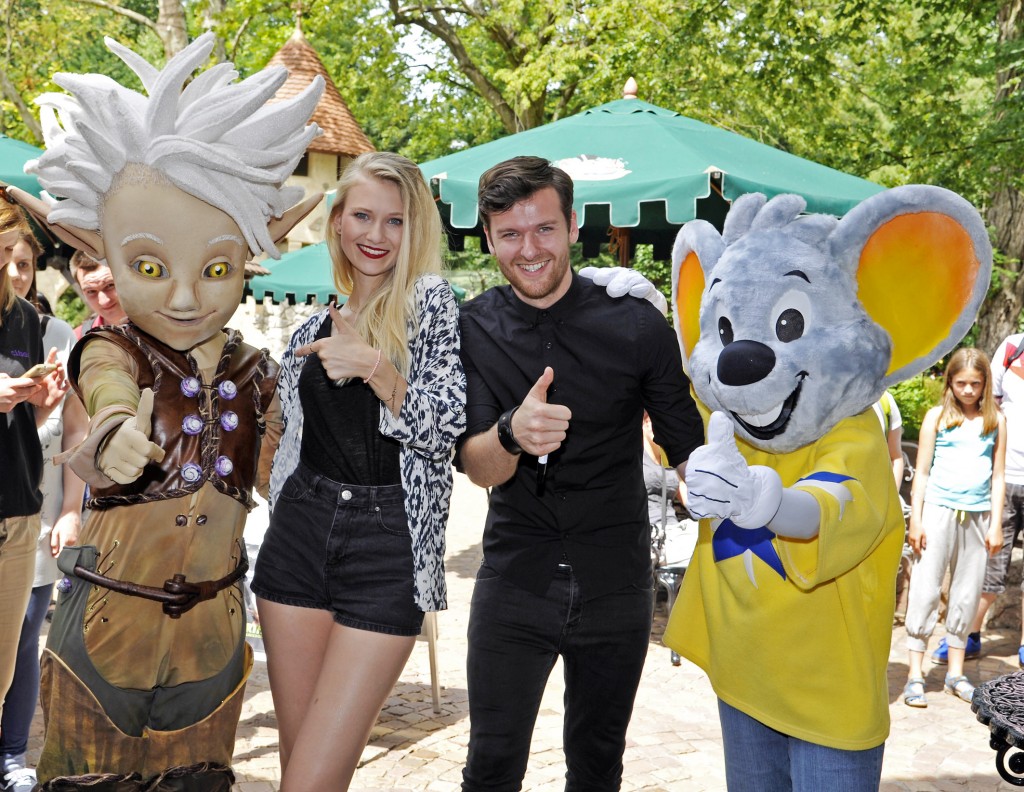 The duo has long been one the fans of Germany’s largest amusement park. Even at noon, fans were able to enjoy autographs from their favorite band. In Grimm’s fairy tale forest, visitors to Europa-Park, Germany’s biggest theme park, received autographed cards and photos signed by their idols. For Michael Mack of Europa-Park, it quickly became clear: “Only Glasperlenspiel can do the song in question. The sympathetic young musicians have always remained grounded and give their songs values ​​that are important to the entrepreneurial Mack family. “Touch the text and provoke thought, exude joy and positive energy. With their incomparable sound that mixes catchy melodies with modern electronic beats, Glasperlenspiel have sung to the hearts of fans. Their debut album released in 2011, “Move with me” and the single “Real” reached in a very short time gold status. “Follow me” is also on the new album “Boundless – at this moment” to hear. When played at the exclusive concert at Europa-Park, the song turned out as fast favorite among listeners and was celebrated with a well due encore.

Joe Kleimanhttp://wwww.themedreality.com
Raised in San Diego on theme parks, zoos, and IMAX films, InPark's Senior Correspondent Joe Kleiman would expand his childhood loves into two decades as a projectionist and theater director within the giant screen industry. In addition to his work in commercial and museum operations, Joe has volunteered his time to animal husbandry at leading facilities in California and Texas and has played a leading management role for a number of performing arts companies. Joe previously served as News Editor and has remained a contributing author to InPark Magazine since 2011. HIs writing has also appeared in Sound & Communications, LF Examiner, Jim Hill Media, The Planetarian, Behind the Thrills, and MiceChat His blog, ThemedReality.com takes an unconventional look at the attractions industry. Follow on twitter @ThemesRenewed Joe lives in Sacramento, California with his wife, dog, and a ghost.
Share
Facebook
Twitter
Linkedin
Email
Print
WhatsApp
Pinterest
ReddIt
Tumblr
Previous articleCharacter Themed Rooms Coming to Tokyo Disneyland Hotel
Next articleHalloween Time Returns to Disneyland Resort with Extended Dates for Mickey’s Halloween Party