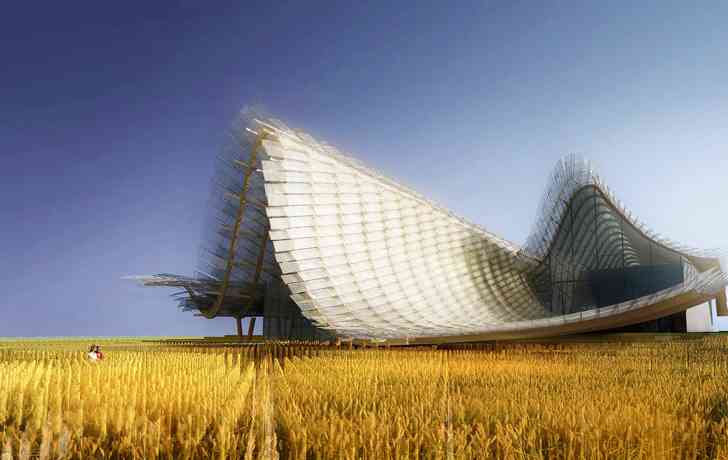 An overview of Expo Milano 2015 by James Ogul followed by a design sidebar from Christian Lachel of BRC Imagination Arts. Story from June 2014, updated April 2, 2015.

This article is part of “Tales from the Expo” – an InPark Magazine online book written by James Ogul and edited by Judith Rubin.

Expo Milano 2015 will be a major world event, drawing millions of visitors and international dignitaries. Registered world expos are held every five years. The last one was in Shanghai in 2010 and attracted 70 million visitors. Attendance projections for Milan are in the neighborhood of 20 million, reflecting the large difference in populations between Italy and China.

The city was chosen in competition to host the expo by an international treaty organization, the Bureau International des Exhibitions (BIE). This Paris-based organization has existed since 1928 and currently includes 168 member countries. It has approved future expos in Astana, Kazakhstan in 2017 which will be a smaller scale Recognized Expo running for 3 months, and Dubai in 2020 which will host the next large scale Registered Expo. The United States is no longer a member of the BIE (withdrawing in 2002 due to Congress not appropriating dues) but in spite of this the US participated in Aichi 2005, Shanghai 2010 and Yeosu 2012 and is on track for 2015.

Milano 2015 has signed 145 countries, 3 international organizations, 13 non-governmental organizations and 5 corporate paviilions to participate. Its theme is “Feeding the Planet: Energy for Life.” The master plan for the expo was designed by Stefano Boeri, Richard Burdett, Mark Rylander and Jacques Herzog. The 110-hectare site is oblong in shape with the long axis measuring 3 km (1.9 miles) and will be lined with the National Pavilions.  The shorter axis will feature Italian exhibitions including the Italian Pavilion. As Milan is a Registered expo, the exhibiting countries must construct their own pavilion buildings from the ground up. (This is unlike the smaller Recognized expo, in which the organizer provides building for all participants.) Exceptions are made at Registered expos for smaller, developing countries in cases where they lack the financial resources to build a building. In such cases, organizers have been providing buildings for these smaller countries to rent space in a grouped configuration. At Milan, smaller nations will jointly exhibit in six clusters based on specific foods like rice, coffee, cocoa and fruit, spices and legumes and three clusters focused on bio-med, agriculture and nutrition. This is a novel approach compared to  past expos where smaller countries have generally been grouped by geographic region. 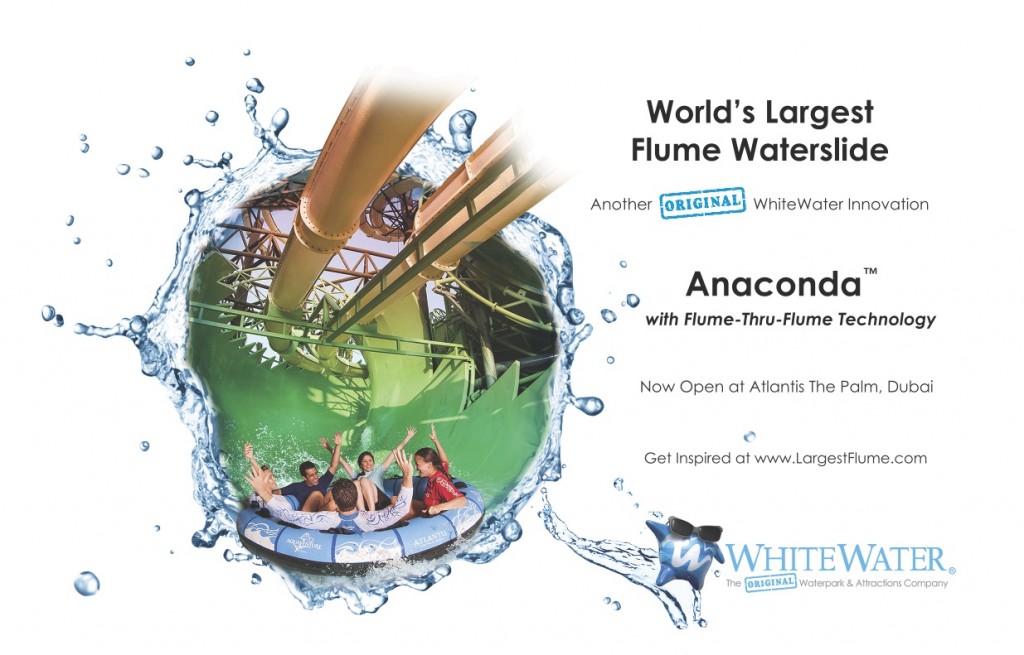 With a public investment of EUR 1.3 billion and an estimated private sector contribution of EUR 350 million, the Expo is expected to provide 60,000 jobs and generate EUR 5 billion in regional income. Public surveys have indicated that 84% of the public approves the Expo and 87% believe it will generate growth and new jobs for Milan. The head of Expo Milano 2015 is Giuseppe Sala, who serves as Commissioner General for the Government of Italy. One of his many responsibilities is to recruit participating countries. With 145 nations participating, he has done well.

World’s fair pavilion projects are very complex, and can encounter challenges in administration, design, funding, construction and operations. Often, participants race against time to complete by opening day, and in the past it has not been unusual for some to not be fully ready. In Milan many of the plots on which pavilions are being built (provided rent-free) are narrow and deep. This presents a challenge for architects and exhibit designers, especially in designing such exhibit elements as high capacity theaters with large projection screens. Pavilions can be multi-story with area ranging up to 4000 square meters. Pavilions are designed to handle large crowds and 20,000 visitors a day can be quite common. Operating hours at Milan will be from 8:00 am to 8:30 pm, seven days a week for the entire 184-day run of the Expo. Pavilion budgets can range in the tens of millions and higher; the USA Pavilion budget has been quoted at $65 M. Each participating country has its own Commissioner General who oversees the pavilion’s design, production and operation.

A great deal of money changes hands in multi-million dollar contracts over a short period of time at world’s fairs, and occasionally corruption can seep in. On May 9, 2014, seven former lawmakers, managers and public officials were arrested over alleged attempts to influence public tenders for the fair. Due to the high visibility and importance of Expo Milano 2015 to the images of both Italy and Milan, Prime Minister Matteo Renzi enlisted the head of Italy’s new anti-bribery authority to help salvage preparations and avoid any further risk of disrupting the event.

Raffaele Cantone, the head of Italy’s national anti-corruption authority, recently told the news agency Ansa that the Expo would soon open with a “few problems” but that its public contracts were clean, thanks to an agreement with the Organisation for Economic Co-operation and Development that had aimed to stem corruption in the exhibition.

In addition to national pavilions from participating countries, there will be corporate pavilions at Expo Milano 2015. Businesses can construct pavilions in the Corporate area on 1,000-square-meter plots located near the Eastern entrance to the site. To become corporate participants, businesses were required to provide a theme statement when submitting their response to an RFP and sign a Participation Contract with Expo 2015 to construct, furnish, manage and then dismantle their own pavilion.

The five corporate pavilions are: Vanke (a leader in contemporary Chinese real estate); China Corporate United Pavilion (a group of conservation-minded companies); New Holland Agriculture (a leader in agricultural mechanization); Kip International School (promoting sustainable practices); and JooMoo (modern Asian lifestyle and arts). This is a small number compared to Shanghai in 2010 which had 18 corporate pavilions with some of the best state-of-the-art exhibitions at the fair. It may be that as more and more countries seek corporate sponsorship for their pavilions, fewer corporations will mount their own pavilions (generally a much greater expense). At any rate it is worth noting that corporations have historically offered some of the most memorable pavilions at world expos.

Planning to visit the Expo? Here’s a link to buy tickets.

SIDEBAR: Design challenges and unique requirements for exhibitors at Milan 2015, noted by the designers of the EU Pavilion

One of the greatest challenges is the narrow and long plot given to each of the participants. The Expo site is surrounded on all sides by existing roadways, a rail yard, a prison (which sells the best roses in the area) and adjacent neighborhoods. This has created a very unusual site and the master planning team did a very good job maximizing the number of plot areas available for participants. The plan reminds us of row house neighborhoods in Chicago, where you get a very narrow façade that addresses the street and a very long house and yard that extend to an adjacent alleyway. The nature of the long plots, which come in a variety of sizes and some variation of shapes, requires a very strategic approach in developing the spatial design, the visitor flow and how the story unfolds through a series of connected experiences. This challenge is compounded by additional setback requirements along the plot perimeter and the requirement of an open-exhibition zone that must have a food component. The above combination really “squeezes” the planning into narrow and linear spatial areas. You have a lot of things happening in a very tight area, which requires the pavilion to consider additional floors, ramping and elevators. If you’re good at Tetris, then you probably have a leg up on the planning needs.

The second challenge was mentioned above and that’s the requirement of a food component in the pavilion plan. This makes sense from a thematic standpoint – after all it is Italy, and the expo is about food. However, the space required for two days of food storage (dry and cold), food prep, food safety, kitchen and guest dining areas add further complexity to an already difficult linear site plot. All can be sorted through proper design thinking and planning, but these requirements will tend to push the exhibition and show areas into the first and second floors of the pavilion. The third challenge we’ve seen is the requirement by participants to “buy” sponsored packages for each of their pavilions. It’s normal to have some level of packaged services. However, Milan has a created a very specific set of services from their sponsors and some of these packages are mandatory, which drives up costs for the participants.

The new twist to the expo provided packaging is around technology. For the first time at a world expo, we’re seeing a major technology partner (in this case Samsung) push their products and services onto the show and exhibition designers. Although it is not mandatory to use Samsung, they definitely have a heavy presence and in some cases it does make sense to use Samsung gear. However, there is less of a free market approach to this expo and that is something that as world expo designers and producers we’re watching very closely.

With all challenges comes opportunity and we feel Expo Milano 2015 will be a great World Expo. The long and narrow sites have already created some interesting pavilion solutions. The food program will be amazing. And the overall entertainment and nighttime event program will be world-class. It’s also been our experience that some of the best pavilions at recent expos are not always the biggest ones or the ones that had the largest budgets. We’re expecting to see some great things done on a limited budget and with limited space.