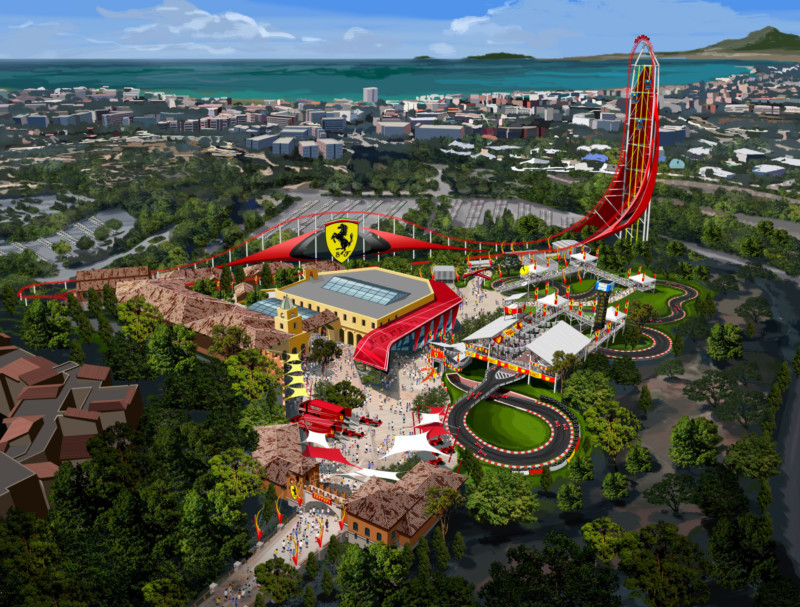 [quote]Ferrari is an obvious choice not only for the values the brand represents, but also for their experience in the Ferrari World Abu Dhabi theme park. For us, it is also an honour to collaborate with such a worldwide recognized brand.” — Sergio Feder, PortAventura Executive Chairman[/quote]

The new branded site, expected to open during 2016, will be the sole Ferrari theme park in Europe and will envisage a total investment of more than €100 million. Ferrari Land will be built on a total surface area of 75,000 square meters and benefit from several rides (including the highest and fastest vertical accelerator in Europe), a new premium hotel with 250 rooms and 5 star service, restaurants, shops and large simulation areas for car racing. 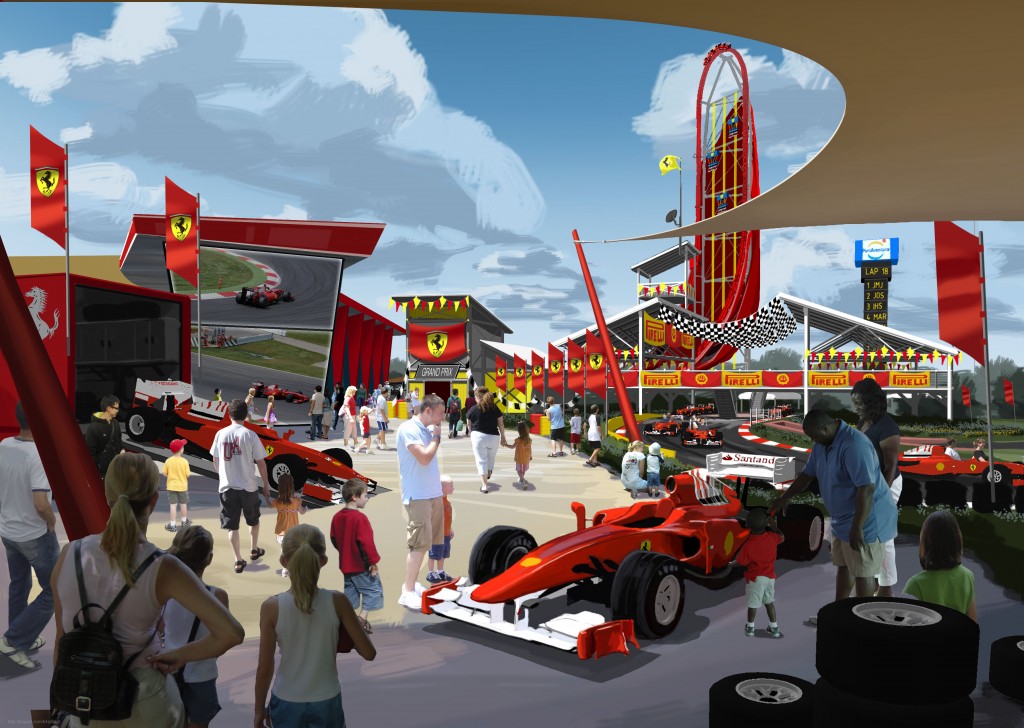 This new partnership with Ferrari, the world’s most powerful brand for the second consecutive year (according to the annual Global 500 report, February 2014), and PortAventura (Europe’s second largest destination resort and the largest in the Mediterranean) will allow the resort to further improve its position as a leading European destination resort. At present, PortAventura receives nearly 4 million visits annually, of which nearly 50% are from outside Spain.

Over recent years, PortAventura has executed a strategy of continued expansion with the aim of turning the resort into a leading destination resort in Europe. To achieve this, the company has developed a strategy of internationalization and the incorporation of new projects every year since 2009 with an investment of over 125 million Euros.

The construction of a new area for children, SésamoAventura, was the first of these investments in 2011, followed within a year by the construction of Shambhala, Europe’s highest roller coaster.  In 2013 it was the turn of Costa Caribe Aquatic Park, the resort’s water park, which was extended and furnished with new record-breaking attractions.

And for this year, the theme park is delighted to launch yet another outstanding attraction: Angkor, an ride that takes visitors on a boat trip through a lush jungle to face a number of challenges and adventures. PortAventura also recently unveiled an agreement with Cirque du Soleil, the world’s leading theatre company. During the months of July and August, the Canadian troupe will install its Big Top in the resort to perform one of its most celebrated shows, ‘Kooza’. The agreement also lays the groundwork for the possible creation of a permanent base for Cirque du Soleil at the resort in the near future.

According to Sergio Feder, PortAventura Executive Chairman, “Since entry we implemented a long term plan supported by well-known international brands to increase visitors to approximately 5 million yearly and to transform PortAventura into the best destination resort in Europe.”

Andrea Perrone, Managing Director of Ferrari Brand, the subsidiary responsible for managing all activities regarding the use of the Ferrari brand said “After the successful experience of the Abu Dhabi Ferrari World we have received numerous requests to launch new Ferrari theme parks. After a thorough selection process, we have selected Investindustrial’s solid project backed by skilled and experienced people and the opportunity to bring the Ferrari allure in Spain where there are a lot of supporters and fans including a lot of tourists attracted also by the PortAventura destination resort. “Ferrari Land” will further strengthen the Ferrari brand in the region. “Ferrari Land” will appeal to entire families as well as Formula One supporters. We will continue to further look at the launch of additional Ferrari theme parks outside of Europe with no rush, while continuing to maximise the value of our prestigious brand without diluting it.”