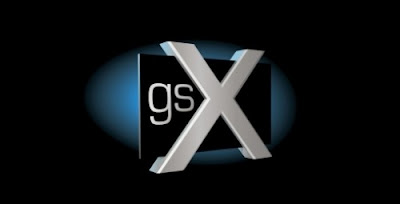 West Sussex, UK (September 24, 2012) — Global Immersion, a leader in the field of high performance immersive theater, has confirmed the première of the “world’s highest performance and most versatile” digital Giant Screen Cinema system, GSX™. On October 20th 2012, the new Peoria Riverfront Museum (PRM), Illinois, USA, will open to the public with the first GSX giant flat screen theater. The facility will become what Global Immersion believes to be the highest resolution digital Giant Screen Cinema in the world, capable of 2D and 3D presentations, and will be the only theater to offer multiple, automated aspect ratio modes including 4:3 at 4K by 3K resolution.

Since being approved in 2001, the PRM project in Peoria, Illinois, has worked to clearly defined objectives to become a cultural center for art, history, science and achievement through the application of pioneering design, technology and innovation.

Following contract award in 2010, Global Immersion has collaborated with PRM and its team of technology and consultancy partners to develop the state-of-the-art theater which will launch next month. The new theater system is now available as part of Global Immersion’s GSX series of digital Giant Screen Cinema systems, each designed for the emerging Digital Immersive Giant Screen Specification (DIGSS), with “unrivaled performance” and unrestricted content capability.

The PRM theater, powered by GSX, will feature a 70 x 52 feet / 21.3 x 15.8 meter screen, 200 seats, and a range of features unique to GSX that will enable the museum to play an unrestricted range of content including traditional Giant Screen films, streamed, alternative, live and online media in multiple aspect ratios and file formats (including Digital Cinema Initiative [DCI]-encrypted films). The system is capable of playing content at up to 60 frames per second and in 12-bit color depth.

Speaking about the project, and the unique capabilities of the new system, Martin Howe, CEO at Global Immersion commented; ‘We are incredibly proud to be delivering the first GSX to such a visionary team of museum and technology professionals. Since the beginning, we have worked diligently to evaluate the best possible technology choices and partners, and to set ambitious goals for our digital Giant Screen Cinema system in order to provide a high performance platform that rivals and even outperforms the quality of film and yet offers the broadest possible range of content for the Giant Screen Cinema world.”

Jim Richerson, President and CEO of Peoria Riverfront Museum says, from the beginning the Museum has been focused on creativity and innovation. “Clearly Global Immersion’s GSX system delivers that and more. With this system Global Immersion delivers several industry firsts and this will most certainly ‘Play in Peoria’! Key to serving our mission and bottom-line is a system like GSX that is flexible in programming and technologically upgradeable.”

The GSX theater system at the Peoria Riverfront Museum will deliver up to 6 foot-lamberts (ftL.) of brightness in Giant Screen 3D mode in 4:3 aspect ratio; a 3D image at least twice as bright when compared to alternative Giant Screen Cinema systems.

Fully DCI-compliant and designed for DIGSS, GSX uses a dual projector design to achieve True 4:3™; a feature which projects 4,000 by 3,000 pixels in 4:3 aspect ratio to deliver 12 million unique pixels on screen. The product is the only digital Giant Screen Cinema system in the market today to project 4K by 3K resolution, and does not use ‘over-projection’ or ‘masking’ techniques to achieve 4:3.

The system is the only digital Giant Screen Cinema solution available offering automated multiple aspect ratios at the push of a button, including True 4:3™; enabling theaters to rapidly switch between 16:9, 1.85:1, 1,89:1, 2.39:1, and True 4:3™ modes on demand without loss of resolution or brightness.

“We have created an industry-leading solution which addresses the demand for ultra-bright Giant Screen 3D, and will expand the content library available to Giant Screen theaters,” concludes Howe. “Not only does GSX set new standards for digital Giant Screen Cinema, but it goes beyond the expected and allows theaters to choose, see and experience more than ever before.”

About Peoria Riverfront Museum
Peoria Riverfront Museum is a one-of-a-kind collaboration where visitors can explore and learn about the world—from Peoria to far-off galaxies. The museum focuses on interdisciplinary learning—a fusion of art, history, science and achievement designed to develop knowledge, critical thinking skills and a lifelong passion for learning. The museum’s programs and exhibits are an extension of the classroom—engaging the community, empowering teachers, exciting and educating students, and attracting visitors from near and far.

About the Giant Screen Theater (GST) at Peoria Riverfront Museum
The Giant Screen Theater (GST) is a key component of the new Peoria Riverfront Museum, a $77 million, 82,000 SF multidisciplinary museum opening October 20, 2012. The GST is expected to increase access to learning, help revitalize downtown, attract attendance and revenue, and provide the community with a flexible, state-of-the-art digital theater capable of screening a wide range of content in various formats, from classic GS documentary films, to Hollywood studio releases, to TEDx events, and to live simulcasts. White Oak Associates, Inc., museum planners and producers, are responsible for the PRM’s Strategic Master Plan and other planning; White Oak is coordinating the development of the GST among its several providers and programmers.

About Global Immersion
Global Immersion is an international designer and supplier of high performance digital immersive theater. The award-winning team, with offices in the UK and USA, specializes in the innovation of world-class digital Giant Screen Cinema, 3D, 4D and planetarium environments. Renowned for delivering some of the world’s greatest digital theaters, the company develops and integrates leading-edge technologies exclusively for application, and has worked with some of the finest museums, science centers, digital theaters, theme parks and visitor attractions.

By a unanimous Board vote on September 22, 2011, the GSCA accepted the role of stewardship of DIGSS 1.0 with a goal of further developing the recommendations. John Jacobsen, principal investigator of the Digital Immersive Screen Colloquium for Unified Standards and Specifications (DISCUSS NSF-ISE 0946691) said, “GSCA’s stewardship will enable the refinement and administration of DIGSS 1.0+, its screen testing and its global buy-in, and this has already paved the way for innovation by suppliers and innovators such as Global Immersion.” The results of the NSF-funded project are available free at http://whiteoakinstitute.org and http://www.giantscreencinema.com/.

Joe Kleimanhttp://wwww.themedreality.com
Raised in San Diego on theme parks, zoos, and IMAX films, InPark's Senior Correspondent Joe Kleiman would expand his childhood loves into two decades as a projectionist and theater director within the giant screen industry. In addition to his work in commercial and museum operations, Joe has volunteered his time to animal husbandry at leading facilities in California and Texas and has played a leading management role for a number of performing arts companies. Joe previously served as News Editor and has remained a contributing author to InPark Magazine since 2011. HIs writing has also appeared in Sound & Communications, LF Examiner, Jim Hill Media, The Planetarian, Behind the Thrills, and MiceChat His blog, ThemedReality.com takes an unconventional look at the attractions industry. Follow on twitter @ThemesRenewed Joe lives in Sacramento, California with his wife, dog, and a ghost.
Share
Facebook
Twitter
Linkedin
Email
Print
WhatsApp
Pinterest
ReddIt
Tumblr
Previous articleNewborn Giant Panda Cub Passes Away at National Zoo
Next articleWhiteWater West Experiences Strong Summer in Europe

FlyRide Opens at Beyond The Lens! in Pigeon Forge