One on One: Doug Roberts, Worldwide Telescope, Microsoft Research 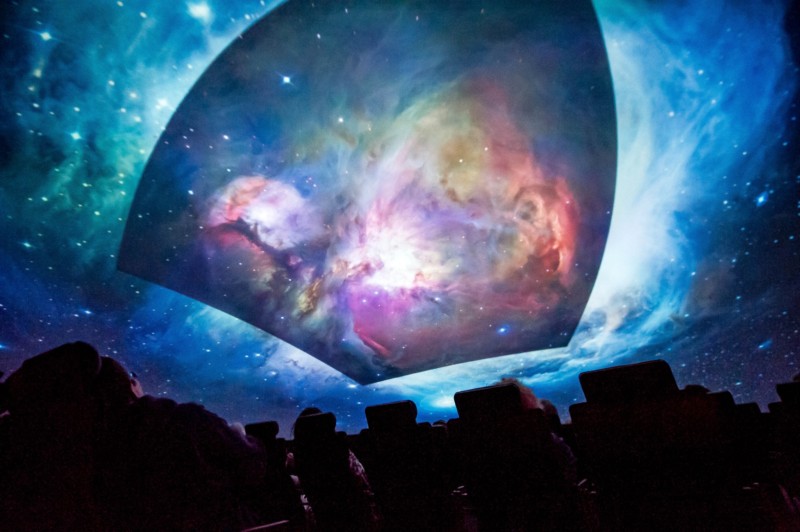 Doug Roberts, WorldWide Telescope Architect, is a visionary science communicator and visualizer. He is speaking at IMERSA Summit 2014 on the session, “Virtual Realities and Game Changers.”

WorldWide Telescope (WWT) is a free software program that functions as a virtual telescope and is marketed as an enriching resource for schools, museums, planetariums, and homes. Its 5.0 release was unveiled in January at the 223rd meeting of the American Astronomical Society in Washington, D.C.

Here, Roberts is interviewed by Patrick McPike, Visualization Engineer for the Space Visualization Studio at the Adler Planetarium, where Roberts has held a variety of positions beginning as Astronomer in 2000 and culminating as Associate VP for Digital Technologies/CTO (2010-2013). Roberts is also an Adjunct Associate Professor at Northwestern University.

What do you expect to cover in your talk at the IMERSA Summit?

I’ll be speaking to innovation in the planetarium industry – such as connecting people in a communal dome setting with other people using personal VR devices. I feel that people want be able to ask an expert and share their knowledge and excitement with others in this communal storytelling environment. It is important to note that these advances in immersive hardware are not astronomy-specific, although they are well-suited for telling astronomy stories. They expand our idea of what a planetarium is – to include what happens outside the dome.

We are now at a place where creating new planetarium experiences is something that can be done by an increasing number of people outside the traditional planetarium community. I can’t anticipate what will be produced, I just know it will be different.

I look forward to seeing the amazing experiences that will be created when the producers can spend more time creating the experience and less time fiddling with technology. 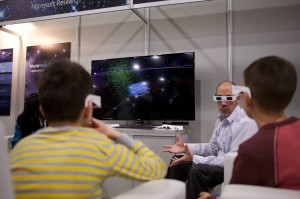 You have been working in the planetarium field for quite some time… how did you get started?

Actually I started by consulting on a project for the visualization group at National Center for Supercomputing Applications (NCSA) at the University of Illinois at Champaign-Urbana (UIUC). I helped them to add models of the gas in the very center of our Galaxy – gas that is swirling around the 4 million solar mass black hole. The Galactic Center data was added to a detailed, 3D model of the entire Milky Way.

This introduced me to the challenges of off-line and real-time rendering, which were just starting to be used in digital planetaria. When the Adler Planetarium in Chicago and Northwestern University started a joint position, I jumped at the opportunity to use my background in scientific visualization for outreach as well as interpretation and research.

My programming skills were used to do some interesting interactive aspects of a show on black holes, in one of the first fully digital, real-time dome systems. The show used keypads on each seat to poll the audience to interact with various strong gravity environments.

After those early digital dome shows, my colleague Dr. Mark SubbaRao and I started the Space Visualization Laboratory (SVL) at the Adler, which provided an interactive visualization and storytelling space on the exhibit floor. I became more interested in merging scientific visualization for narrative storytelling with interactive real-time data exploration in domes. 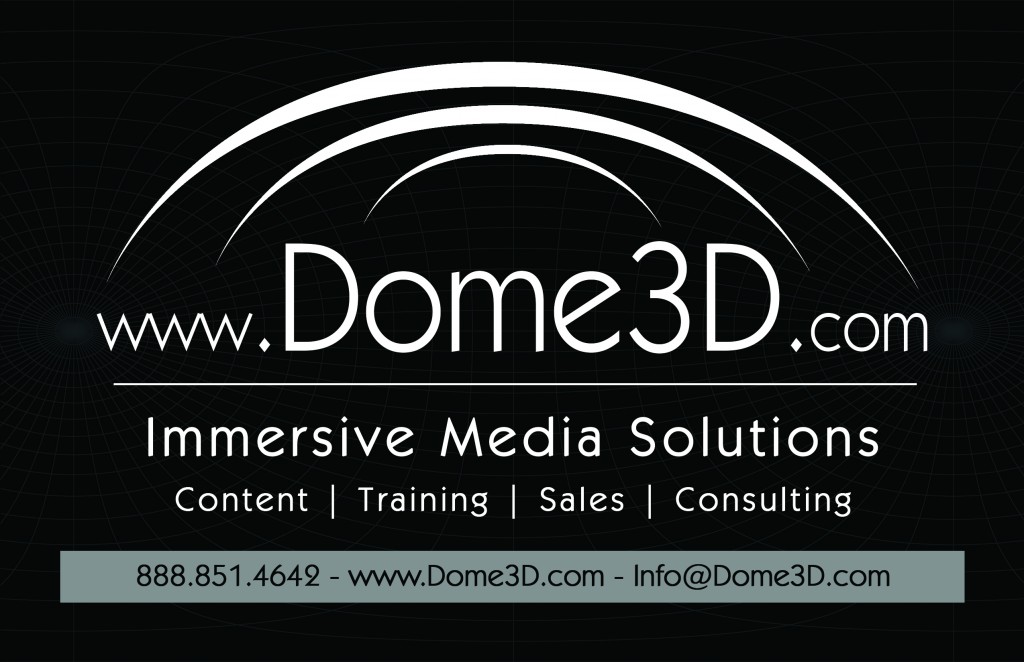 Tell us more about how digital technologies have helped you communicate as an astronomer and science educator in the dome.

Going digital really opens up dome environments to the stories of the latest, most-exciting human discoveries.

I have had experiences with professional astrophysicists where interacting with a visualization helped a group to understand complex environments. I’ve also had many more such experiences personally interacting with the public. In both cases technology that enabled the viewer – scientist or citizen – to change their view greatly increased how quickly they absorbed the details of an astrophysical system.

I’ve always wanted to embrace or create new technologies to help data exploration and communication. I think my willingness to try new hardware and software systems is one of my key strengths. I’ve always seen those systems as tools to facilitate something specific I wanted to do: for example, look at very large images, or view many wavelengths observations simultaneously.

You oversaw the installation of the first fully 8K dome in the US. What were the major challenges?

To this day, it is my understanding that the Grainger Sky Theater at the Adler Planetarium is the highest resolution dome in the world. Other 8K domes actually had less than 8192 (8K) pixels on an arc drawn from one side, through the zenith to the other side. The Grainger actually had more than 8K in that arc. Additionally, the projectors could display satisfyingly pure black levels for night sky visualizations.

The major challenge was to create a new, fantastic show without access to the theater, since it was being built along with the show. Everything was new – the dome material, the dome geometry, individual projectors specifications (color, black-level etc) and overall system specifications, like resolution, number of pixels etc.

When we rendered to video we were visualizing many large datasets and the render time was extreme. We didn’t have time to make 3 versions and decide which looked better. We could only look at a few test images and very few video sequences. Controlling motion and using color were incredibly difficult without seeing real video on the dome. It was a challenge to move the large data around, connect with partners and get the show loaded into the theater for opening day. It all came off great, though and it was an honor to work on this project with some amazingly talented people.

What were some things you learned that might be of use to others considering 8K?

Things we did right were fast internal networking, large fast render farm and fast, capable, redundant video servers for video playback and real-time systems. We have a great dome geometry, design and materials. The projectors with very dark black levels allow software to manage blending images without physical hardware masks to prevent part of one projector’s output being seen on another. Everyone who first saw the still image of the Earth there had an “ah-ha moment” and said it was the coolest thing they had ever seen.

The 8K resolution and dark black levels required specialized projectors and many of them, twenty in fact. This made the planetarium system very complex. From a hardware perspective, a big challenge is keeping the image on the dome to be uniform in brightness, especially in a live system which couldn’t go down for lengthy replacements or calibrations.

What is WorldWide Telescope about?

WorldWide Telescope (WWT) is a portal to information, and an exciting new tool from Microsoft that I’m really pleased to be working on. It was developed by Microsoft Research to empower the user to explore the rich library of astronomical data using the metaphor of a virtual telescope. One of the design principles is that the tool should allow both the exploration and communication of astronomy content. This enables both narrative storytelling and free exploration.

Functionally, WWT is similar to other planetarium systems. Its real power is that it can be run on a smartphone all the way to a multi-million dollar 8K projection system. The reality of modern astrophysics is that I give instructions to the observatory remotely to observe things and then expect my data to be accessible to me on a variety of devices from phone to supercomputer. WWT deals with data and provides scaled access to it in exactly the same way.

This should make cool capabilities much more available… WWT was first released in 2008 and in since then it has many new features that enable fine control of tours for cinematic experiences. Also, WWT is now set up to play back in digital domes, from completely driving small DIY domes to running alongside vendor-supplied software in some of the world’s largest domes.

What is the future of planetariums, in your opinion?

In my experience, the two most impactful aspects of planetaria are 1) seeing the natural beauty of the cosmos in an immersive environment and 2) the communal aspect of a shared experience, guided by a good storyteller. Planetaria are places where that guided exploration happens. There will be an evolution of technology that brings increasing visual fidelity at each iteration.

Integrating personal VR between people distributed geographically as well as to large dome installations using avatars, portals and other elements of virtual reality can bring planetaria into a totally new place, connecting people to each other and to content experts. There’s great potential that this will open up to many new users making and sharing content, and new, unexpected ways of communicating to one another just how amazing our universe really is. • • •