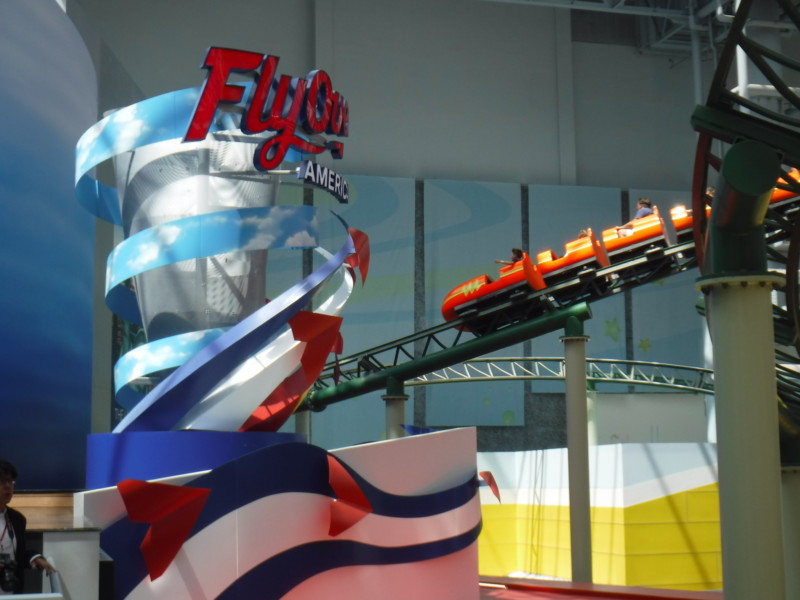 On Thursday, May 19th, Brogent Technologies invited guests to experience their latest i-Ride installation at the Mall of America. The attraction, FlyOver America, is the second for developer and operator Soaring Attractions, who opened FlyOver Canada (Vancouver) in 2013. 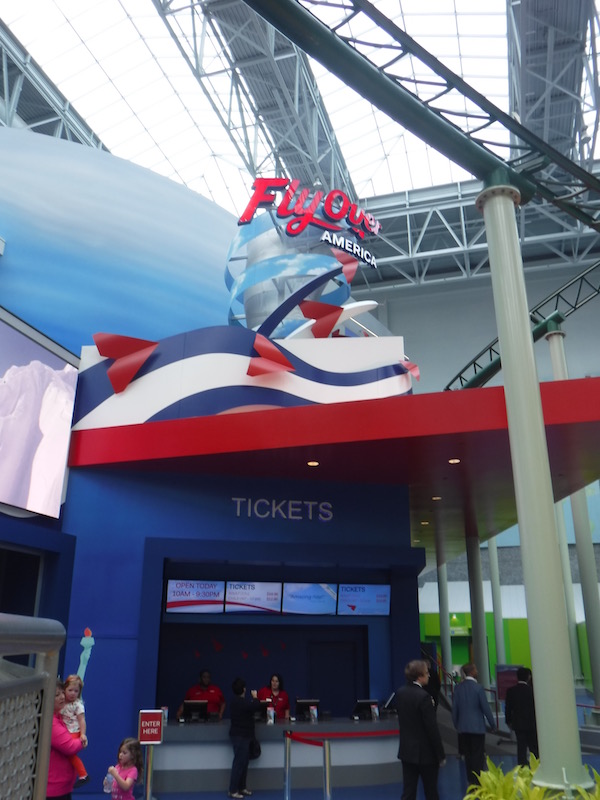 The project is a result of a partnership between Brogent, Soaring Attractions and Vekoma. Brogent, whose specialty was in digital gaming systems, was working on a park in 2008 that Vekoma was also involved with. Vekoma suggested there may be opportunity to develop more themed rides, and a partnership was forged. Today, Vekoma handles marketing and sales of Brogent’s media-based attractions.

The first i-Ride (short for infinity-Ride), opened at EDA theme park in Taiwan. Fujikyu Highland park in Japan opened, followed by Attack on Titan, also in Taiwan. The two FlyOver attractions brings the total number of installations to five. In 2017, more i-Rides are scheduled to open in Germany, Spain, Amsterdam, Abu Dhabi and China – doubling their install numbers in just one year.

Tim Chen, Sales & Marketing Director for Brogent, touted the system’s benefits. “i-Ride offers 6 Degrees of Freedom (DOF), can provide .5G’s, and also offers a shaking feature.” In FlyOver America, this was effectively utilized in a sequence following a small prop plane. As the viewer flies through the plane’s contrails, the ride simulates a brief moment of turbulence.

Chen also made it clear that there are two parts to the attraction: technology and media content. “Without good storytelling, the ride system is just mechanical components,” said Chen. The attraction’s chief storyteller, Rick Rothschild, was unable to be at the event, but his mark on the film is indelible.

While i-Ride is a modular system and can be built with a variety of seating options, FlyOver America features three levels, each with three gondolas, or ride units. Guests climb stairs to their assigned level and buckle up. At the ride’s start, the gate in front drops down and the ride units move forward into the dome. The theater utilizes a single digital DLP projector with a fish eye lens.

The ride experience is smooth and has some thrilling components. When the film swoops and dives, the ride does the same, providing a more intense feeling. According to Chen, the thrill factor can be dialed up significantly if the client requests it.

Soaring Attractions wanted a ride that appealed to multiple generations. At 9 minutes, the film seems just about the right length, and with 40 million visitors annually (16 million of which are tourists), the Mall of America is an ideal location for the attraction to take advantage of the traffic.

Soaring Attractions plans to bring a Christmas ending to FlyOver America later this year and is in talks to expand the brand to other locations around the world.

FlyOver America is featured in InPark’s May 2016 issue (#62), scheduled for release soon.