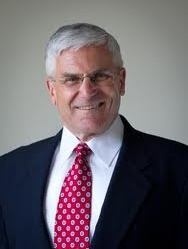 Arlington, VA, USA (April 26, 2012) /BUSINESS WIRE/ — Former Army Chief of Staff General George W. Casey, Jr. (USA-Ret.) has been named to The Army Historical Foundation’s Board of Directors. During his initial three-year appointment, Casey will help advance the campaign to construct the National Museum of the United States Army at Fort Belvoir, Virginia.

Casey, whose tenure as Chief of Staff (2007-2011) bridged one of the most difficult and demanding periods in recent Army history, led the service successfully in executing two wars while engaged in a profound phase of transformation to a more agile, responsive, and effective 21st Century force.

During his career, Casey held command positions from platoon to division level and beyond. Prior to his appointment as Army Chief of Staff, he served three years as the senior commander of coalition forces in Iraq.

“I am honored to be part of an organization focused on capturing and telling the story of this great Army,” said Casey.

Casey is a graduate of Georgetown University’s Edmund A. Walsh School of Foreign Service and earned his Master of Arts in international relations at the University of Denver.

He is a member of the Board of Trustees of Ride2Recovery, an organization that uses cycling as to assist the recovery of wounded servicemen and women; a member of the Board of Directors of ThanksUSA, an organization that provides scholarships to children and spouses of service members; and the Chairman of the Military Advisory Board of Viridis Learning, an educational software company working to increase employment opportunities for Veterans.

Casey is also a member of the Board of Governors of Colt Defense, a leading designer, developer, and manufacturer of small arms and weapons systems, and the Board of Directors of FedBid, an online reverse auction marketplace for federal procurement.

Joe Kleimanhttp://wwww.themedreality.com
Raised in San Diego on theme parks, zoos, and IMAX films, InPark's Senior Correspondent Joe Kleiman would expand his childhood loves into two decades as a projectionist and theater director within the giant screen industry. In addition to his work in commercial and museum operations, Joe has volunteered his time to animal husbandry at leading facilities in California and Texas and has played a leading management role for a number of performing arts companies. Joe previously served as News Editor and has remained a contributing author to InPark Magazine since 2011. HIs writing has also appeared in Sound & Communications, LF Examiner, Jim Hill Media, The Planetarian, Behind the Thrills, and MiceChat His blog, ThemedReality.com takes an unconventional look at the attractions industry. Follow on twitter @ThemesRenewed Joe lives in Sacramento, California with his wife, dog, and a ghost.
Share
Facebook
Twitter
Linkedin
Email
Print
WhatsApp
Pinterest
ReddIt
Tumblr
Previous articleEntire Summer Will See World Record Riding Attempt on Big One at Blackpool Pleasure Beach
Next articleTurtle Trek Media Event