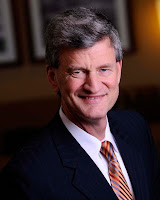 Phoenix, AZ, USA /BUSINESS WIRE/ — Apollo Group, Inc. has announced that Allen (“Al”) Weiss has been appointed to the company’s board of directors, filling an existing vacancy. Mr. Weiss will serve as an independent director of the company, and will sit on the audit committee.

“Al brings a tremendous amount of business talent and expertise to the board,” said John Sperling, executive chairman of the board of Apollo Group. “Not only did Al lead Disney’s Parks and Resorts division through its strongest period of revenue and profit growth ever – in the midst of a worldwide economic recession – he did so without compromising the high-quality experience Disney’s guests have come to expect.”

Mr. Weiss retired from The Walt Disney Corporation in November 2011, after nearly 40 years of employment with the company. Most recently, Mr. Weiss served as president of worldwide operations for Walt Disney Parks and Resorts, overseeing all aspects of business operations at Disney’s theme parks and resorts throughout the world. Under Mr. Weiss’ leadership, Disney’s Parks and Resorts division experienced double-digit revenue growth and improved profitability, while maintaining an outstanding guest experience at every Disney resort and theme park.

An active community and business leader, Mr. Weiss was appointed by the U.S. Secretary of Commerce to the board of directors of the Corporation for Travel Promotion, where he worked with other industry leaders to promote travel to the United States. In addition, Mr. Weiss serves as a member of numerous civic, community and business groups, including: the governor’s council of the Metro Orlando Economic Development Commission; the advisory board of directors of SunTrust Bank, Central Florida; the board of trustees of the Sanford-Burnham Institute for Medical Research; and the advisory board of Give Kids the World. Previously, Mr. Weiss served as chairman of the board of the University of Central Florida Foundation, and is a past member of the UCF board of trustees.

Mr. Weiss is the recipient of numerous business, community and volunteer awards. In 2005, he was named “Most Influential Businessman in Central Florida,” by the Orlando Business Journal. In addition, he has been recognized by Pop Warner Football, the University of Central Florida, and the Rollins College Crummer Graduate School of Business for his accomplishments as a business and community leader. Mr. Weiss is a graduate of the University of Central Florida, and received his MBA from the Crummer Graduate School of Business at Rollins College.

ABOUT APOLLO GROUP, INC.
Apollo Group, Inc. is one of the world’s largest private education providers and has been in the education business for more than 35 years. The Company offers innovative and distinctive educational programs and services both online and on-campus at the undergraduate, master’s and doctoral levels through its subsidiaries: University of Phoenix, Apollo Global, Institute for Professional Development and College for Financial Planning. The Company is authorized to provide programs and services in 41 states and the District of Columbia; Puerto Rico; Latin America; and Europe, as well as online throughout the world.

For more information about Apollo Group, Inc. and its subsidiaries, call (800) 990-APOL or visit the Company’s website at http://www.apollogrp.edu.

Joe Kleimanhttp://wwww.themedreality.com
Raised in San Diego on theme parks, zoos, and IMAX films, Joe Kleiman would expand his childhood loves into two decades as a projectionist and theater director within the giant screen industry. In addition to his work in commercial and museum operations, Joe has volunteered his time to animal husbandry at leading facilities in California and Texas and has played a leading management role for a number of performing arts companies. Joe has been News Editor and contributing author to InPark Magazine since 2011. HIs writing has also appeared in Sound & Communications, LF Examiner, Jim Hill Media, and MiceChat. His blog, ThemedReality.com takes an unconventional look at the attractions industry. Follow on twitter @ThemesRenewed Joe lives in Sacramento, California with his fiancé, two dogs, and a ghost.
Share
Facebook
Twitter
Linkedin
Email
Print
WhatsApp
Pinterest
ReddIt
Tumblr
Previous articleNathan Sawaya’s "Art of the Brick" In Limited Six Week Run at OMSI
Next articleWild Eagle Now Soaring Above Dollywood