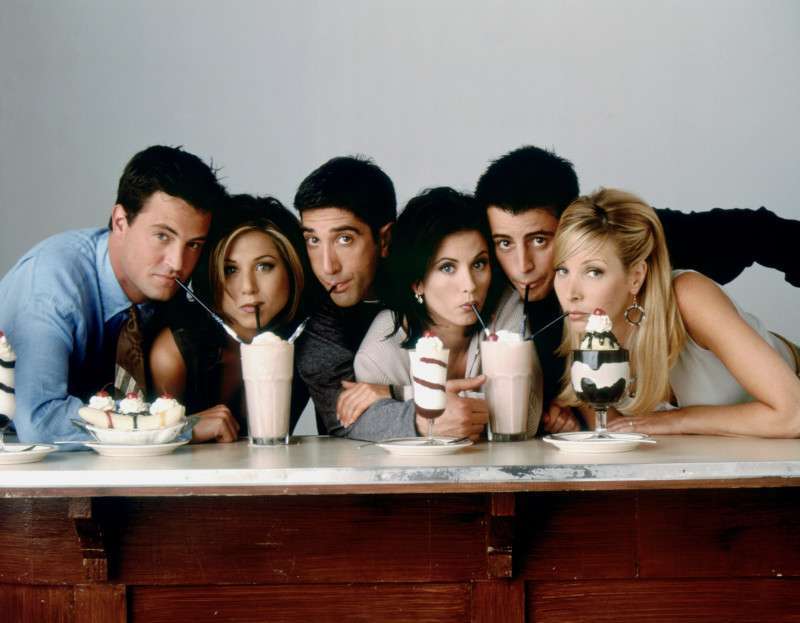 “The One with the Pop-Up” is here! It’s been 25 years since the first time we met Ross, Rachel, Joey, Monica, Chandler and Phoebe in the hit television series FRIENDS, so set your calendar back to 1994 and revisit some of the series’ most iconic moments with an immersive pop-up experience brought to you by Superfly, Warner Bros. Consumer Products and Warner Bros. Television Group. JRA is collaborating with Superfly’s internal creative and production team to provide planning, design and implementation of the attraction. Tickets will go on sale Friday, August 2, exclusively at www.friends25popup.com.

The nostalgia-packed space offers fans the opportunity to explore the show and capture photos with set re-creations, props, and costumes that have defined 25 years of everyone’s favorite FRIENDS. Stick a turkey on your head, peek through Rachel and Monica’s purple door, relax on Chandler and Joey’s recliner after playing some foosball, or help Ross with the infamous sofa pivot. Learn Monica’s top tidying tips with Method Home Products and surround yourself with Phoebe’s favorite things before heading to the re-created Central Perk for a pic on the legendary orange couch. Could this BE any more exciting?

“It’s been nearly 25 years since FRIENDS premiered, but the fascination and universal appeal of the hit TV series lives on with fans of all ages,” said Peter van Roden, Senior Vice President, Global Themed Entertainment, Warner Bros. Consumer Products. “As we celebrate the show’s milestone anniversary, we are excited to bring the FRIENDS experience to life for our fans in a way that pays homage to the remarkable cast of characters, iconic sets and instantly quotable moments.”

The month-long pop-up, which also includes a FRIENDS retail store, opens September 7 and runs through October 6. Located in the heart of Manhattan’s SoHo district, the ticketholder entrance will be at 76 Mercer St. (between Spring & Broome), and the retail store entrance will be at 503 Broadway. The pop-up experience will be open SEVEN days a week, from 10 a.m. to 10 p.m. Patrons can reserve a time slot to visit the pop-up with a ticket purchase priced at $29.50.

Joe Kleimanhttp://wwww.themedreality.com
Raised in San Diego on theme parks, zoos, and IMAX films, InPark's Senior Correspondent Joe Kleiman would expand his childhood loves into two decades as a projectionist and theater director within the giant screen industry. In addition to his work in commercial and museum operations, Joe has volunteered his time to animal husbandry at leading facilities in California and Texas and has played a leading management role for a number of performing arts companies. Joe previously served as News Editor and has remained a contributing author to InPark Magazine since 2011. HIs writing has also appeared in Sound & Communications, LF Examiner, Jim Hill Media, The Planetarian, Behind the Thrills, and MiceChat His blog, ThemedReality.com takes an unconventional look at the attractions industry. Follow on twitter @ThemesRenewed Joe lives in Sacramento, California with his wife, dog, and a ghost.
Share
Facebook
Twitter
Linkedin
Email
Print
WhatsApp
Pinterest
ReddIt
Tumblr
Previous article
PRG and 3D Live join forces for live events
Next article
Five Roman gods converge on Busch Gardens Williamsburg’s 2020 launch coaster