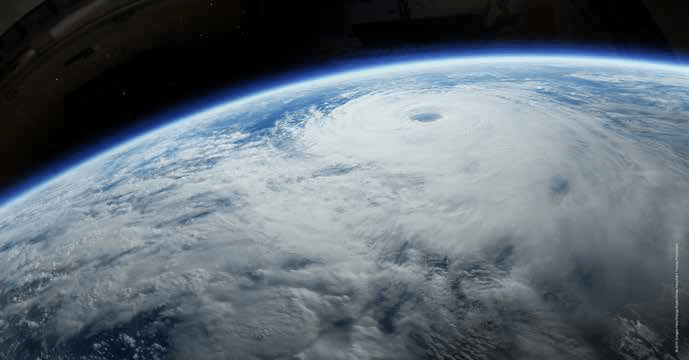 They are given innocent names like Katrina, Sandy, Harvey, Irma, and Maria. They are typhoons and hurricanes – forces of destruction, but also part of nature’s system of renewal. They’re the “stars” of the new live-action, giant-screen documentary, “Hurricane 3D” distributed by nWave Pictures.

Both nWave and its new release enjoyed a high-profile industry introduction on the evening of Oct 10, 2017, at the California Science Center (CSC) in conjunction with the official reopening of the CSC IMAX® theater and its new jewel, the state-of-the-art IMAX® with Laser projection system. The 420-seat theater was filled to capacity; in the audience were museum sponsors, donors, and trustees, and members of the giant screen film production and exhibition community. Greg Foster, CEO of IMAX Entertainment; David Keighley, IMAX chief quality officer; Jeff Rudolf, CSC president and CEO; Joe DeAmicis, VP Marketing at CSC IMAX; and Janine S. Baker, SVP nWave Pictures Distribution and Development, were among the introductory speakers.

Produced by Ouragan Films and distributed by nWave Pictures Distribution, “Hurricane 3D” follows the life of an Atlantic hurricane from the coast of Africa to the shores of Louisiana. It was shot in 12 countries and, with the cooperation of NASA, on the International Space Station. According to DeAmicis, “The film [Hurricane 3D] takes full advantage of our theater’s 12.1 channel surround system. One man came up to me after the show and said he had lived through an actual hurricane and this was the closest he’s ever experienced to it.”

“Hurricane 3D” premiered at the Oct 10 CSC event and opened to the public the next day. To help hurricane victims, nWave partnered with CSC through the end of October 2017 to donate a portion of “Hurricane 3D” box office returns to One America Appeal. 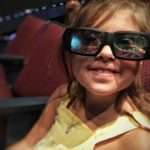 Another special screening of “Hurricane 3D” at CSC, this time targeting the family audience, took place Oct 15 in an event co-sponsored by LA Parent. It drew a strong turnout that included family-oriented members of the press, including mom bloggers. Baker reported that even the youngest members of the audience – as young as three and four years old – sat captivated throughout the entire, 40-minute film.

According to Baker, nWave chose to add “Hurricane 3D” to its library for its unique, almost poetic quality, unlike anything else they had seen in the market. In one scene, the camera slowly pans through the wreckage of a home, curtains blowing in the breeze. Another scene shows a tree blown into the water, with fish eating the leaves for nutrients. Rather than tell the story through the eyes of a single person, it presents the hurricane as the central character. First responders, hurricane trackers, plants, and animals, and human survivors are all supporting characters who share their stories.

Hurricanes are, of course, very much in the public consciousness today due to a series of recent, powerful storms. Jacqueline Farmer, one of the “Hurricane 3D” producer/directors, says, “The film was finished before the 2017 hurricane and typhoon season began. However, during the course of making the film we witnessed many storms, destructive in their own way – Sandy in New Jersey, Isaac in Louisiana; Irene, the terrible super typhoon Haiyan in the Philippines that killed thousands of people. In the time of global warming, with sea levels rising, hurricanes and typhoons are causing terrible problems for coastal populations with storm surge and flooding.”

New titles for ASTC and IAAPA, and market leadership

As of this writing, nWave was preparing to introduce “Hurricane 3D” and several more new titles to education and entertainment markets at fall industry gatherings including the Association of Science-Technology Centers (ASTC) annual conference in San Jose in October, and the IAAPA Attractions Expo in Orlando in November.

With its films being distributed to zoos, museums, and theme parks, nWave’s key markets all serve the family audience, where the primary decision-makers are moms. Perhaps it is no coincidence, in terms of the company’s success in those markets, that many women are visible within the company, including Baker in Los Angeles, Goedele Gillis in Brussels (Sales Director for EMEA), and Jennifer Hackett in Florida (Director of Sales and Distribution, Americas) – in addition to company CEO and co-owner Caroline Van Iseghem.

In addition to the output from its own studio, nWave grows its library through partnerships with external producers. Among them are the filmmakers behind “Hurricane 3D,” who are currently working on “Snow” (working title), which will examine the relationships it has with people and with the planet.

Each nWave giant screen production is accompanied by a student activity guide and educator’s guide, devised in conjunction with educators and museum staff from around the world. The guides can be used for classroom or homeschool instruction to supplement the lessons taught by the film.

nWave is a leader in making the most of digital assets, and its giant screen titles are released in shortened versions for attractions. The company also creates unique 4D films exclusively for attraction theaters, such as the new “Return to Lost World 4D,” being showcased at IAAPA Orlando, and a sequel to the popular “Lost World 3D” (2013). Produced for nWave by Red Star Studios, it continues the saga of Bob, an executive stranded in a boat at sea due to a helicopter accident. Bob’s worst fears come true when he finds a dinosaur stowaway on board, and his only hope of rescue is to return to the dinosaur-filled Lost World with his prehistoric passenger.

nWave will also feature “Son of Bigfoot 4D” at IAAPA Orlando. This new attraction film follows Adam, a solitary teenager, as he sets out to trace back his long-lost father. Deep into the woods, Adam is faced with an unbelievable revelation: his father is Bigfoot. As the pair start making up for lost time, they’re faced with the menace of two greedy hunters. ‘“Son of Bigfoot 4D” takes a unique
approach for attraction films as it directly addresses issues of self-esteem and bullying, in a way that children and adults alike will enjoy and appreciate,” says Baker.

Industry leadership and the future

For nWave Pictures, not only do the distinguished premieres and events of 2017 roll out significant new additions to their library of giant screen and attraction films, they mark a new high point for a maverick company that has always been on the pioneering edge in terms of presentation, story and technology and the way it works with its clients.

nWave has always led by example, though its leadership has sometimes ruffled feathers in the course of some 23 years in business. nWave has always pushed the boundaries, creating films that are new, unique, and provocative – and with mass appeal. The company is dedicated to producing in 3D and upholding high production standards. Says Baker: “We keep up with technology and ahead of it; we listen, we visit, we understand that each site and each client is unique. Clients stay with us because we have the highest quality product for the family entertainment markets. And our 3D is pristine, the best in the market.”

You’ll have an opportunity to travel across continents with the Hurricane, meet the Son of Bigfoot, fight dinosaurs as you Return to the Lost World, and electrify your life with Planet Power by visiting the nWave booth (#1066) at the IAAPA Attractions Expo in Orlando. To arrange a meeting, contact: [email protected] •

The Need for Women Filmmakers

Jacqueline Farmer, producer and director of “Hurricane 3D” shares her thoughts on women in documentary filmmaking:

“Women have a different way of seeing things, a different point of view, and different centers of interest. It is crucial that this way of seeing the world is represented in cinema and in fact all media and art. In many countries of the world, women represent more than 50 percent of the population. Our voices need to be heard more.

“Young women need to be supported and encouraged in the industry, particularly in the roles where they are very underrepresented – cinematography, direction, sound and important executive posts.

“I think women with young children need to be particularly encouraged, as this is often a difficult time with many demands being made on women’s time.” 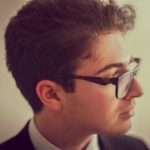 His deep interest for the science of communication led him to choose this field as a career path and in 2017, he graduated with honors from the Université Libre de Bruxelles, Belgium. His thesis on the impact of vintage aesthetics in TV commercials on multiple variables among consumers sparked interest among his peers. “He is a whiz kid with social media,” states SVP Janine S. Baker .

He currently resides in Brussels, Belgium, where he enjoys looking for hidden architectural gems of the Belle Époque period. Alexandre can be contacted at [email protected]

Joe Kleimanhttp://wwww.themedreality.com
Raised in San Diego on theme parks, zoos, and IMAX films, InPark's Senior Correspondent Joe Kleiman would expand his childhood loves into two decades as a projectionist and theater director within the giant screen industry. In addition to his work in commercial and museum operations, Joe has volunteered his time to animal husbandry at leading facilities in California and Texas and has played a leading management role for a number of performing arts companies. Joe previously served as News Editor and has remained a contributing author to InPark Magazine since 2011. HIs writing has also appeared in Sound & Communications, LF Examiner, Jim Hill Media, The Planetarian, Behind the Thrills, and MiceChat His blog, ThemedReality.com takes an unconventional look at the attractions industry. Follow on twitter @ThemesRenewed Joe lives in Sacramento, California with his wife, dog, and a ghost.
Share
Facebook
Twitter
Linkedin
Email
Print
WhatsApp
Pinterest
ReddIt
Tumblr
Previous articleSpecialty projection screens: Strong/MDI and Eclipse Screens
Next articleFlying with Stantec