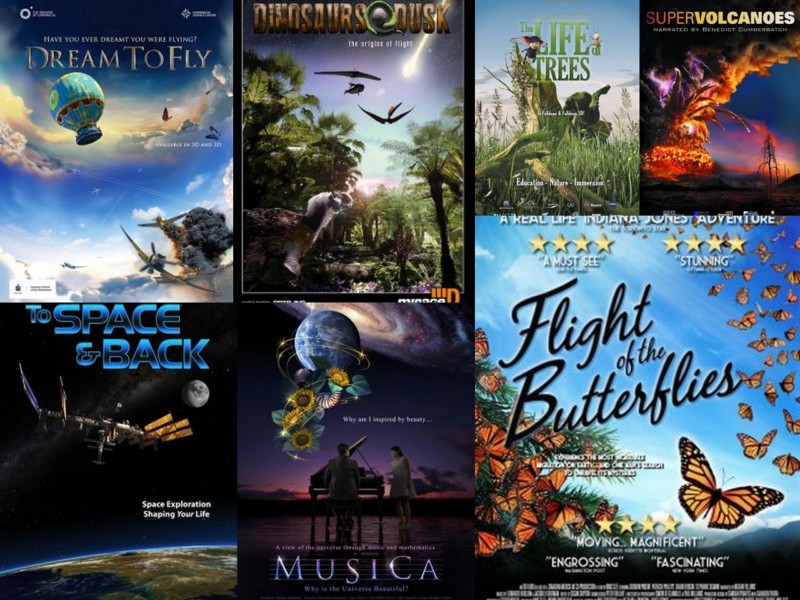 Are digital planetariums the new frontier of immersive media experiences? The organizers and participants of IMERSA Summit 2014, looking at a full house for their March 6-9 gathering in Denver, would say “yes.” With more than 175 delegates registered, IMERSA, a trade group now in its 6th year, sees validation of its message of opportunity and convergence. The Summit theme: “Shaping the future of digital immersive spaces.”

Over the past 15 years, hundreds of planetariums around the world have replaced opto-mechanical starball projectors with sophisticated multi-projector, 360 digital dome (“fulldome”) systems – quietly growing an international network of high-end specialty theaters that keep pushing the technology envelope – some all the way to 8K stereo 3D at 60 frames per second.

IMERSA was founded on a vision of fulldome’s potential to drive the future of immersive experiences for education and entertainment. “Specialty cinema niches are the laboratories where new media-based experiences are developed and perfected – eventually to be adopted into the mainstream,” says IMERSA Summit chair Dan Neafus. “’Gravity 3D’ with its multiple Academy Awards is a prime example – it’s a masterful integration of storytelling tools, science visualization and imaging techniques that migrated to the mainstream from giant screen cinema and motion rides. And right now, fulldome cinema, which is still primarily in planetariums, is a smoking hot laboratory.”

The first 8K fulldome systems and fulldome 8K content are showing up. There are about half a dozen 8K fulldome installations so far around the world, including one with stereo 3D at the Macao Science Center. The brand new 8K fulldome system at Fiske Planetarium in Boulder will be the setting of the closing sessions for IMERSA Summit 2014.

Starball projectors aren’t disappearing across the board – some facilities opt to integrate them with fulldome to create a “hybrid” system; lasers and other forms of media are being introduced as well. For planetariums, it is a time of experimentation, creativity and cross-pollination.

IMERSA’s 4-person board includes 3 of the original founders: Dan Neafus, manager of the Gates Planetarium at the Denver Museum of Nature & Science, Ryan Wyatt, director of sci the California Academy of Sciences (San Francisco) and Ed Lantz of Vortex Immersion, plus Michael Daut, director of show production, Evans & Sutherland. Supporting IMERSA with communications and development is Judith Rubin.

What is fulldome?
Fulldome is digital video projected onto, and filling, a hemispherical dome screen. A fulldome system can range from a single fisheye projector for a small portable dome, to 20+ edge blended projectors for the largest domes (up to 80 feet in diameter). Fulldome systems can play back “pre-rendered” shows, and also generate real-time imagery and navigate digital databases. The first fulldome systems grew out of the digital planetarium industry and advances in computer graphics. Fulldome systems continue to improve with advances in digital cinema and there are now systems capable of showing movies at 8K resolution, 60 frames per second and in stereo 3D.

Judith Rubin
Judith Rubin ([email protected]) is a leading journalist, publicist, strategist, blogger, content marketing specialist and connector in the international attractions industry. She excels at writing about all aspects of design and technical design, production and project management. Areas of special interest include AV integration and show control, lighting design and acoustics, specialty cinema, digital video and world’s fairs. Judith has ties to numerous industry organizations. From 2005-2020 she ran communications, publications and social media for the Themed Entertainment Association (TEA). In 2013, she was honored with the TEA Service Award. She was development director of IMERSA, and co-chair of the 2014 IMERSA Summit. She was publicist for the Large Format Cinema Association in the 1990s, now part of the Giant Screen Cinema Association (GSCA) and has also contributed to the publications of PLASA, IAAPA and the International Planetarium Society. Already making her mark as a magazine and book editor, Judith joined World’s Fair magazine in 1987, which introduced her to the attractions industry. Launching as a freelancer in the mid 1990s she has contributed to dozens of publications and media outlets including Funworld, Lighting&Sound America, Sound & Communications, Urban Land, The Raconteur and The Planetarian. She joined InPark in 2010. Judith earned a Bachelor of Fine Arts from Pratt Institute. She has lived in New York City and the San Francisco Bay Area, and now makes her home in Saint Louis, where she is active in the local arts and theater community.
Share
Facebook
Twitter
Linkedin
Email
Print
WhatsApp
Pinterest
ReddIt
Tumblr
Previous articleMadame Tussauds San Francisco and San Francisco Dungeon Now Hiring
Next articleDisney Parks Fans Invited to “Rock Their Disney Side” for 24 Hours Memorial Day Weekend