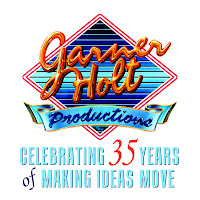 “We support the association with their goal to encourage young professionals in themed entertainment,” said Garner Holt, president and founder of Garner Holt Productions, Inc. “It’s very meaningful to be able to sponsor the association in this endeavor. As a young entrepreneur 35 years ago creating a company in the themed entertainment business, I appreciate the need for an association to offer support and encouragement to emerging professionals in this field.”

The TEA celebrates its 20 years as a creative family on March 17th at the Thea Awards Gala in the grand ballroom of the Disneyland Hotel. The event promises to be better than ever, bringing together the industry’s top professionals from around the world as they celebrate outstanding projects in the themed entertainment industry. This milestone anniversary affirms the Themed Entertainment Association’s ongoing voice in an evolving industry for the next 20 years.

About Garner Holt Productions
Garner Holt Productions, Inc. celebrates 35 years as an international design and manufacturing company that creates animatronics, special effects and themed attractions and exhibits for theme parks, museums, casinos, restaurants, exhibitions and retail stores. The San Bernardino, California Company is said to be the largest animatronics company in the world today, with an impressive client list which includes Disney, Universal Studios, Chuck E Cheese, NASA and Caesars Resort & Casino. Garner Holt has received numerous awards for their quality and innovation for projects around the world.

Related: A visit with Garner Holt

Judith Rubin
Judith Rubin ([email protected]) is a leading journalist, publicist, strategist, blogger, content marketing specialist and connector in the international attractions industry. She excels at writing about all aspects of design and technical design, production and project management. Areas of special interest include AV integration and show control, lighting design and acoustics, specialty cinema, digital video and world’s fairs. Judith has ties to numerous industry organizations. From 2005-2020 she ran communications, publications and social media for the Themed Entertainment Association (TEA). In 2013, she was honored with the TEA Service Award. She was development director of IMERSA, and co-chair of the 2014 IMERSA Summit. She was publicist for the Large Format Cinema Association in the 1990s, now part of the Giant Screen Cinema Association (GSCA) and has also contributed to the publications of PLASA, IAAPA and the International Planetarium Society. Already making her mark as a magazine and book editor, Judith joined World’s Fair magazine in 1987, which introduced her to the attractions industry. Launching as a freelancer in the mid 1990s she has contributed to dozens of publications and media outlets including Funworld, Lighting&Sound America, Sound & Communications, Urban Land, The Raconteur and The Planetarian. She joined InPark in 2010. Judith earned a Bachelor of Fine Arts from Pratt Institute. She has lived in New York City and the San Francisco Bay Area, and now makes her home in Saint Louis, where she is active in the local arts and theater community.
Share
Facebook
Twitter
Linkedin
Email
Print
WhatsApp
Pinterest
ReddIt
Tumblr
Previous articlePhoto Essay: Electrosonic’s Alan Wilkinson visits the Apollo/Saturn V Center at Kennedy Space Center
Next articleDead Sea Scrolls Will Be Unrolled at Franklin Institute in May