On a recent business trip to Florida, Alan Wilkinson, UK-based Design Development Manager at Electrosonic, took the opportunity to exercise his considerable photography skills and captured these beautiful images at the Apollo/Saturn V Center at NASA Kennedy Space Center, which first opened in 1996. 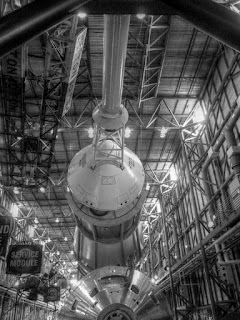 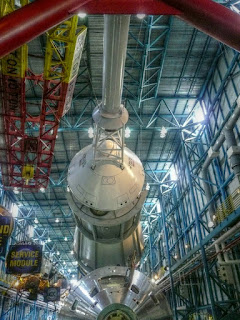 Alan recounts, “The last time I went to KSC was in 1994 whilst attending the IPS conference at the Brevard Community College’s Astronaut Memorial Planetarium. We were lucky enough to spend a day at KSC and sit in the sunshine with a packed lunch watching a shuttle launch.”

From the BRC Imagination Arts website, here’s a description of how the project came about: 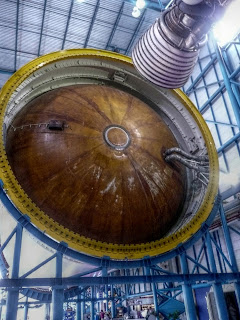 “No project better demonstrates BRC’s storytelling ability than the Apollo/Saturn V Center, a centerpiece of NASA’s Kennedy Space Center Visitor Complex. The climax of this story is an authentic Saturn V rocket—the world’s largest indoor artifact, and symbol of what many consider the most ambitious, inspiring and triumphant quests in the history of humankind—the Apollo 11 moon landing.

“The Saturn V rocket was rusting outdoors, deteriorating through neglect before BRC suggested making it the focus of this attraction by bringing it indoors and preserving it for generations to follow. To reveal the full value of NASA’s Apollo Space Program, BRC conceptualized, designed and produced a 100,000-square-foot center that features two dramatic “you-are-there” theatrical presentations. Guests relive the dramatic launch of Apollo 8—the first manned mission to orbit the Moon—and the triumphant touchdown of Apollo 11 followed by Neil Armstrong’s first steps on the lunar surface. 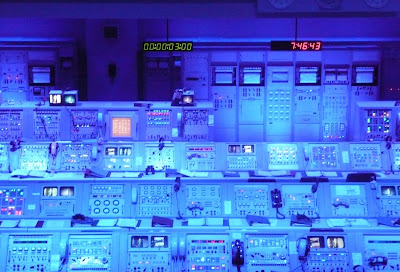 “This remarkable project was built without any US taxpayer funds, returned an operating profit in all of its first ten years of operation, and paid back its capital costs years ahead of schedule.” 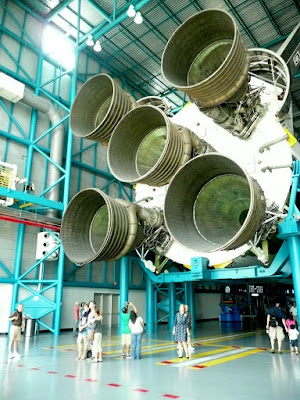 Judith Rubin
Judith Rubin ([email protected]) is a leading journalist, publicist, strategist, blogger, content marketing specialist and connector in the international attractions industry. She excels at writing about all aspects of design and technical design, production and project management. Areas of special interest include AV integration and show control, lighting design and acoustics, specialty cinema, digital video and world’s fairs. Judith has ties to numerous industry organizations. From 2005-2020 she ran communications, publications and social media for the Themed Entertainment Association (TEA). In 2013, she was honored with the TEA Service Award. She was development director of IMERSA, and co-chair of the 2014 IMERSA Summit. She was publicist for the Large Format Cinema Association in the 1990s, now part of the Giant Screen Cinema Association (GSCA) and has also contributed to the publications of PLASA, IAAPA and the International Planetarium Society. Already making her mark as a magazine and book editor, Judith joined World’s Fair magazine in 1987, which introduced her to the attractions industry. Launching as a freelancer in the mid 1990s she has contributed to dozens of publications and media outlets including Funworld, Lighting&Sound America, Sound & Communications, Urban Land, The Raconteur and The Planetarian. She joined InPark in 2010. Judith earned a Bachelor of Fine Arts from Pratt Institute. She has lived in New York City and the San Francisco Bay Area, and now makes her home in Saint Louis, where she is active in the local arts and theater community.
Share
Facebook
Twitter
Linkedin
Email
Print
WhatsApp
Pinterest
ReddIt
Tumblr
Previous articleHettema Group Partners with Philippe Cousteau Jr. to Design USA Expo 2012 Pavilion
Next articleGarner Holt Productions, Inc. supports the Themed Entertainment Association for TEA’s milestone 20th anniversary