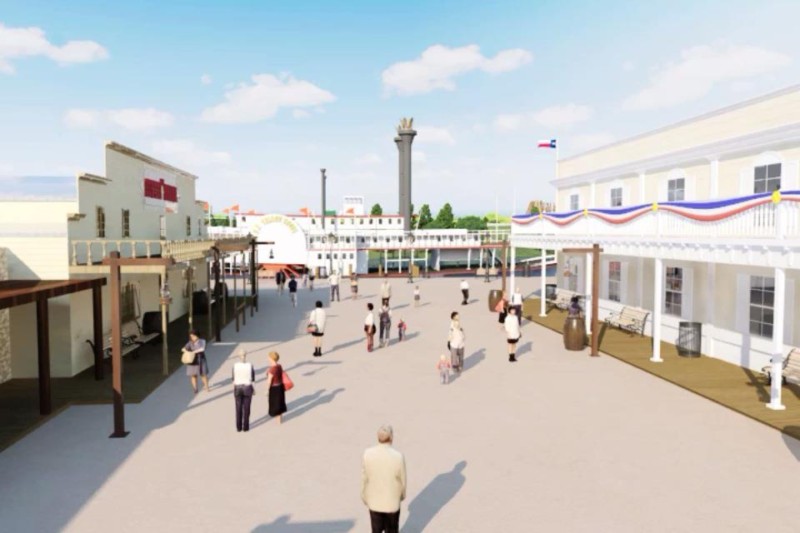 New Caney, TX, USA (July 8, 2013) — A tract of land measuring approximately 600 acres has been acquired by developer, Monty Galland, and a team of private investors in New Caney, Texas, just North of Houston, Texas, as the future site of the all new Grand Texas Theme Park and Big Rivers Waterpark.

Construction on the mixed-use, year-round family attraction, themed to honor the history of Texas and the Wild West, is slated to begin before year’s end.  Plans for Grand Texas, which will be the Houston market’s first major theme park and entertainment venue since 2005, include a theme park, waterpark, adventure park, equestrian center and an accumulation of dining, retail and entertainment establishments.  For camping enthusiasts, the park will also offer an upscale RV resort.  Future plans for the site include a number of hotels, as well as additional retail opportunities. Developer, Monty Galland, responds to the closing of the land deal by stating, “We are extremely pleased to have reached such a major milestone in the birth of Grand Texas and couldn’t be more excited for the opportunity to bring such a unique attraction to families and visitors of the Houston area.”

Galland and investors have chosen Innovative Leisure Partners of Houston, TX as the Project Managers for the development of the new facility.  Chuck Hendrix, CEO of ILP, will be directly involved in the planning, development and operational strategy of Grand Texas.  Hendrix began his career in the industry with the Six Flags Corporation and served as the former General Manager of Six Flags AstroWorld, WaterWorld and SplashTown in Houston, TX.  Hendrix was then promoted as the corporate Vice President of Park Strategy and Management for Six Flags Parks, Inc.  Following his time with Six Flags, Hendrix founded Innovative Leisure Partners and has been involved in projects within the industry on a global scale.  These accomplishments have now enabled him to partner with developers in the Houston area to address what he refers to as “an exponential demand for a unique and valuable family entertainment experience within our country’s 4th largest market.”

Joe Kleimanhttp://wwww.themedreality.com
Raised in San Diego on theme parks, zoos, and IMAX films, InPark's Senior Correspondent Joe Kleiman would expand his childhood loves into two decades as a projectionist and theater director within the giant screen industry. In addition to his work in commercial and museum operations, Joe has volunteered his time to animal husbandry at leading facilities in California and Texas and has played a leading management role for a number of performing arts companies. Joe previously served as News Editor and has remained a contributing author to InPark Magazine since 2011. HIs writing has also appeared in Sound & Communications, LF Examiner, Jim Hill Media, The Planetarian, Behind the Thrills, and MiceChat His blog, ThemedReality.com takes an unconventional look at the attractions industry. Follow on twitter @ThemesRenewed Joe lives in Sacramento, California with his wife, dog, and a ghost.
Share
Facebook
Twitter
Linkedin
Email
Print
WhatsApp
Pinterest
ReddIt
Tumblr
Previous article
LEGOLAND Florida Opens a New Universe of Activities at the World of Chima
Next article
Legendary Partnership at Universal to Include Theme Park Attractions