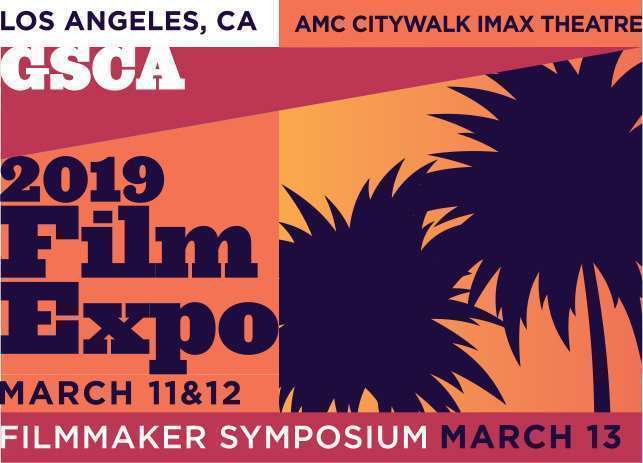 The GSCA 2019 Film Expo will take place in Los Angeles on March 11-12, with the Filmmaker Symposium immediately following on March 13. The AMC CityWalk IMAX Theatre and Universal City Hilton will host. The GSCA Film Expo will feature screenings of new films, films in production, and projects in development, while the Filmmaker Symposium will provide in-depth insight into the unique nature of the giant screen filmmaking industry, from development and pre-production all the way through distribution and marketing.

In addition to films and projects in development, the following new films will be screened in their entirety:

Timed to coincide with the 50th anniversary of the first lunar landing, Apollo 11: First Stepsgives a thrilling cinematic experience that showcases the real-life moments of the famed Apollo 11 mission. With never-before-seen 70mm footage and a newly discovered trove of audio recordings, the filmmakers reconstruct the Apollo 11 mission in astonishing detail. Audiences will experience the exhilarating final moments of preparation, the countdown, liftoff, landing, and return of this historic mission that united the world—one of mankind’s greatest achievements. An immersive giant screen experience that takes you straight to the heart of this intense scientific and human endeavor, Apollo 11: First Steps leaves us marveling at human ingenuity and the impulse that led humanity to space. Produced by Statement Pictures and CNN Films and distributed by MacGillivray Freeman Films.

Few places on earth remain as wild and pristine as the Top End of Australia. It is a land that time forgot. A place with some of the richest wetlands and oldest rainforests where ancient people lived in harmony with this wild land and her beasts. The largest dinosaurs called this land home and left their footprints in these ancient rocks, and one of their deadly relatives still lives there today. Come on this epic scientific adventure with Tommy, our native Aboriginal guide, as we venture through some of the world’s most beautiful landscapes and travel deep into saltwater crocodile country.

Cuba tells the powerful story of a land preserved in time yet poised on the cusp of dramatic change. The nation’s vibrant culture, meticulously maintained colonial architecture, and pristine ecosystems provide a vivid window into the island’s history and spirit. Cuba will transport audiences across breathtaking landscapes, under the ocean surface to iridescent reefs, and into streets throbbing with music and dance in the heart of Havana. Through the eyes of Cuban artists, historians, and scientists, the film provides an intimate look this vivacious island nation. Filmed exclusively for the giant screen format, Cuba reveals why Cuba continues to stir the imagination of the world. Cuba is produced by Golden Gate 3D, in association with BBC Earth, Giant Screen Films, and the Giant Dome Theater Consortium.

No structure built by living creatures compares to the size and majesty of the Great Barrier Reef—spanning more than 1,400 miles off the coast of Australia and home to countless unique species of aquatic life. Narrated by acclaimed Australian actor Eric Bana, Great Barrier Reef explores the awe of this natural environment and introduces the visionaries and “citizen scientists” who help us better understand and protect the reef. Grab your mask and snorkel and join an unforgettable adventure with majestic manta rays and sea turtles, witness the birth of baby seahorses, participate in a coral watch expedition, and discover the exotic splendor of fluorescent corals at night as Great Barrier Reef captures the natural beauty and exquisite strangeness of this awesome, and vibrant living world. A December Media film produced in association with Slattery Family Trust, Biopixel, Soundfirm, Film Victoria, and Screen Queensland and distributed by MacGillivray Freeman Films.

Great Bear Rainforest is the story of one of the rarest animals on Earth—the fabled all-white Spirit Bear—and its ancient forest home. Hidden from the outside world, the Great Bear Rainforest is one of the planet’s most exquisite and secluded wildernesses. Found on Canada’s rugged Pacific coast, it is the largest temperate coastal rainforest in the world and is home to indigenous First Nations peoples, who have provided stewardship of the forest for millennia. Embark on a remarkable journey into a land of grizzlies, coastal wolves, sea otters, and humpback whales—and discover the secret world of the Spirit Bear. Narrated by Ryan Reynolds. Great Bear Rainforest is a Spirit Bear Entertainment film presented by Seaspan in association with Destination British Columbia and distributed by MacGillivray Freeman Films.

Hidden Pacific is a pioneering film that profiles some of the Pacific Ocean’s most beautiful islands and marine national monuments—breathtaking places that will leave audiences with a deep-felt appreciation for the beauty of nature untouched by civilization. The storied histories of Palmyra, Midway and other atolls—from the WWII Pacific Theater to their present environmental recovery and ecological research initiatives—provide the platform from which the film explores a diversity of science and human stories. Hidden Pacific is produced by Tandem Stills + Motion, in cooperation with the U.S. Fish & Wildlife Service and affiliated organizations, which provided the filmmakers with unprecedented access to the bio-secure zones of the marine monuments. Launching globally in museum, zoo, aquarium, giant screen, and IMAX® cinemas on Earth Day weekend 2019.

A lone climber, suspended hundreds of feet in the air, struggles to find the next finger hold, defining progress in inches. The dramatic visuals immerse us in a gripping contest of human determination versus the reality of gravity’s potent grip. Mountain Quest explores the precarious relationship of humanity’s quest to scale some of the world’s highest places, while also revealing the scientific and technological advances that have enabled us to conquer these peaks, exposing the heartbeat of the human soul.

Planet Power explores the history of electricity—from the first spark created by man’s hand to today’s industrial power plants. We meet scientists who changed the world, like Faraday, Franklin, and Tesla, and we glimpse the future, as Solar Impulse becomes the first plane to complete a round-the-world flight powered only by the sun. With a mix of chalk animation, CGI, archival footage, and spectacular aerials, the film also explores the challenges ahead: how to meet the growing energy needs of our industrialized world, while also protecting the health of our planet.

Join an immersive IMAX adventure to experience the life-saving superpowers and extraordinary bravery of some of the world’s most amazing dogs. In this inspiring true story narrated by Chris Evans, our best friends are also real-life superheroes. Journey around the globe to meet remarkable dogs who save lives and discover the powerful bond they share with their human partners. Follow ‘Halo,’ a rookie puppy training to join one of the most elite disaster response teams in America. Meet ‘Henry,’ an avalanche rescue expert in the Canadian Rockies, ‘Reef,’ a Newfoundland lifeguard with the Italian coastguard, ‘Ricochet,’ a Californian surf legend helping people with special needs, and the Bloodhound brothers, ‘Tipper and Tony,’ who are leading the fight to save endangered species in Africa. As we discover the incredible abilities of dogs and the astonishing science behind their superpowers, we’ll never look at our best friends the same way again!

Touch the Stars dramatically showcases the robotic spacecraft used in exploration of our solar system and the galaxy beyond. The film traces the path to space through the history of NASA’s probes, orbiters, and landers—from the heart of our solar system and the surface of its planets and moons to the grand tour of the Voyager spacecraft through the outer planets and beyond. Created with the cooperation of NASA and Lockheed Martin, and using the latest high definition imagery and scientific data, Touch the Stars engages audiences through the use of real footage and 3-dimensional vistas, transporting us to planets and distant stars alongside these heroic robot explorers for an unforgettable voyage. Touch the Stars is the second of a trilogy of films from Afterglow Studios. Space Next 3D released in December 2015 and was the GSCA Best Visual Effects Winner in 2016. Lockheed Martin is a partner of Touch the Stars and the third film. Fulldome will release in March and 180-Fulldome will release summer 2019 in both run times.

Sea turtles are some of Earth’s most ancient and majestic creatures. For over 100 million years, they have traversed the seas, surviving multiple mass extinctions and playing critical roles in maintaining healthy marine food webs. Not only do these friendly animals captivate us as they peacefully glide through the ocean, but their personal journeys of survival are equally fascinating. These remarkable reptiles will traverse thousands of kilometres of open ocean for as long as 50 years and then, from half a world away, migrate with mysterious precision back to the very beach where they were born—to lay eggs that will become the foundation of the next generation. With the turtles guiding them, Turtle Odyssey’s crew voyaged the same thousands of kilometres to capture the wonders of their habitats. Come on an adventure, encountering many strange and compelling creatures, from enormous breaching whales to the coral wonderland of the Great Barrier Reef—all filmed in stunning 3D. Playful sea lions, tiny sea horses, and vibrant clown fish will float right out into the theatre! Sea turtles remind us just how interconnected we all are in this amazing world and audiences will be moved to cherish them even more.

Volcanoes—The Fires of Creation is a tale of science, culture, and thrilling adventure. For billions of years, from the continents to the air we breathe and even life itself, volcanoes have helped forge the world we know creating extraordinary ecosystems and wildlife habitats. With over 500 active volcanoes, the Earth is bursting at the seams with these forces of mass construction. The story of volcanoes is the story of the planet’s creation and the story of us. With intrepid explorer Carsten Peter, descend to a lava lake in Vanuatu and visit incredible acid ponds, geysers and mineral deposit fields in Ethiopia. Visit the archaeological ghost town of Pompeii, hydrothermal vents at the bottom of the ocean and witness the devastating effects of the 2018 Kilauea eruption in Hawaii. Audiences will be on the edge of their seats as they discover molten worlds in this adrenaline-filled, immersive experience.

Joe Kleimanhttp://wwww.themedreality.com
Raised in San Diego on theme parks, zoos, and IMAX films, InPark's Senior Correspondent Joe Kleiman would expand his childhood loves into two decades as a projectionist and theater director within the giant screen industry. In addition to his work in commercial and museum operations, Joe has volunteered his time to animal husbandry at leading facilities in California and Texas and has played a leading management role for a number of performing arts companies. Joe previously served as News Editor and has remained a contributing author to InPark Magazine since 2011. HIs writing has also appeared in Sound & Communications, LF Examiner, Jim Hill Media, The Planetarian, Behind the Thrills, and MiceChat His blog, ThemedReality.com takes an unconventional look at the attractions industry. Follow on twitter @ThemesRenewed Joe lives in Sacramento, California with his wife, dog, and a ghost.
Share
Facebook
Twitter
Linkedin
Email
Print
WhatsApp
Pinterest
ReddIt
Tumblr
Previous articleParis Las Vegas adds $1.7 million light show to resort’s Eiffel Tower
Next articleWEEKEND VIEWING: Pavilions of Expo 2020 Dubai part 1