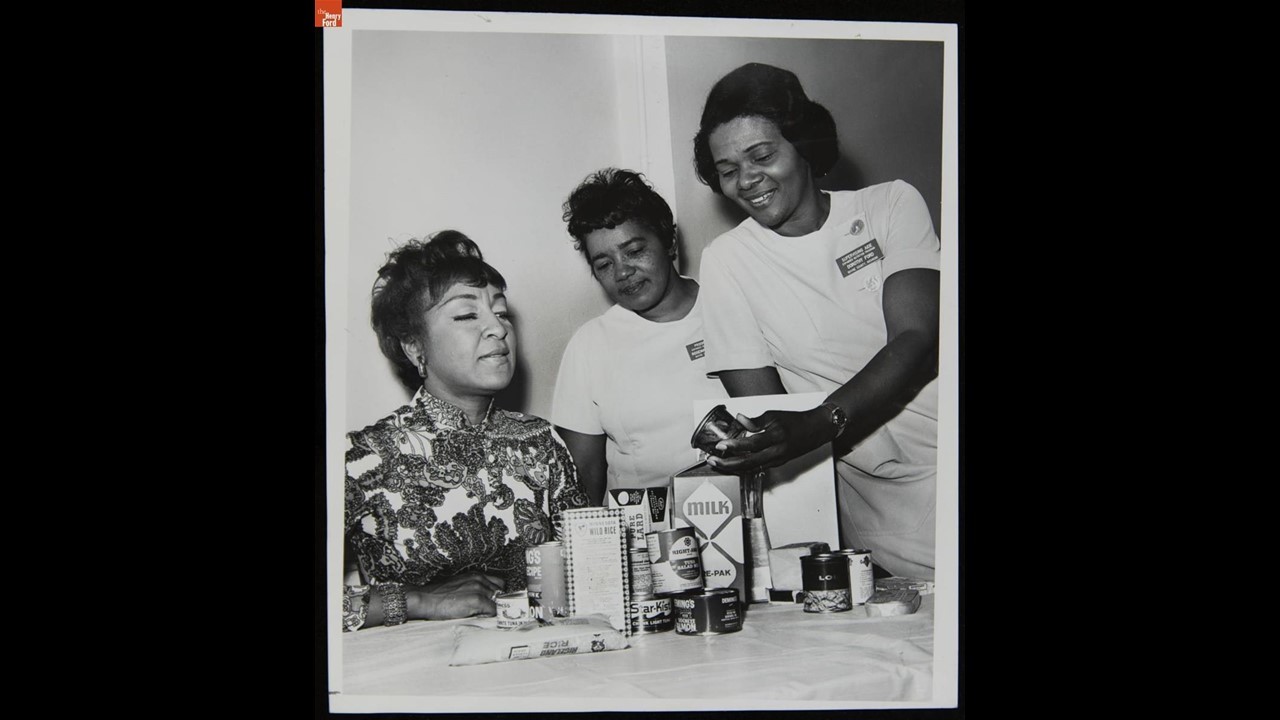 A food soldier is a person who fights for something many of us take for granted: widespread, consistent access to good nutrition. George Washington Carver can be described in this way and is familiar The Henry Ford for his work with the peanut—and his friendship with the museum’s founder. Carver’s impact went deeper, including dozens of agricultural pamphlets designed to convey scientific farming methods to rural Black Americans. Food Soldiers: Nutrition and Race Activism, a new pop-up exhibit in Henry Ford Museum of American Innovation, looks at these pamphlets as a starting point for a topic with a consequential history in the 20th and 21st centuries. From the Henry Ford’s partners at Focus:HOPE to its Entrepreneur in Residence, Melvin Parson, this exhibit celebrates those who have made it their life’s work to ensure that everyone has the ability to meet this most basic of necessities.

Food Soldiers connects with Black History Month (February) as well as Women’s History Month and Nutrition Month (March). The exhibit is an on-site component to a larger initiative that includes digital and virtual elements. Debra Reid, Curator of Agriculture and the Environment, will build upon the themes in her blog post Healthy Food to Build Healthy Communities with one on Food Soldiers in coming weeks.

Food Soldiers is located near the 1930s kitchen in the museum and will be on view through March 31.