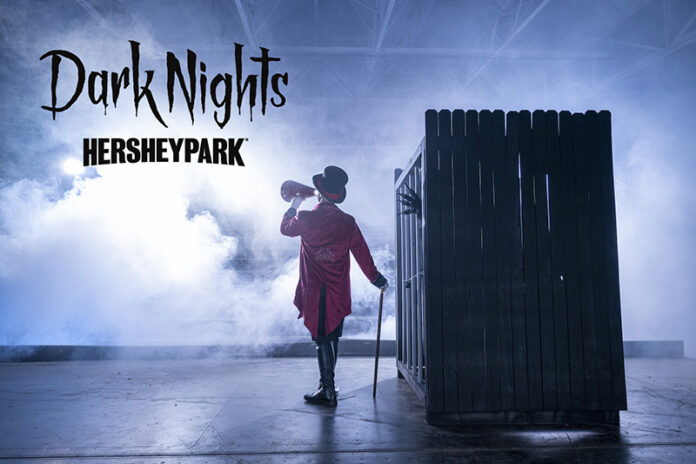 Thanks to a four-acre addition, Dark Nights at Hersheypark, opening September 17, 2022 will include three new scare zones and four haunted houses as part of the integrated thrill experience at Hersheypark.

To bring the event to life, Hersheypark has partnered with industry companies, including the following:

TAA Group
TAA together with Hersheypark is bringing the Midway of Misery to life with four larger-than-life and hauntingly detailed set pieces that will transform the Midway into a thrilling adventure.

Brainstorm Design Group
Brainstorm worked alongside the team at Hersheypark to create unique logo designs and imagery for Dark Nights.

An overview of Hersheypark Dark Nights can be found HERE.