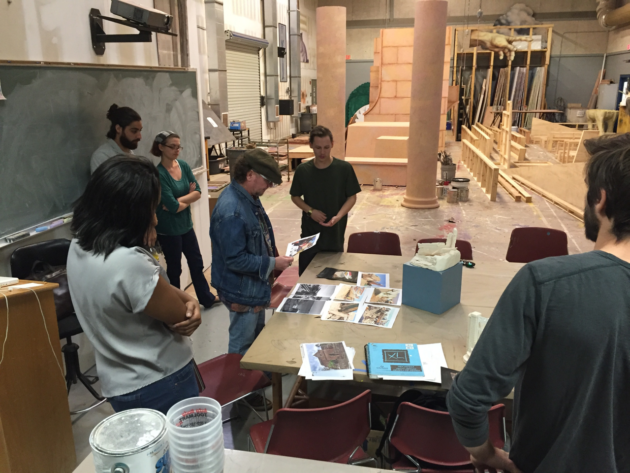 “These educational programs are microcosms of the reality of the themed entertainment industry. As the industry continues to grow and evolve, as a huge new sector takes shape in Asia and guest expectations change with time and technology, there is also a generational changing of the guard.”

The themed entertainment industry was formed by thousands of professionals from a variety of creative and technical fields who found ways to marry art, design, theater, technology and storytelling into compelling guest experiences and unique places.

They were pioneers – and they did not have a guide map…

Today, those leaders of industry have become the teachers. They have organized their thoughts and experiences, and are now dispersing that information as mentors to a new generation in a growing number of college and university classrooms.

The process of how these programs become educational curriculum is daunting. They begin as amalgams of existing coursework, pieced together by interested faculty members who see or sense an industry that has come into its own, and its career opportunities for students.

“Oftentimes,” says Marinelli, “the biggest obstacles are various university committees that must approve curricular revision, because they either don’t understand what themed entertainment entails, don’t see it as appropriate university level study, or have an inherent disdain for higher education being seen as [vocational technology].”

Of course, this reflects the challenge of creating change within the academic institutional structure. But, “Happily, an increasing number of institutions realize and recognize that themed entertainment is – and has always been – the embodiment of STEAM education, a popular buzz-phrase in education today,” says Marinelli. STEAM stands for Science/Technology/Engineering/Art/Math, and is the fuel behind the explosion of “maker shops” popping up throughout the country, either as standalone community locales or as part of K-12 education.

Marinelli shared some of the challenges of teaching themed entertainment. For example, theater departments would seem a natural stepping stone, save for the fact that theatre production calls for a set and related production values that only need to suffice for the run of the show, whereas themed entertainment requires quality workmanship that must endure extreme wear-and-tear. Marinelli has been frustrated by students’ failure to embrace the need for ongoing maintenance of themed entertainment projects. “Things break, and technology breaks frequently,” he says. “In order to fix technology there must be excellent documentation of the inner workings of the venue. Since school operates on a semester basis, there is all too often the impression that anything built need only function properly for 15 weeks. That thinking is a tough nut to crack!”

Marinelli found it important to have students work on projects outside of the academic environment. Building something for a third party acquaints the student with actual clients and what the project development process is really like. “The demanding timelines of working with a client while adhering to semester schedules is an amazing educational opportunity,” he says. The process can even involve university attorneys and issues of liability and responsibility, but, then again, that too is a major part of themed entertainment production.

There was no degree in theme parks

“Well, it’s interesting because one of the things we used to say was, ‘there is no degree in theme parks,’ and now there is,” says MK Haley, Florida State University Faculty/Entrepreneur in Residence. “People have been designing themed experience for thousands of years without a specialized degree. People from theater, lighting, producers, writers… even military.” She pointed out that even the specs on designing a roller coaster are not that different from those of a jet, when you consider how tight the tolerances have to be, the types of materials used, and the duty cycles.

There are many themed entertainment-based programs available now that have never been available before; most of which have been captured in what MK refers to as the “Google doc of awesome,” her online compilation of resources and programs geared specifically to themed experience education. One such program is an online course inspired by Disney Imagineering, taught by Steve Alcorn of Alcorn McBride. The course has no official relationship with Disney, and offers no credential of any sort, but it conveys, at a high level, an understanding of various disciplines applied to theme park design, such as engineering, audio engineering and creative design. 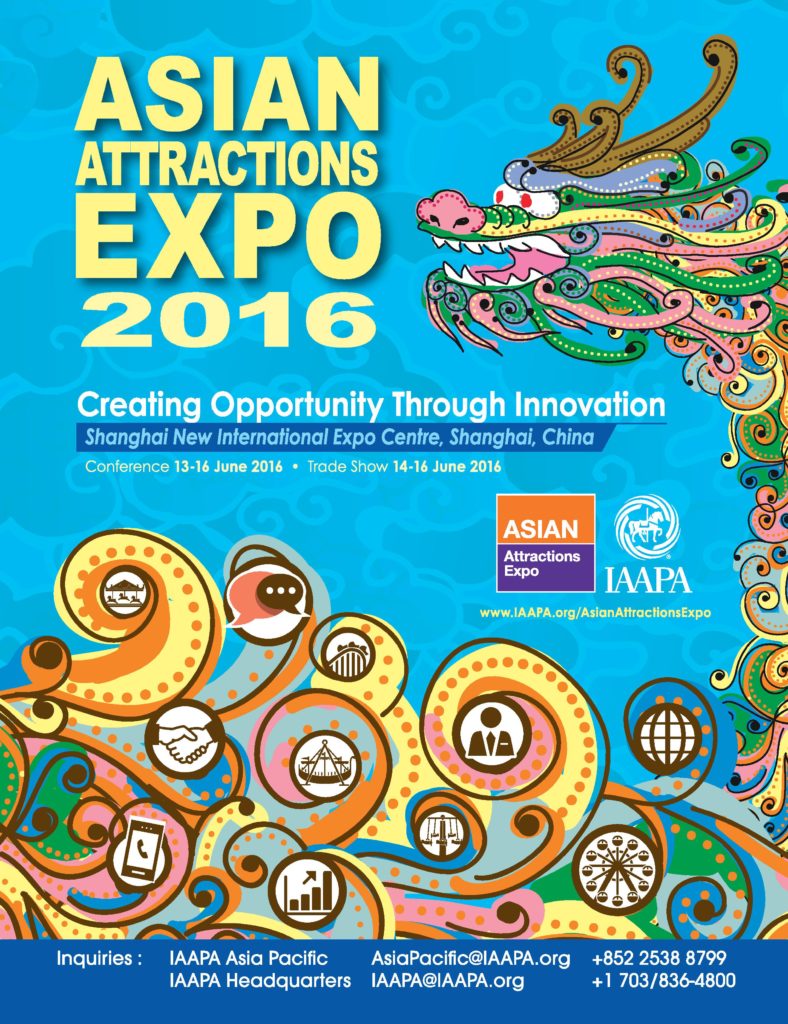 According to Haley, more and more universities are allowing flexible degree programs in support of students who choose a self-directed curriculum via an advisory committee that approves them to choose specific courses. “Some may have a mechanical engineering degree,” Haley says, “but decide to take courses in theater so that they’re a little better versed, particularly in their verbiage, when working in themed experiences.”

Savannah College of Art & Design (SCAD) in Savannah, GA supports this type of hybrid program. “SCAD just introduced a minor in Themed Entertainment Design, which offers other majors a chance to broaden their education,” says Gregory Beck, Dean, School of Entertainment Arts at SCAD. Beck is an “Experience Architect” with many themed entertainment projects to his credit – and who for years has taught an annual themed entertainment symposium at Harvard. “Most of our grad students don’t have design skills when they come to school here. A grad student may have a Bachelor’s in history, or sound design, or biological science, and a minor in themed entertainment design, and they are going to take different directions. We love those hybrid combinations.”

Entertainment design has reached a transition period; it is teaching a new generation, and what does that mean? Beck feels strongly that there was a legitimate need to formalize this type of education. “I believe we are in the third generation of theme park designers now,” says Beck. “The original generation was trained with Walt Disney. Imagineering has always had a very unique method of design,” says Beck. “It’s an education in itself just to work there, but where else would you learn that? Now it’s up to the rest of us to take a step forward and educate the next generation.”

It’s important to consider that theme parks are only part of the focus of this new excursion. What can storytellers apply to other venues, and other businesses?

Creating story through environments is something that Peter Weishar, Dean of the College of Fine Arts at Florida State University, is familiar with. As a former animation professor at New York University’s Tisch School of the Arts, he studied Disney’s techniques in both themed experiences and in film, so there was a natural connection for him to develop a program that dealt with design and experience of story within space.

“We focus on teaching themed experience, what the industry is, and what the needs are. They’re not learning from scratch,” says Weishar. “These students are already great sculptors and artists, but they’re learning the skills utilized in themed entertainment directly from leaders who are mentoring a new generation.”

One area where academia and the themed entertainment industry have found a mutually beneficial relationship is in student internships and co-op opportunities. Academic programs have done the themed entertainment industry a great service by finding those young people aspiring to work in the industry. It then becomes a process of finding the absolute best match instead of pondering where to look.

The pioneers are still pioneering

This is all still very new to the industry and to academia. The originators of themed entertainment curriculum are still the ones actively teaching and many if not most are still also actively working in the industry. They have been doing it long enough to move from one university to another, initiating new programming in the process and drawing in new players, often longtime colleagues.

Weishar says that the impetus of creating an academic program at SCAD initially began with a call to Walt Disney Imagineering, which hosted the class for five consecutive days, backstage with the designers and engineers. But it was worthy of a whole program. Inspired and encouraged by Don Marinelli and Randy Pausch’s work at ETC, Weishar urged SCAD to hire Mike Devine and George Head, (both well known Disney creatives) who became the core of SCAD’s own Themed Entertainment Design Master’s program.

Industry supporters include the Themed Entertainment Association (TEA) which connects with academia and students through its NextGen initiative and by holding its annual SATE conference on Experience Design at a university campus. 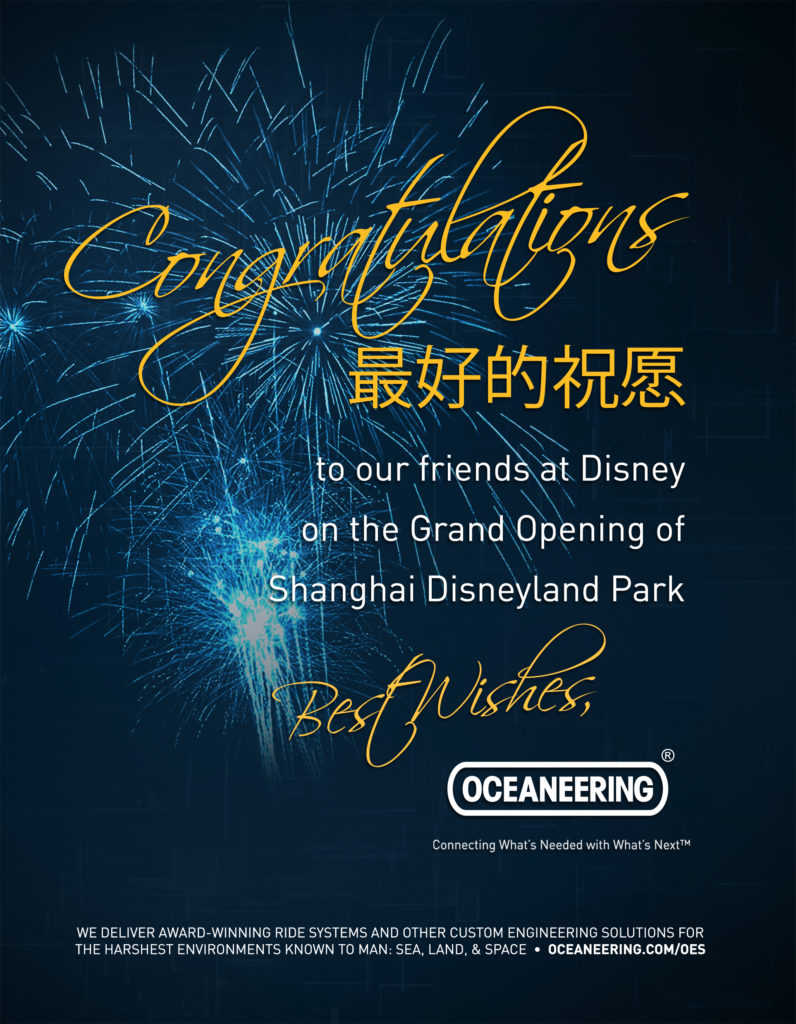 The mentorship and targeted training implemented in these programs is working, and leading to expansion of additional programs. In fact, Dean Weishar and an FSU committee including Aram Ebben of exp, Robert Ward (veteran of Universal Creative), and MK Haley (Disney), are currently developing new programming for the University. “I think there should be dozens of themed experience programs around the country,” says Weishar. “This is a huge field, and it cannot be served by just a few Master’s programs.”

ETC faculty member Shirley Saldamarco developed Carnegie Mellon University’s Guest Experience and Theme Park Design program in 2015. “The foundation of our program,” says Saldamarco, “is teaching students to work on cross-disciplinary teams. Architects, engineers, designers, artists and business majors all learn to collaborate – and equally important – to communicate.” She is currently designing a second program that will be offered beginning in the fall of 2016.

These educational programs are microcosms of the reality of the themed entertainment industry. As the industry continues to grow and evolve, as a huge new sector takes shape in Asia and guest expectations change with time and technology, there is also a generational changing of the guard. These initiatives have been spurred by the desire of industry leaders to share the wisdom and skillsets, as well as the work ethic and creative drive that add up to a unique industry whose trademark is excellence and a focus on the guest.

The second generation in themed entertainment is considering succession planning, and the third generation is preparing to carry on the torch. Since the inception of themed entertainment, those without former, focused degrees have been the ones to pioneer this industry. Hopefully, these valuable educational programs in themed experience design will continue to grow and improve; but even still, there will always be a place for real talent, regardless of what’s written on a diploma.

Matt Kent ([email protected]) is Head of Creative Services for Oceaneering Entertainment Systems, and sits on the International Board of the Themed Entertainment Association.