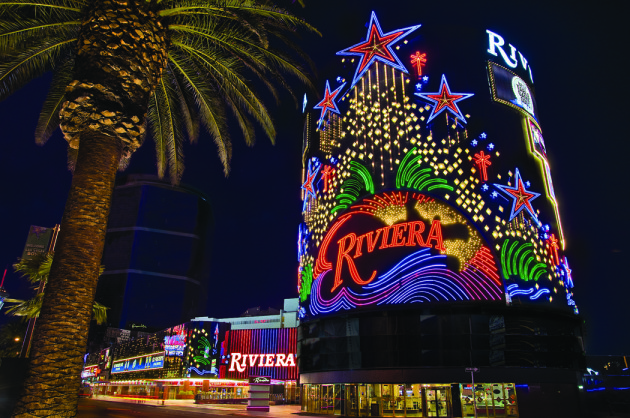 Las Vegas, NV, USA (March 12, 2015) — After close to 60 years of operation, the Riviera Hotel and Casino on the Las Vegas strip is slated to close its doors on May 4.  In February, the Las Vegas Convention and Visitors Authority (LVCVA) authorized the purchase of the property for $182.5 million as part of an expansion and revitalization of the city’s convention center.

The $2.3 billion project is the largest economic development initiative the LVCVA has undertaken since the Las Vegas Convention Center was originally built in the late 1950s. The expansion project is expected to lead to an additional 480,000 new attendees as current conventions grow and through attracting an estimated 20 new trade shows and conventions. The Riviera site is a key component of the LVCVA’s land acquisition strategy, providing an iconic entrance to the Global Business District on the world-famous Las Vegas Strip. Envisioned to be completed in two phases, the first phase focuses on the Riviera site and includes 750,000 square feet of new exhibit space and 187,500 square feet of supporting meeting space as part of the new 1.8-million-square-foot expansion. The new entrance will be located across from MGM Resorts International’s Circus-Circus and Genting’s new Resorts World Las Vegas and approximately two blocks north of Crown’s new Las Vegas resort.

Phase two focuses on renovating the existing convention center and includes a 100,000-square-foot general session space and another 100,000 square feet of meeting space. Including public areas and service areas, the expansion and renovation increase the facility from its current total footprint of 3.2 million square feet to nearly 5.7 million square feet. Once construction begins, the entire project is expected to take five to eight years to complete.