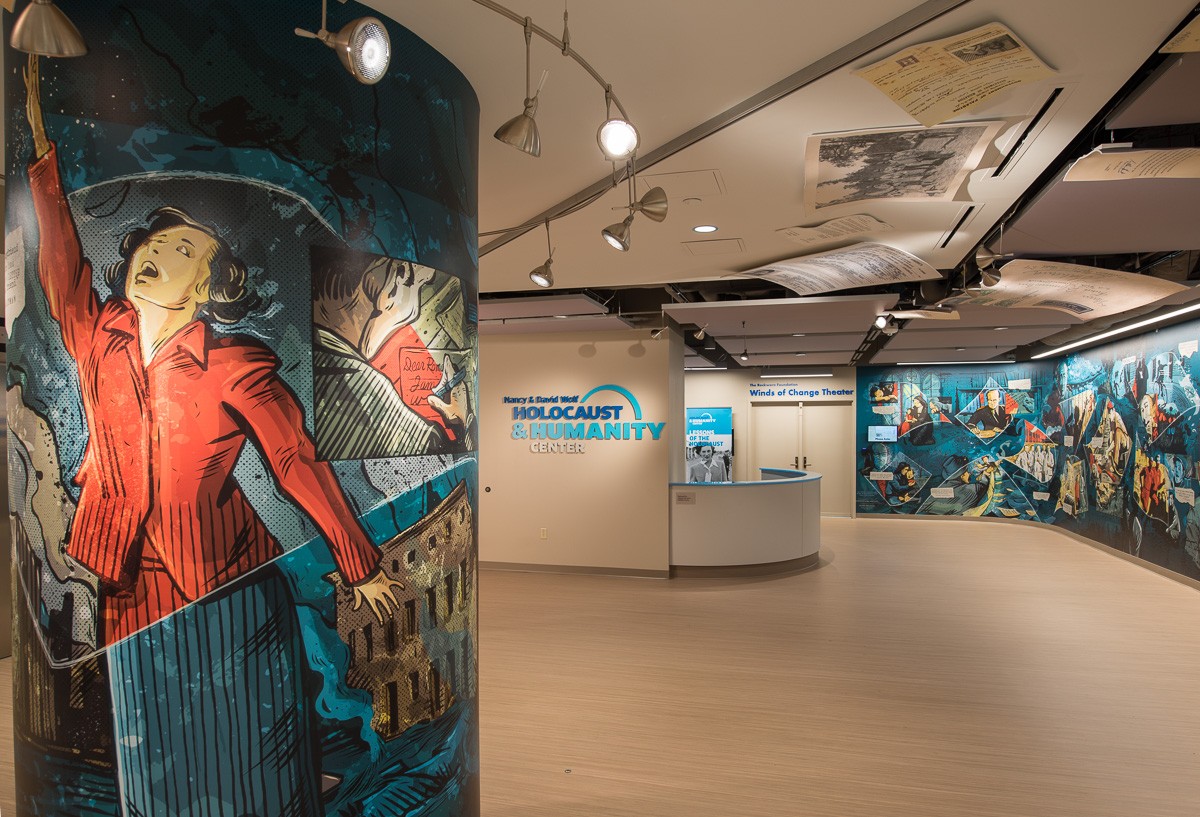 The Nancy & David Wolf Holocaust & Humanity Center is proud to announce the opening of a new exhibit at Union Terminal (Cincinnati) that utilizes artificial-intelligence technology to facilitate “virtual conversations” with Holocaust survivors.

Dimensions in Testimony is on exhibit in only seven other museums in the world. Opening to the public on February 5, the exhibit experience – sponsored by the Harold C. Schott Foundation – is included as part of general admission to the Holocaust & Humanity Center’s museum at Union Terminal.

“Sadly, we will soon reach a time where we can longer ask survivors about their firsthand accounts of the Holocaust,” said Sarah L. Weiss, chief executive officer of the Nancy & David Wolf Holocaust & Humanity Center. “The new exhibit ensures that future generations will still be able to have conversations with and learn from survivors.”

The museum will celebrate the opening with a digital ribbon-cutting ceremony on February 4, at 4 p.m., via Zoom. The program will include remarks from Sarah L. Weiss, chief executive officer of the Nancy & David Wolf Holocaust & Humanity Center, in addition to a conversation with Fritzie Fritzshall, a Holocaust survivor and president of the Illinois Holocaust Museum & Education Center, whose recorded testimony is included in the Dimensions in Testimony exhibit. There will also be a demonstration of the technology.

With a two-dimensional display of pre-recorded interviews of Holocaust survivors, the Dimensions in Testimony system transforms questions into search terms. The system then matches the search terms to the most appropriate interviewee response to your question and plays back the associated video clip, resulting in a conversational-like experience.

Dimensions in Testimony is an initiative by USC Shoah Foundation to record and display testimony in a way that will preserve the dialogue between Holocaust survivors and learners far into the future. Collaborating within the project are Illinois Holocaust Museum and Education Center, with technology by USC Institute for Creative Technologies, and concept by Conscience Display.

Ensuring that the experience is integrated into the museum, HHC partnered again with Jack Rouse Associates and solicited Turner Construction Company as the general contractor on the project.

Learn more about the exhibit at Union Terminal.