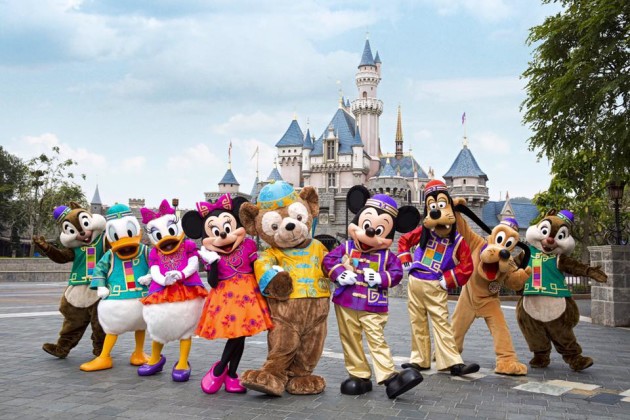 At Ocean Park Hong Kong, attendance for fiscal year 2014-2015, which ends on June 30, fell to 7.4 million from 7.6 million in the prior year, which was the highest attended year on record for the park.  The 2014-2015 year ends as the third most attended in the park’s history and the second highest for revenue. Ocean Park ranked as the 13th most visited theme park in the world according to the 2014 TEA/AECOM Theme Index, with only Disney and Universal parks in the US, Japan, and France ranking higher.

According to a report issued yesterday by Hong Kong’s Legislative Council Panel on Economic Development, Hong Kong Disneyland’s 2014-2015 fiscal year (Oct 1 – Sept 30) saw 6.8 million visitors, down 9% from the prior year. Revenue at Hong Kong Disneyland was down 6%.

Overall, visitation to Hong Kong dropped 2.5 percent from 2014 to 59.3 million in calendar year 2015.  The Hong Kong Tourism Board expects that number to drop to 58.27 million in 2016.  Between September 2015 and March 2016, the Hong Kong Special Administrative Region Government will have provided HK$10 million in matching advertising funds to ten Hong Kong attractions for marketing in 12 international regions, while the Tourism Board plans to invest over HK$300 million in promotional activities and campaigns during 2016.

Joe Kleimanhttp://wwww.themedreality.com
Raised in San Diego on theme parks, zoos, and IMAX films, Joe Kleiman would expand his childhood loves into two decades as a projectionist and theater director within the giant screen industry. In addition to his work in commercial and museum operations, Joe has volunteered his time to animal husbandry at leading facilities in California and Texas and has played a leading management role for a number of performing arts companies. Joe has been News Editor and contributing author to InPark Magazine since 2011. HIs writing has also appeared in Sound & Communications, LF Examiner, Jim Hill Media, and MiceChat. His blog, ThemedReality.com takes an unconventional look at the attractions industry. Follow on twitter @ThemesRenewed Joe lives in Sacramento, California with his fiancé, two dogs, and a ghost.
Share
Facebook
Twitter
Linkedin
Email
Print
WhatsApp
Pinterest
ReddIt
Tumblr
Previous articleHaley Sharpe Design Official Sponsor of University of Leicester’s Museum Studies Course 50th Anniversary Conference
Next articleSeaWorld Unveils Custom Mako Train in Orlando and Blockbuster Attraction in San Diego